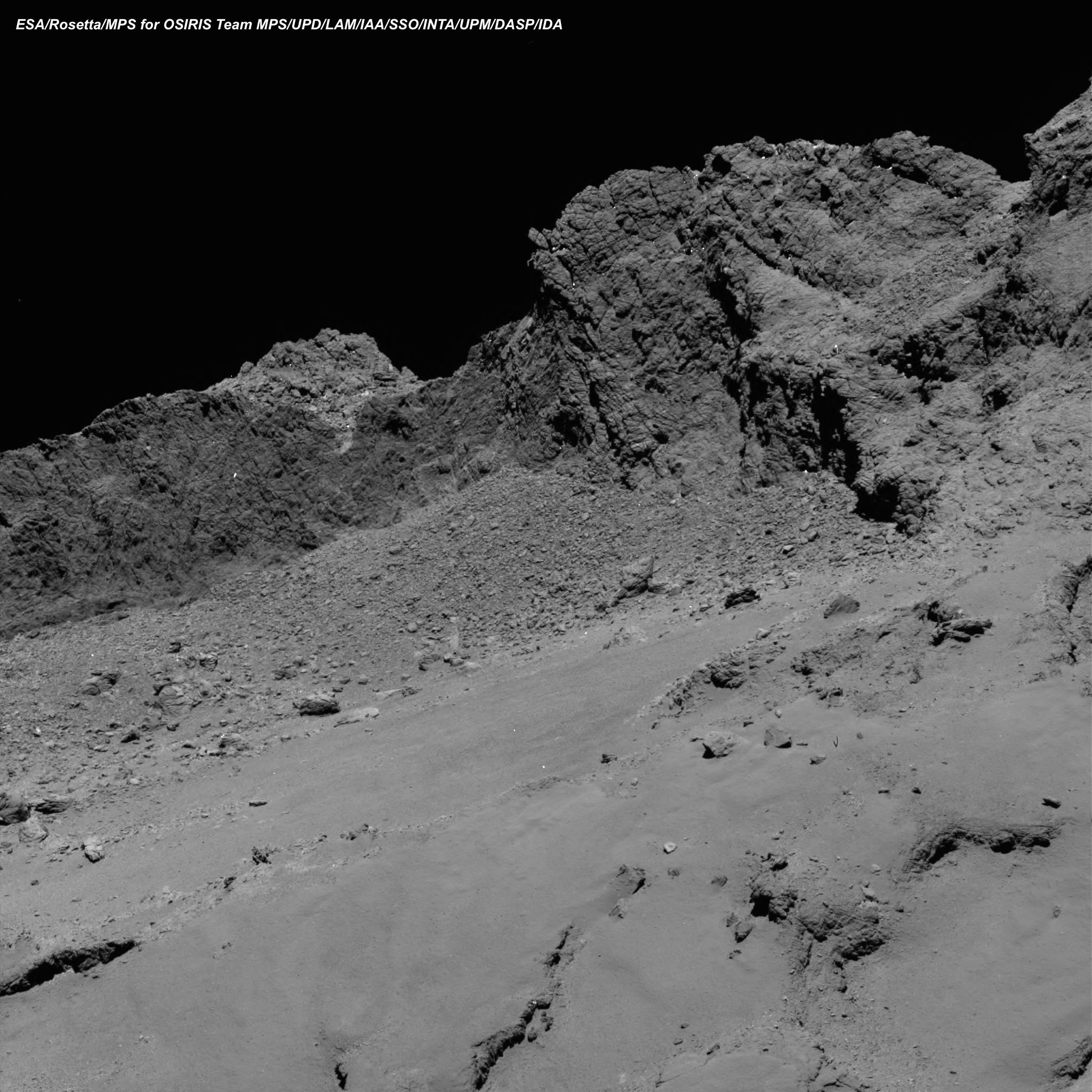 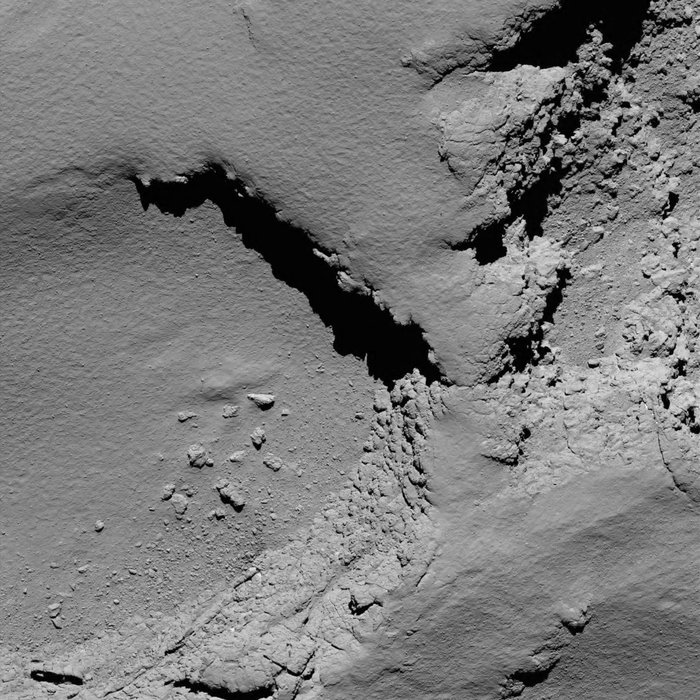 NASA coverage has begun as well.

Spacecraft should be passivated by now.

And now for the most important question. Will it bounce higher than Philae? Place your bets!

I am really some kind of sad that the Rosetta mission is over now. When I had left the German army and started into a civilian career, my first job as apprentice included fixing the computers of Philae engineers. That was 1998, when Rosetta was still aiming for Wirtanen. Since then, I had been able to tell "I was maybe just the smallest cog in a big wheel, but I contributed to it." Now this subplot of my life is really over, it was a plainly epic mission.

C3PO said:
And now for the most important question. Will it bounce higher than Philae? Place your bets!

I bet for 5 bounces. :lol: But how are we going to measure it. Anybody planning a trip to 67P?

Flight Director Paolo Ferri had the honor to send the final telemetry command to Rosetta, now its just waiting for EOS and gathering as much science data as possible in that time.

Science data from less than 600m altitude is now decoded.

TLM reports less than 200 meters and 3 minutes to impact.

Wow, no sense of scale what-so-ever.
That 16 Km pic feels like it's on the surface.

Edit: It should be "collided".

Coverage of the Rosetta end of mission event held at ESA’s European Space Operations Centre in Darmstadt, Germany on 30 September. Featuring commentary from mission experts and reactions from the main control room as Rosetta sends its last signal from Comet 67P/Churyumov–Gerasimenko, confirming the end of the spacecraft’s 12.5 year journey in space.
Click to expand...

All the "Once upon a time" episodes:

On Friday, Rosetta’s historic mission concluded with the spacecraft descending to the surface of Comet 67P/Churyumov-Gerasimenko.
Rosetta was commanded to make a final series of unique scientific measurements very close to the comet, including taking images like this one, of its final resting place.
The image shown here, in fact, was the last ever taken by Rosetta, about 20 m above the surface. The scale is 2 mm/pixel and the image measures about 96 cm across.
Click to expand...

During the last few weeks of its mission, ESA’s Rosetta spacecraft ventured closer than it had ever been to Comet 67P/Churyumov–Gerasimenko. Eventually, it came to rest on the surface in a daring descent on 30 September 2016.
This montage features the three closest images of the landscape taken by Rosetta’s navigation camera in the first half of September. No navigation images were taken during the final descent.
Click to expand...

17 November 2016
As Rosetta’s comet approached its most active period last year, the spacecraft spotted carbon dioxide ice – never before seen on a comet – followed by the emergence of two unusually large patches of water ice.
The carbon dioxide ice layer covered an area comparable to the size of a football pitch, while the two water ice patches were each larger than an Olympic swimming pool and much larger than any signs of water ice previously spotted at the comet.
The three icy layers were all found in the same region, on the comet’s southern hemisphere.
Click to expand...

15 December 2016
On 30 September 2016, at 11:19:37 UTC in ESA's mission control, Rosetta's signal flat-lined, confirming that the spacecraft had completed its incredible mission on the surface of Comet 67P/Churyumov-Gerasimenko some 40 minutes earlier and 720 million km from Earth. Rosetta was working up to the very end, collecting reams of science data as it descended towards a region of pits in the Ma'at region on the comet's 'head'.

Watch the amazing cartoon adventures of Rosetta and Philae, now back-to-back in one special feature-length production.
Click to expand...