From the local media in NL:

During his round on the beach at Vrouwenpolder, lifeguard Jasper Boeije found something very special on Wednesday morning: the remains of a Spitfire fighter plane.

At first, the employee of the Veere Beach Exploitation Foundation (SSV) thought that there was a seal along the tide line. He stopped his car to have a good look at the animal. Then he realized it wasn't a seal. What is it? That was not immediately clear. "I thought maybe it was a piece of rudder or something else from a ship."

He dragged his find to a beach post to hose it clean. Only then did he see that it might be an airplane wing. When he looked closely, he read the word "Spitfire" and realized that he was almost certainly dealing with the remains of a World War II fighter plane.

He then contacted Het Polderhuis museum in Westkapelle to find out what to do with that find. That brought him into contact with people from Wings to Victory, the museum about the air war over the southwest of the Netherlands. According to Jasper Boeije, they were very interested and also picked up the wing. According to the Middelburger, they will try to find out which aircraft it is and who the pilot was. If it turns out that the pilot is still missing, they can tell relatives what may have happened.

Progress was reported on the identification of the pilot.

"When they called this morning with the message we found some fragments of a Spitfire and they are made of wood, I thought: that can't be right. Because almost everything on the Spitfire is made of metal". "But it turns out to be correct. Because it is an extra fuel tank and they were made of wood, especially at the end of the war". "It must have been dug in the seabed, where no air could get to it, otherwise it would have rotted away. It's very special that it is still in such a good condition."

These are parts of a so-called slipper tank, which is an extra fuel tank to increase the range of the Spitfire, which itself had a small fuel tank and therefore a short range. This tank is also suitable for the Seafire, the variant of the Spitfire that could take off and land from ships. You can see that from the inscription. It is difficult to read, but if you look closely it says 'Spitfire and Seafire', so this fuel tank was suitable for both planes”.

And if you look closely at the debris, you will also see that part of it is blackened. According to Van Dijk, this offers perspectives for further research. "Because of those burn marks, there is a good chance that the aircraft was shot down. And if you also know the location, there is a good chance that it will be possible to find out which aircraft it was and who the pilot was."

Because that's what it is is all about. "Behind every wreckage is a human life. And that is what makes this work so special. To find out the story behind these fragments. So now we are going to try to find out."

The remains of the fuel tank that washed up on the beach of Vrouwenpolder yesterday come from a Spitfire that crashed off the coast of Walcheren on 22 February 1944. The body of the killed 21-year-old pilot has never been recovered. This is the conclusion of the Wings to Victory foundation on the basis of initial research. Further research should remove the last doubts.

Wings to Victory concludes this on the basis of the database that is maintained with all plane crashes during the Second World War. "We found a report about a plane that got into trouble during a flight and dropped one of its fuel tanks," says Martien van Dijk. The reports show that this did not help, "because a little later the plane crashed off the coast of Walcheren."

On the way to Gilze Rijen

The Wings to Victory database states that the Spitfire was on its way to Gilze Rijen to support other aircraft in the bombing of the airfield there. The reports are based on testimonials. "The Spitfires were never sent out alone, but always with at least two. When they returned to base, the report was drawn based on the experiences of the remaining pilot."

The plane was piloted by 21-year-old Sydney Hatfield Cheeseman. Wings to Victory has contacted England today to request additional reports. Martien van Dijk's goal is to eventually come into contact with the next of kin of the victim.

Marketting... the place where rounding is consistently confused with a ceiling function.

Bet they weren't expecting the Spanish Inquisition either. 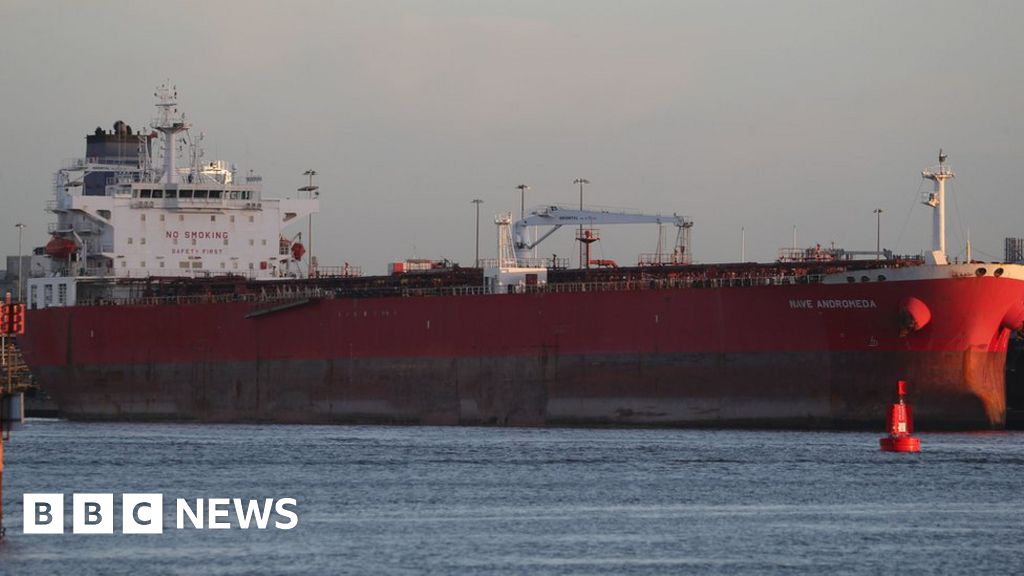 The stowaways had posed "a clear threat to life on the ship", the Defence Secretary says.
www.bbc.co.uk

Attempted piracy is not going to help them much with the asylum applications. Also nice to see the SBS get some publicity.

No it isn't. Wonder if there is something else going on here.
Why would they turn violent, where would it get them?

Evil_Onyx said:
Attempted piracy is not going to help them much with the asylum applications. Also nice to see the SBS get some publicity.
Click to expand...

It did in Germany. AFAIR, none of them got it granted, but in 2018, all pirates had been permitted to stay in Germany until the legal situation with Somalia had been solved. The younger ones wanted to stay in Germany, the youngest one even has a good chance there, since he was illegally sentenced (court made him 4 years older than he was, the prison later corrected his age based on his growth in that time) and his parents were living in a UN camp in Kenia at that time. One of the older pirates wanted back to his wife and children, but Somalia did not want him back in 2018...

Generally, what spoke for them in 2018 was, that none of them wanted to be in Germany in first place, but had to be inprisoned here, because the ship they attacked was registered in Hamburg.

I knew The Houses of Parliament had been bombed, didn't know it took till 1950 to get it back together. 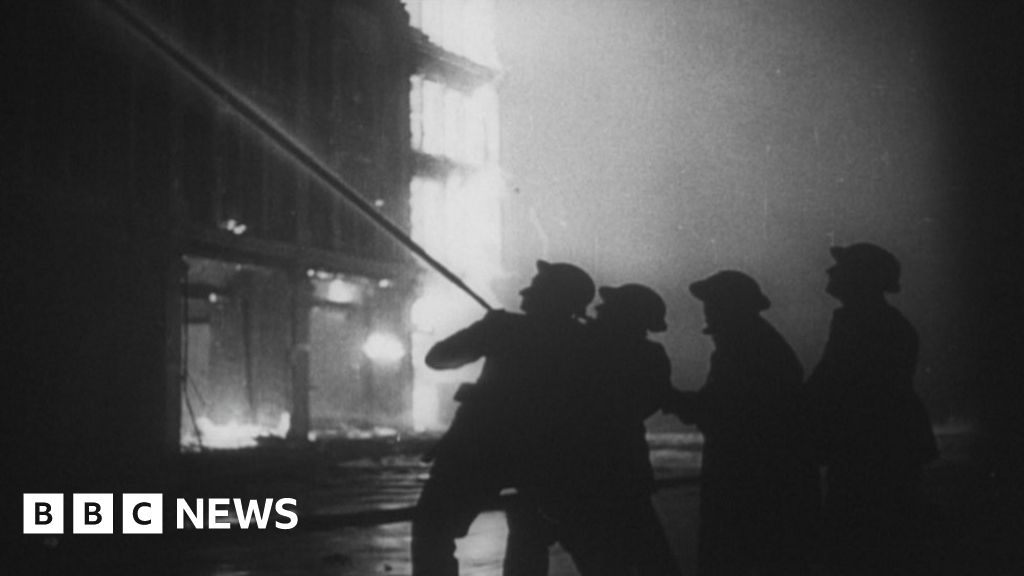 The day the Commons came back from the Blitz

Rare archive footage shows the destruction of the House in 1941 and King George VI welcoming MPs back.
www.bbc.co.uk

Flying officer Sydney Hatfield Cheeseman, 21, from the Isle of Sheppey in Kent, disappeared while he was escorting US Marauder bombers to raid the Luftwaffe-occupied Gilze-Rijen Air Base in the Netherlands. Yet neither Sydney nor his plane were ever seen again and he is presumed to have drowned in heavy seas.

Now after 76 years at sea, remains of his Spitfire have been found on a beach in the Dutch village of Vrouwenpolder.

Sydney’s only surviving relative and younger brother, John Cheeseman, 88, who lives in a nursing home in Kent was relieved to get closure after so many years. He still has cherished childhood memories of his brother. ‘It’s really cheered John up,’ said the Nursing Home administrator.

‘I remember how he used to take me out on his bike,’ he said. ‘I was about eight or nine when he went. Mum didn’t want him to go in the air force. ‘We were told he’d gone missing not long after it happened’.

Records show the raid was a success, with the occupied airfield pounded by 89 tons of high explosives, destroying an estimated 50,000 litres of fuel.

The remains of the Spitfire found last month will form part of the collection at the Wings to Victory, a Second World War museum focused on air operations over the Netherlands.


My uncle was on HMS Cattistock, a Hunt Class Destroyer then, though on Gold Beach. Sadly never talked about it. 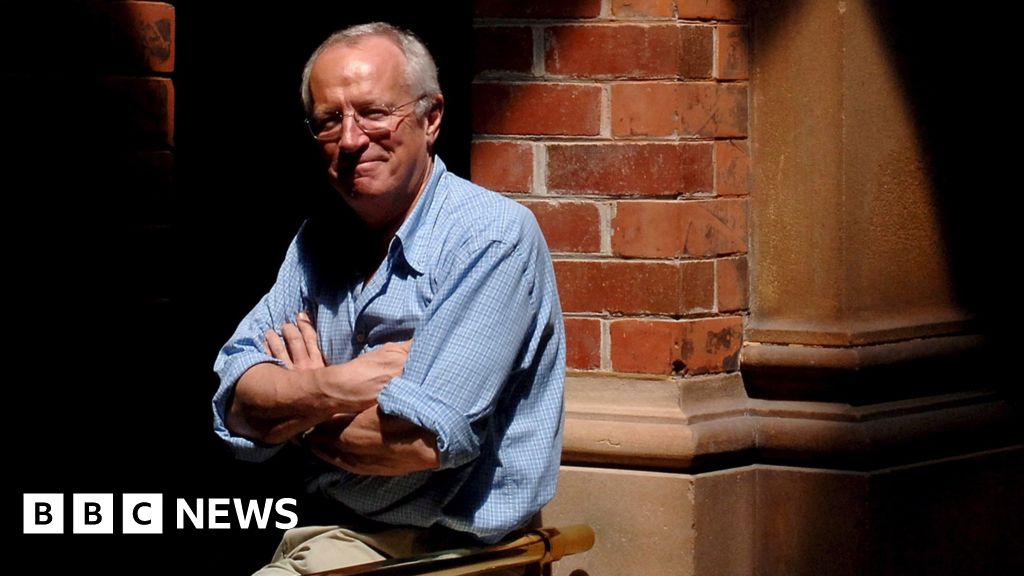 Probably not known outside the UK, did excellent reporting from the Middle East.
Took no prisoners.

Sad to see him go.

This is increasingly relevant these days: 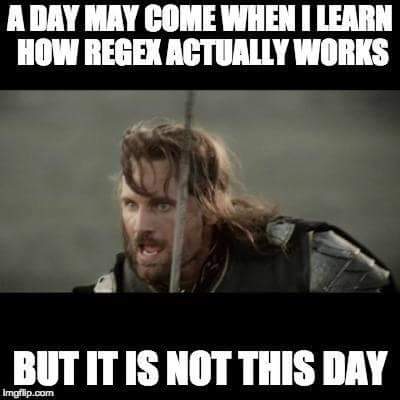 I thought I had the basics down, but somehow I'm just not getting any matches today... 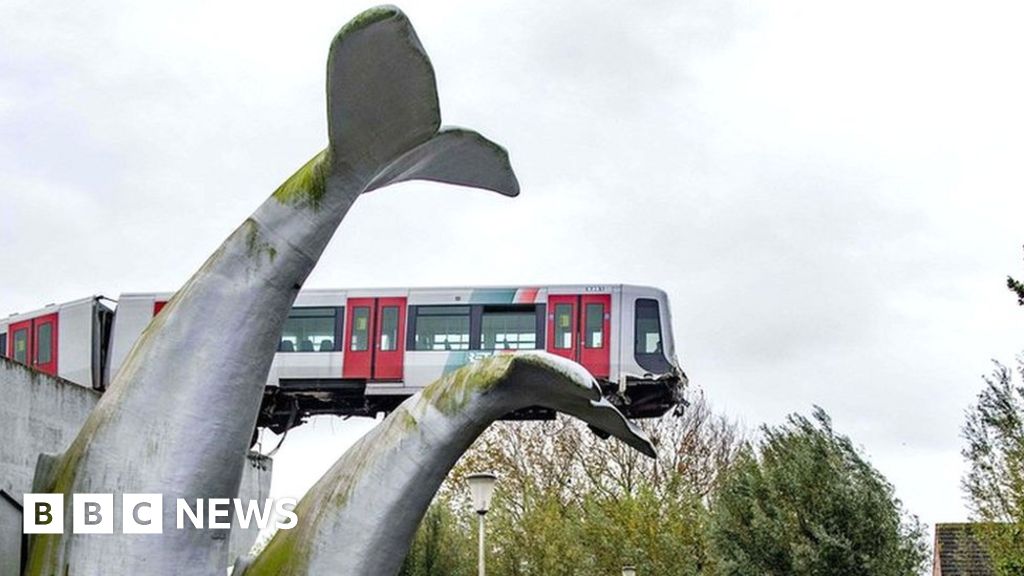 A metro train that crashed through a barrier near Rotterdam is left suspended thanks to a sculpture.
www.bbc.co.uk

Holy...
And some people think art is useless!

The sculpture, titled Whale Tails, is the work of the architect and artist Maarten Struijs, and was erected in the water at the end of the tracks in 2002.
Mr Struijs told NOS that he was surprised the structure did not break.
"It has been there for almost 20 years and... you actually expect the plastic to pulverise a bit, but that is apparently not the case," he said.
"I'll make sure that I get a few photos," he added. "I could never have imagined it that way."
Click to expand...

Well, its got a new tale to tell now!

I thought I had the basics down, but somehow I'm just not getting any matches today...
Click to expand...

I find myself in the same situation. Every time I think I know how to write the expression I need, I get everything back, or nothing.

n122vu said:
I find myself in the same situation. Every time I think I know how to write the expression I need, I get everything back, or nothing.
Click to expand...

Damn... and I don't even have a problem using captures for quickly scanning through large log files.

But I still prefer changing the log format to JSON or use ElasticSearch over doing any RegEx-Magic, because RegEx is versatile, but means hard mental work...

Does anybody here have experience with Rust? I just tumbled over a nice Roguelike programming tutorial in Rust, but the more I try it, the more I feel like I maybe understand 1% of Rust by it. Its must still be close to C++, but the semantics are way more arcane to me...

Urwumpe said:
Damn... and I don't even have a problem using captures for quickly scanning through large log files.

But I still prefer changing the log format to JSON or use ElasticSearch over doing any RegEx-Magic, because RegEx is versatile, but means hard mental work...

Does anybody here have experience with Rust? I just tumbled over a nice Roguelike programming tutorial in Rust, but the more I try it, the more I feel like I maybe understand 1% of Rust by it. Its must still be close to C++, but the semantics are way more arcane to me...

That would be me. Read the book and expect to fail multiple times before it clicks.

The learning curve is steep but worth it.