Thx, Ripley.
I had the beta18 (plus the D3D9Client.dll-fix dated Feb 16th, 2016) installed as well, but stopped using it for the above gallery pictures as the microtexture feature just doesn't look "right" (despite being a good idea) due to the impression of repetitiveness of the terrain, and because the microtexture pattern was not seemlessly merging to its neighbors, thus leaving a visible grid-like structure.

I was about to write a post about this to the D3D9 thread, but wanted to make sure beforehand that it wasn't an installation fault on my side.
Also I remembered having a tool "InfinityTextures" some time ago that was able to automatically convert a texture image into a seamless pattern - if it will run on Win10x64 then I can offer to try to apply it to the microtexture pattern, but need to understand where in the client this microtexture pattern is located (../Textures/D3D9Moon_B.dds ?). I am also about to test the beta 18 with stereoscopic 3D (NVidia + Shutter Glasses), but need a bit more time for this over upcoming weekend. When done, I'll add a post to the D3D9 thread, and hopefully also can provide an improved microtexture pattern that is seamless, and thus not showing the border gridlines.

Basically, the client is working though, and is very promising (I cannot thank the D3D9 team enough for the great job they are doing !).

Anyway, plz see here on the before-mentioned problems, and compare these to the previously published "sight-seeing" pictures http://www.orbiter-forum.com/showthread.php?p=527490&postcount=6800:

my post from d3d9 thread can help (I edited "surface.fx" file):
After a bit experimenting with surface.fx, I changed 64.0 to 16.0 and "repetitevness" is much less noticable:

Yeah, resolution is a bit low looking from lower altitudes (~500 m) , but look is better. altough increasing resution to 1024x1024 can partially compensate this.

As for the Screenshot thread, I will replace the sight-seeing images from #6800 as soon as the microtexture feature is advancing. Too bad the image size in the forum's gallery is limited (I might try to reference a Google drive next time) - I suppose you'd love to see the 6000x1080 pixel originals in full size ... a faint impression of what a 3-monitor stereoscopic 3D surround view in Orbiter makes onto a space enthusiast.

And maybe I should think about a "The Orbinaut Hitchhiker's Guide to Moon's Places of Interest" :lol: , if there is any positive feedback by other Orbinauts. At least for me it is absolutely amazing how realistic Orbiter2015 Beta plus D3D9Client has become, when comparing e.g. Orbiter's view of Hadley with the Apollo 15 flight pictures.

Commemorating the rollout of the new SpaceShipTwo (Unity):

What settings do you use to get the edges of hills smooth?,mine are jagged as seen in my screenshots.The card is ATI Radion 1gb.

By the looks of your pics, I believe anti-aliasing should be set to higher level in your D3D9 settings.

There is not antializing available in d3d9 menu,should I override application settings in ATI menu?. vsinc is enabled.

There is, in video settings, click the "advanced" button.
T

It cannot be enabled in my version D3D9C.

Update GPU drivers, verify that Orbiter is using the correct discrete 3D device. Then, try forcing it from Catalyst.
T

That seems to have worked better.:thumbup:

This week would have been the 30th anniversary of STS-61E.

I fully admit to getting a little carried away with this new microtexturing feature.

A week ago, dragon returned from the MSS after a very successful resupply mission: 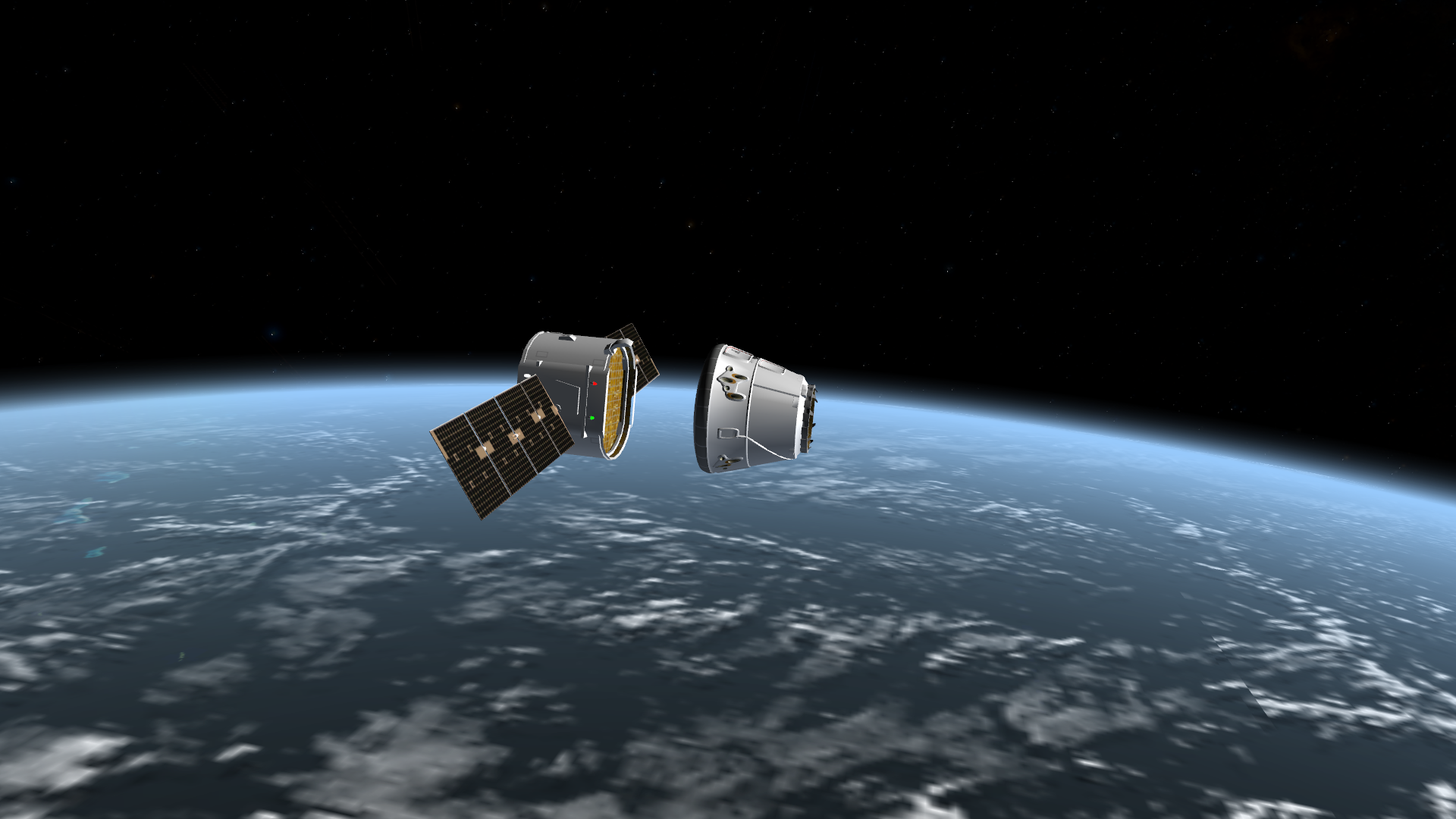 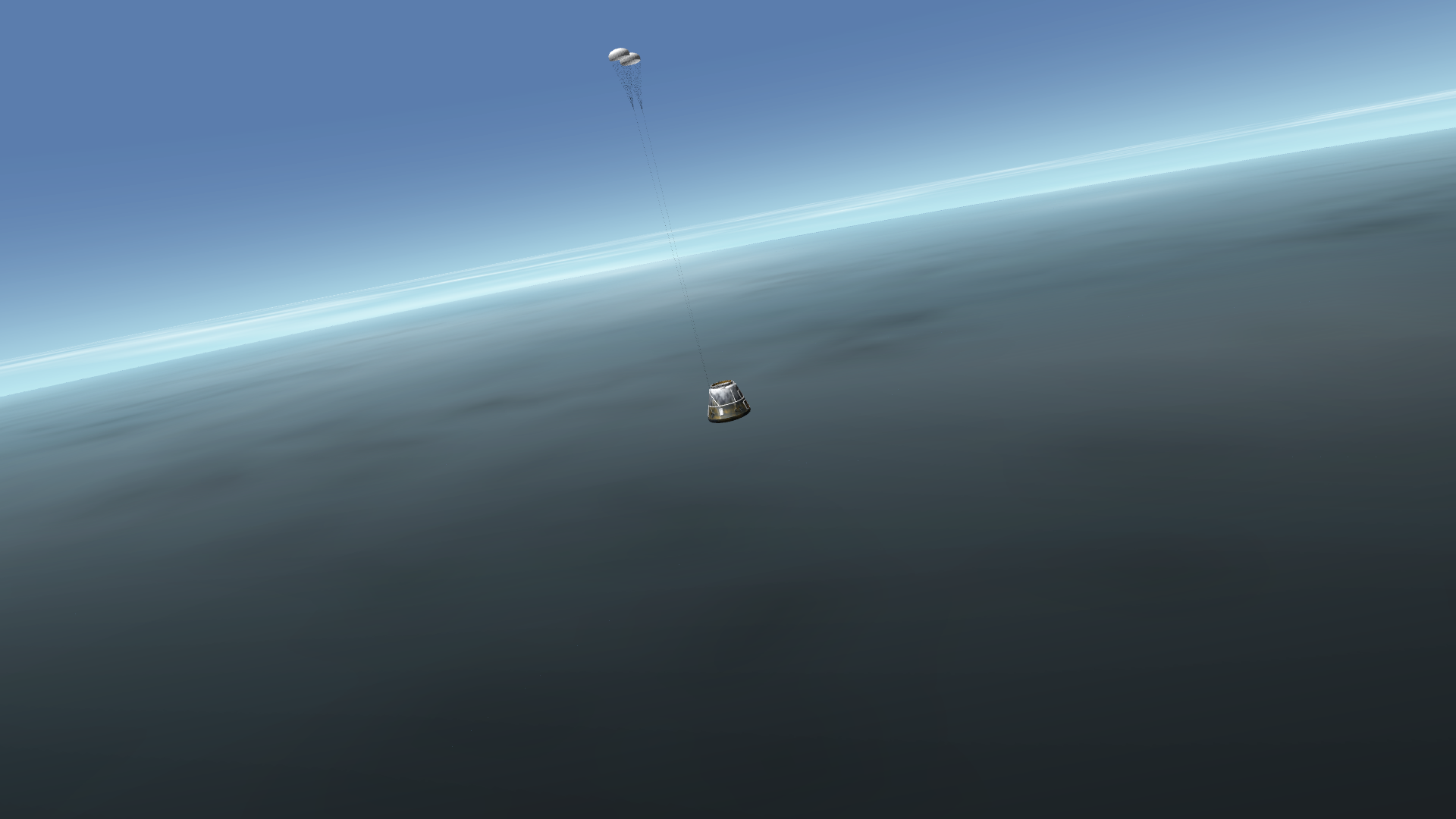 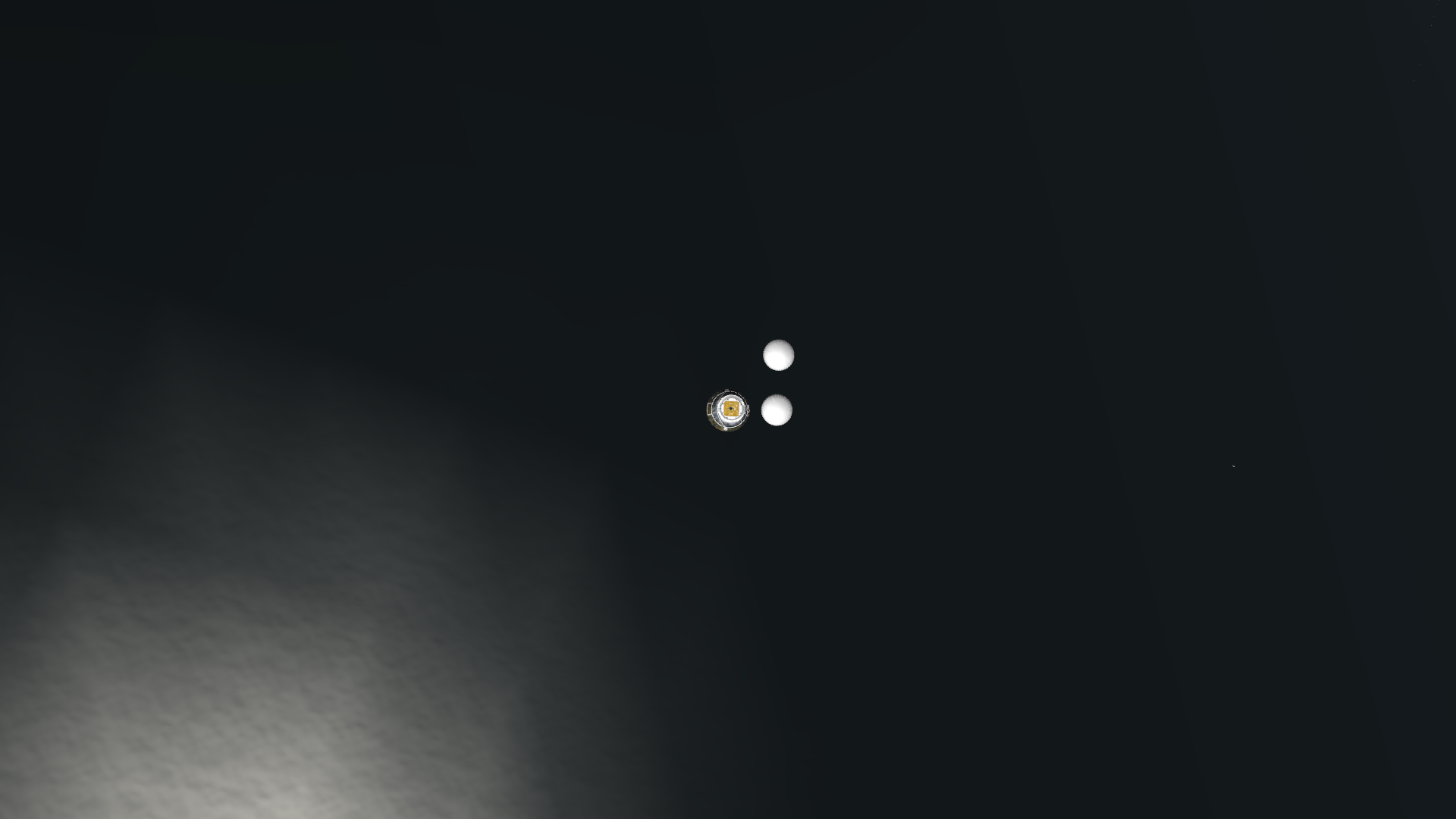 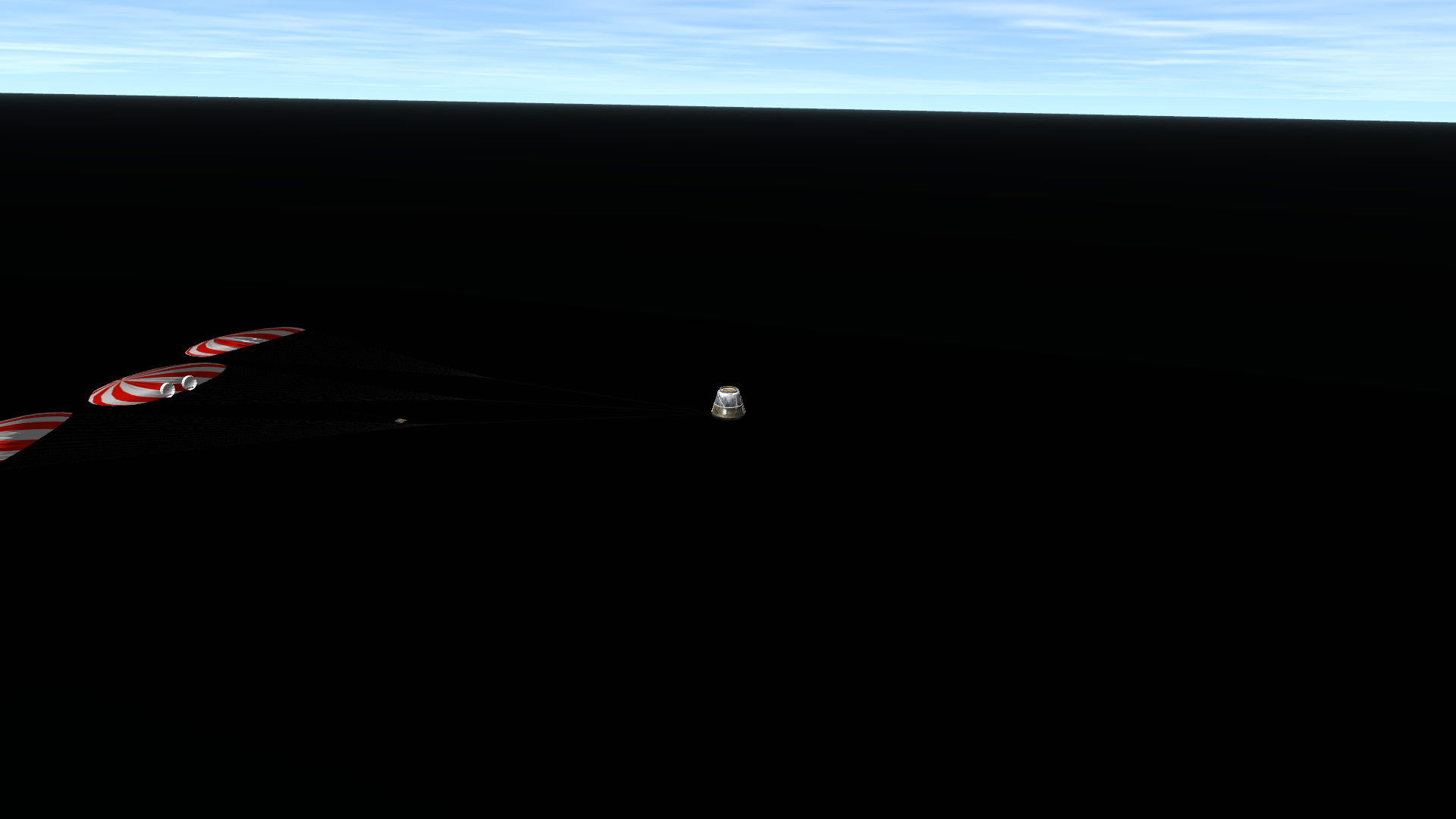 And, to continue with MSS news, MSS-7 was rolled to the pad! 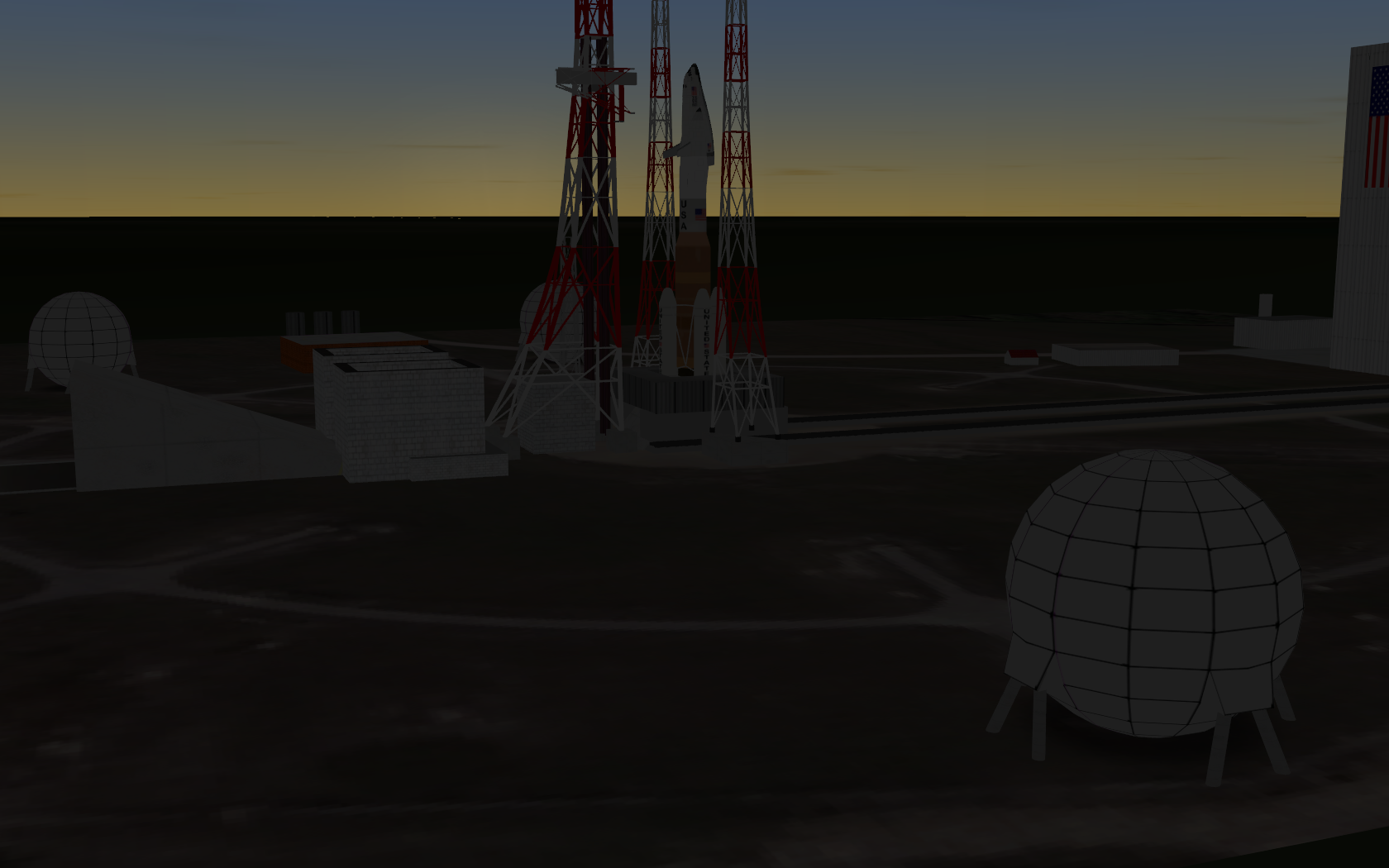 Launch is scheduled for this Saturday. This is the first rotation flight in the MSS program, as the MSS-6 is still docked to the station and will head back to earth a couple of days after the MSS-7 arrival.
J

A few shots from a latest experiments.