My antialiasing is awful ; it works better in other games. What could I do to improve thing (the NVIDIA control panel doesn't seem to do anything) ? 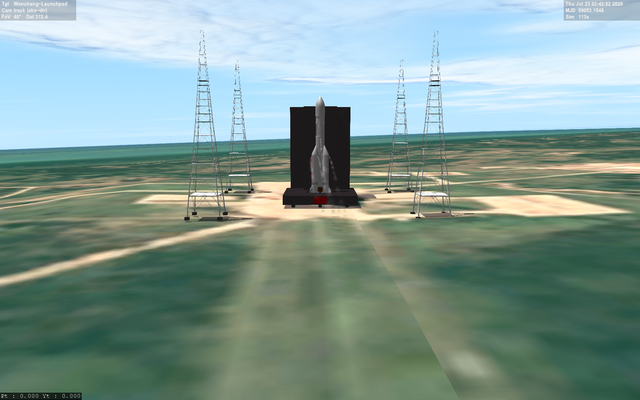 OK I got it I was on "True Fullscreen No Alt-Tab" and that mode disables antialiasing. Much better now : 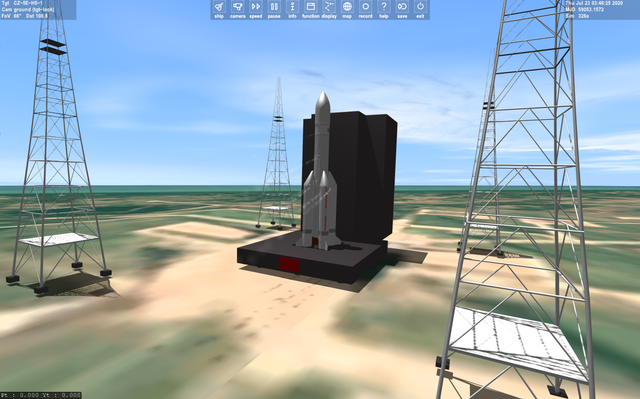 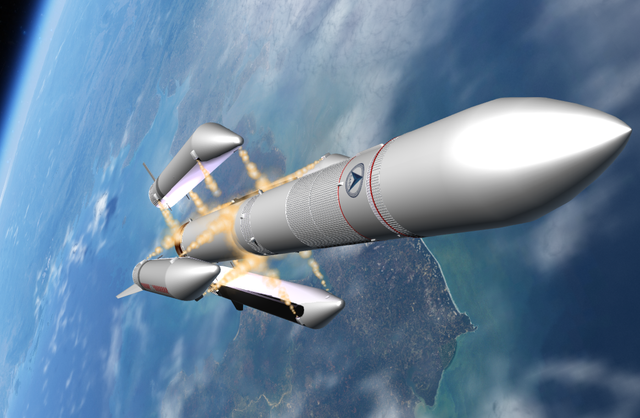 N_Molson said:
My antialiasing is awful
Click to expand...

In the D3D9 Advanced settings you can define what level to use.

In the D3D9 Advanced settings you can define what level to use.
Click to expand...

Well thing is that I was using the "True Fullscreen (No Alt-Tab)" mode, and doing so greys out the antialiasing setting. Now I switched to "Windowed Fullscreen" and activated 8x, much better.

So now I've solved the thrust vectoring issues, it is time to focus on an ascent program, and implement some details like separation motors for Stage 1/2, and implement the RCS system for Stage 2.

I made a test on manual control with a 5-tons Carina as a payload, getting to LEO was a walk in the park. I have like 95% of the second stage remaining. Tianwen-1 is 5 tons too, so all that fuel should allow a Trans-Mars Injection. 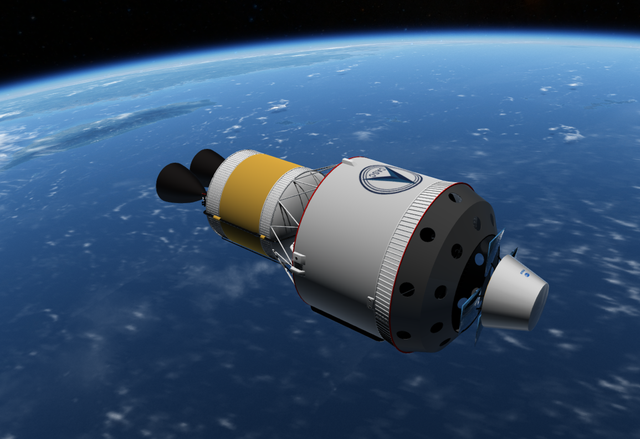 And the H5-1 stage separation motors in action : 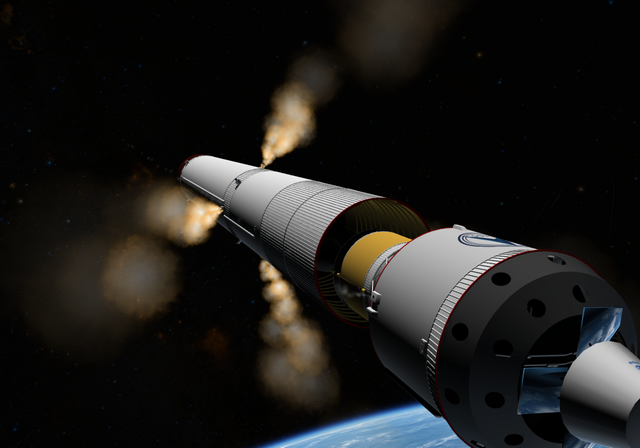 The second stage has also 4 of them, that provide safe extraction from that long interstage and the initial ullage burn for iginition (not yet implemented).

The separation sequence with the second stage separation motors firing. I wrote a nasty script that brings me halfway to LEO. The rockets tends to kick around like a young mustang but it gets the job done, and can be refined with a pseudo-PID. Now all I have to do is to write an "altitude holding and orbit circularization" thingy. 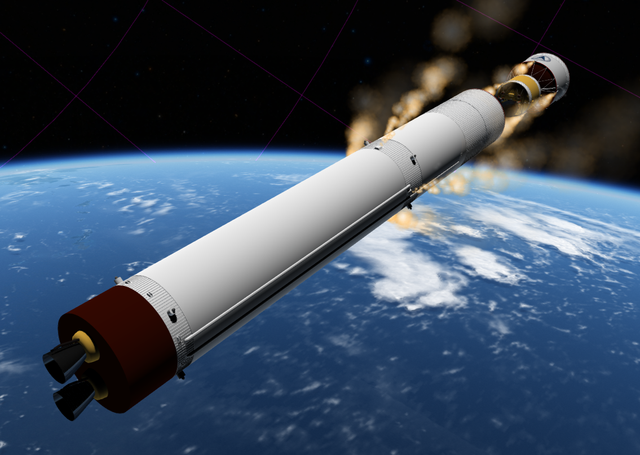 Long March 5 on the right track, using the real launch azimuth value. I'm still into the first stage ascent program (more an ascent script, really) but most of the hard work is done, now I only have to make things a bit smoother. Also working on a 7-seconds ignition sequence that matches what I've seen on Youtube (you have spark igniters, the LOX/LH2 core ignites and reaches full thrust, then the Kero/LOX boosters ignite and reach full thrust, then the boosters clamps are released. Once tower clear the roll script kicks in, followed by pitch and yaw.

@jarmonik : using the new shader, I get a yellow-ish second stage (it should be white). Thing is that the lower part of that stage and the interior material of the interstage are actually yellow-ish, so maybe it is yellow-illuminated by them ? How could I fix that ? I know it is WIP, so let's see how it works with next release. 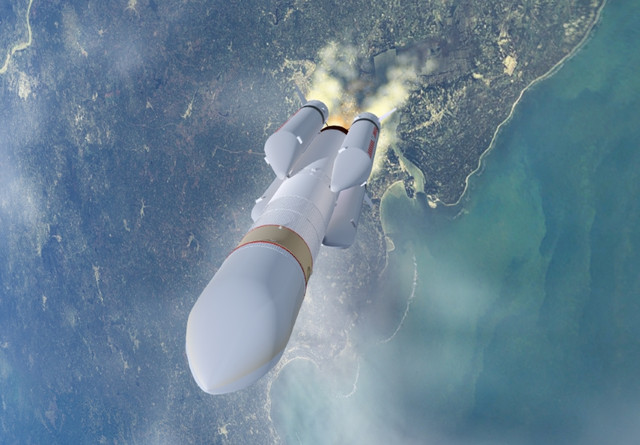 It is time to get a decent launch tower. This is the all-concrete static part ; still have to add some support beams, but you get the idea. 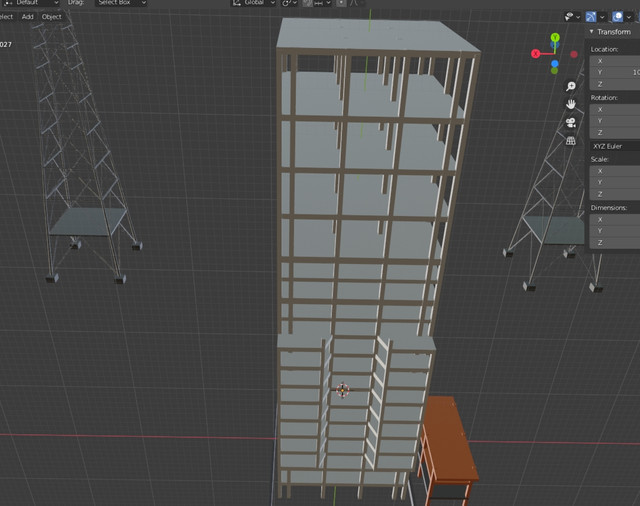 This is the superstructure general layout, I still have to detail the catwalks and handrails, but I'd say we're getting there... 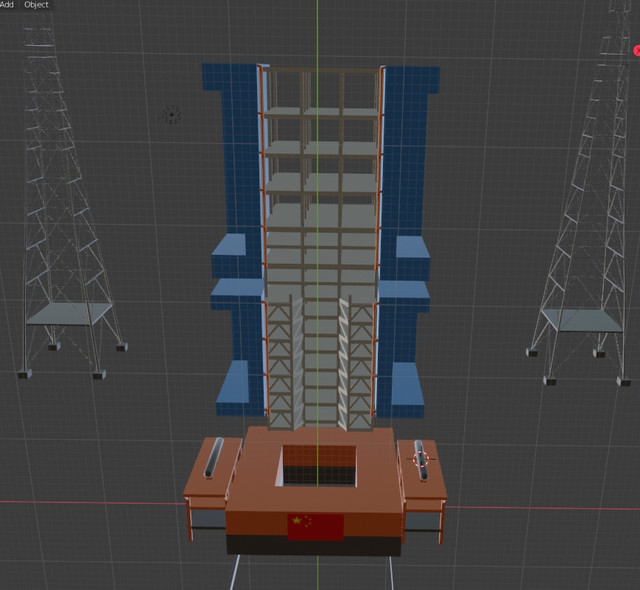 Those handrails gave me a "good time"

Also I modified the shape of the building 2 or 3 times, as I understood better how it was built. I'd say we're pretty close from the real thing now. Now I used pictures from both Wenchang launchpads for modeling, at first I wasn't even aware there was a second pad. They are similar in dimension, but the second pad is built for lighter rockets. So you might notice some inconsistencies with the "heavy" launchpad ; I'd say that's an acceptable tradeoff : you'll be able to use both launchpads if you want to.

The elevator shaft in the middle is painted with a nice tropical blue, saw that on pictures. Some pictures were probably taken right after the construction and the concrete looks raw, but on others they obviously added a nice layer of paint. 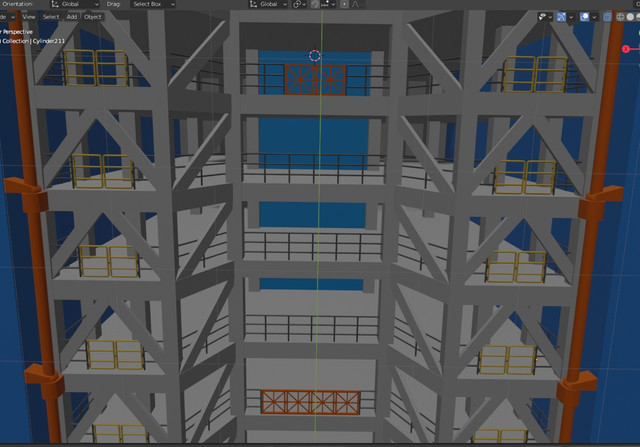 The Launch complex structures are almost looking good so far... I am expecting the intended payloads for the Long March 5 to be developed for the addon as soon as the LM5's future payloads are launched.

Sure but I have several parallel project and I can only work on 1 at a time.