Cleaning and processing the meshes, boosters and first stage finished.

Found that interesting view of the rocket interstage, featured by the company that produces the red plastic-like interfaces. So the interior is yellow-ish and there are... 1,2,3... well 12 structural rings, with the thirteenth being the circular strut you can see on the exterior. 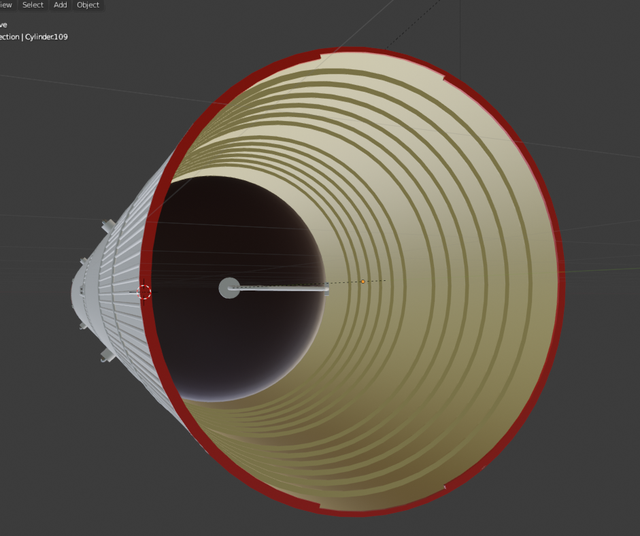 Mostly done with modeling. A few things to fix here and there, but nothing too nasty.

Here's the second stage in Orbiter (no textures, basic materials) :

A couple of normals to check, but overall, I'm rather happy with the result, hard work pays ! 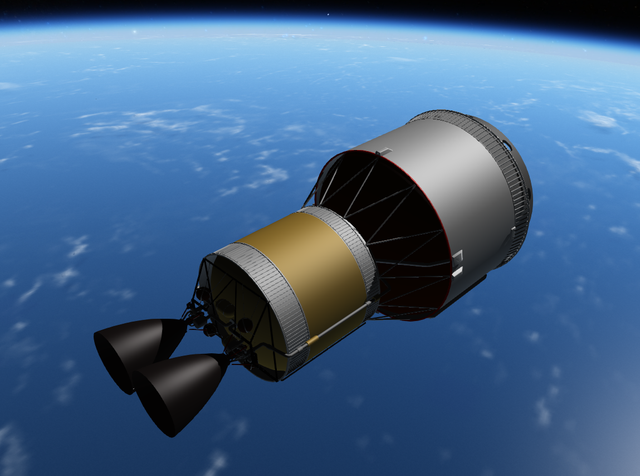 With one fairing half : 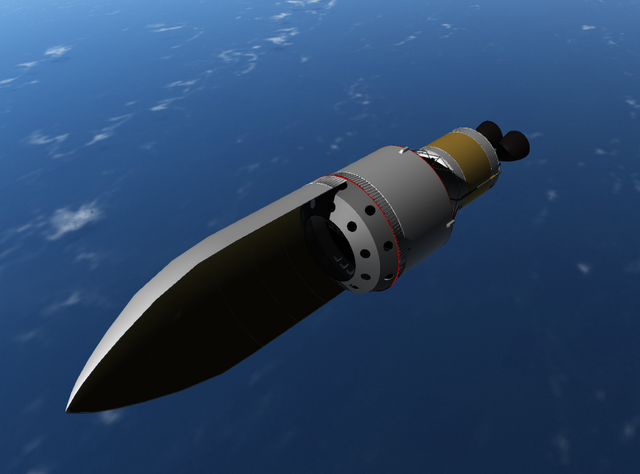 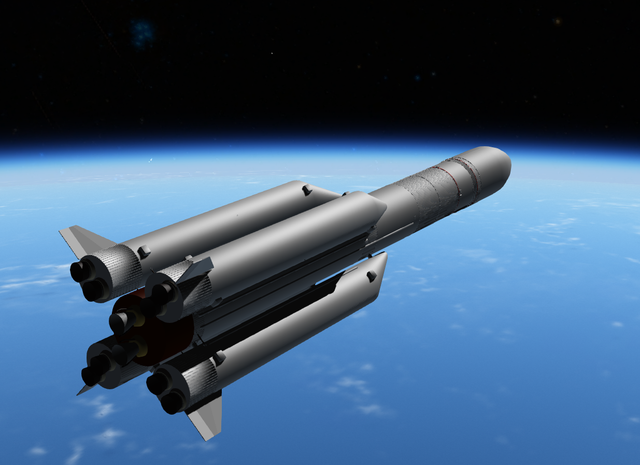 Now begins the coding work. I'll begin with the core stage (aka H5-1).

Looks really good. Flipped normals at the booster's bottom, but other than all OK!
Quite detailed, once you add the textures it's going to be great!

Looks really good. Flipped normals at the booster's bottom, but other than all OK!
Click to expand...

Yes I noticed that. Again the normals look OK in Blender. I'll try split edges then separate the faulty region in a meshgroup if nothing else works.

Also my antialiasing is awful. I need an up-to-date graphic cards ???

Normals issue fixed. I had vertices doubles and also I separated the aft bulkhead into a new meshgroup. 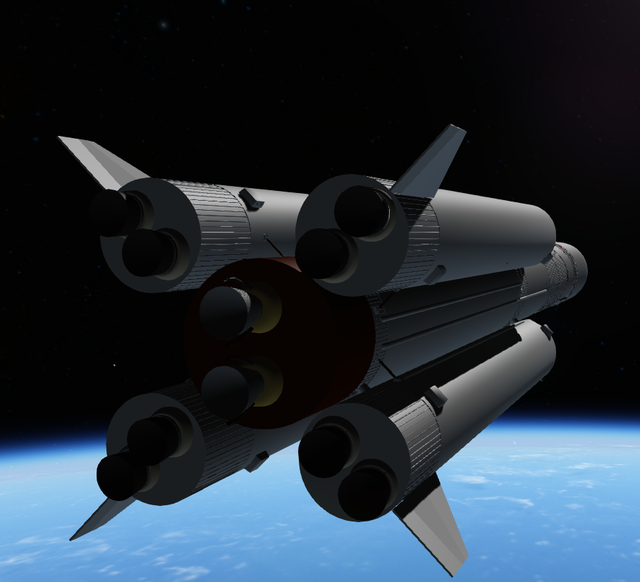 And... liftoff over Wenchang !!

Now I guess I should focus on getting control on that rocket, because right now it doesn't fly straight for too long. This will bring me back to Thrust Vectoring, and I still have issue with the maths involved... Also the Long March 5 has control surfaces (this should be handy to manage roll control while the engines focus on pitch & yaw). 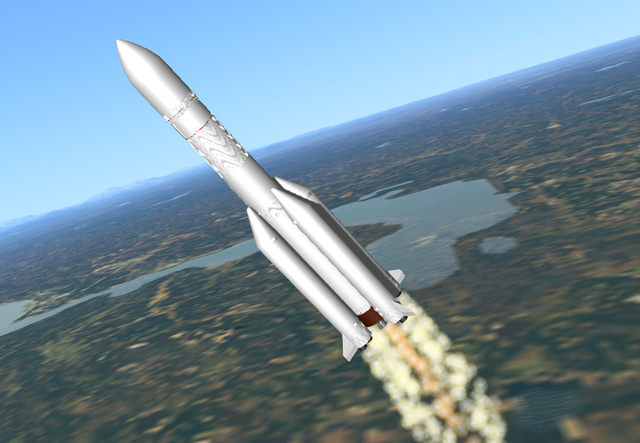 I LOVE THIS MODEL! Nice one! but without the textures, which are yet to be the finishing touch!

Jeremyxxx said:
I LOVE THIS MODEL! Nice one! but without the textures, which are yet to be the finishing touch!
Click to expand...

Yes but first we need to have the rocket fly properly to orbit, and this takes quite a lot of coding. As you say, textures will be the cherry on the pie.

And right now I'm stuck because the "F3" key you use to select spacecraft stopped working correctly for some reason, even in stock Orbiter scenarios... I'm going to have to re-install Orbiter and this will be another delay... If anyone reading this had the problem already, thanks for sharing...

Issue fixed thanks to Gargantua2024, turns out the F3 dialog box simply was collapsed, and Orbiter saves the state of the dialog boxes between sessions. Dragging down the bottom border did the trick.

Not many numbers here, but you might be able to derive the launch profile from this video:

At least you can get attitude and separation timings...

Very interesting, the boosters separate at T+180 and fairing separates very late on the ascent.

Those 180 seconds are extremely consistent with the data I have ; using raw numbers boosters sep in Orbiter happens at T+185 (letting 1 ton of propellant in each booster). This is quite good. It also means that the boosters are at 100% throttle (and maybe a bit more, like 102%) the whole flight.

It seem that the YF-100 boosters of the engines can be throttled down to 65% ; but even if I do that the boosters outrun the core in quite a spectacular fashion (unlike what we see on that video), so their setting at separation must be way lower ; though it has to be controlled precisely and combustion has to remain stable, else the assembly could spin badly during the process. Maybe they shut 1 of the 2 engines a few seconds earlier, that could work.

Playing a bit with emissive materials : 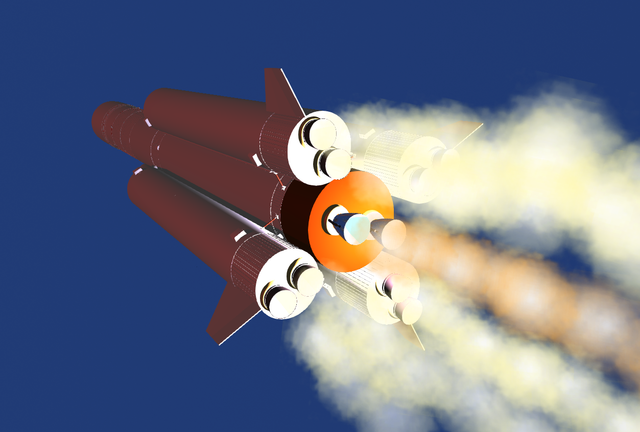 Is the rocket red hot ?

Ahah no I use a "sunrise" launch scenario which gives interesting lighting.

I might consider that for the boosters engines. The core booster has those cooling loops all over the nozzle pretty much like the SSME (difference is that those are open-loop engines that just dump the LH2 coolant overboard, while SSME recycle it). 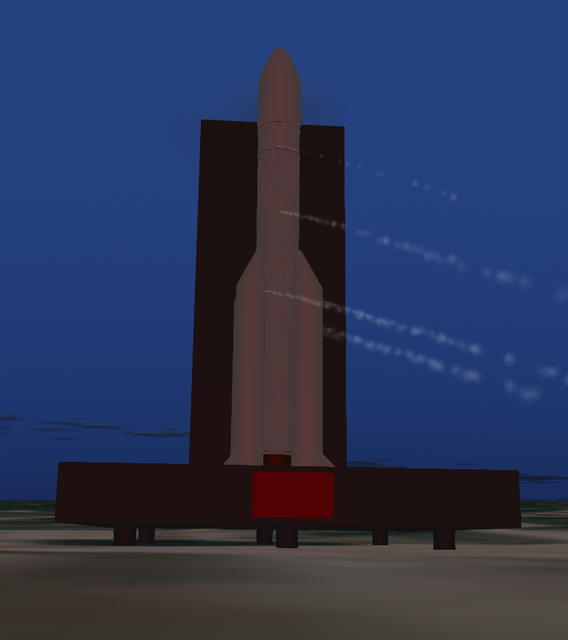 Stripes or checkers on a vehicle always look good, also made those metallic rings a separate material (can't see it there but it should shiny and a bit reflective) :

With the CASC decal on the second stage : 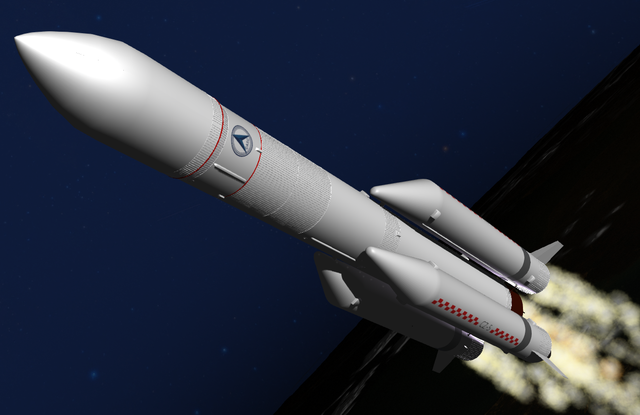 Also found an interesting view of the launchpad. It seems that platform on which sits the rocket is on rails, and moves from the VAB which is 3 km away. Then it "docks" with the tower we can see here, that's the point of those orange structures on the foreground. The tower has 2 "shutters" that rotate 180° to "wrap" the rocket with scaffolds on which technicians can work. 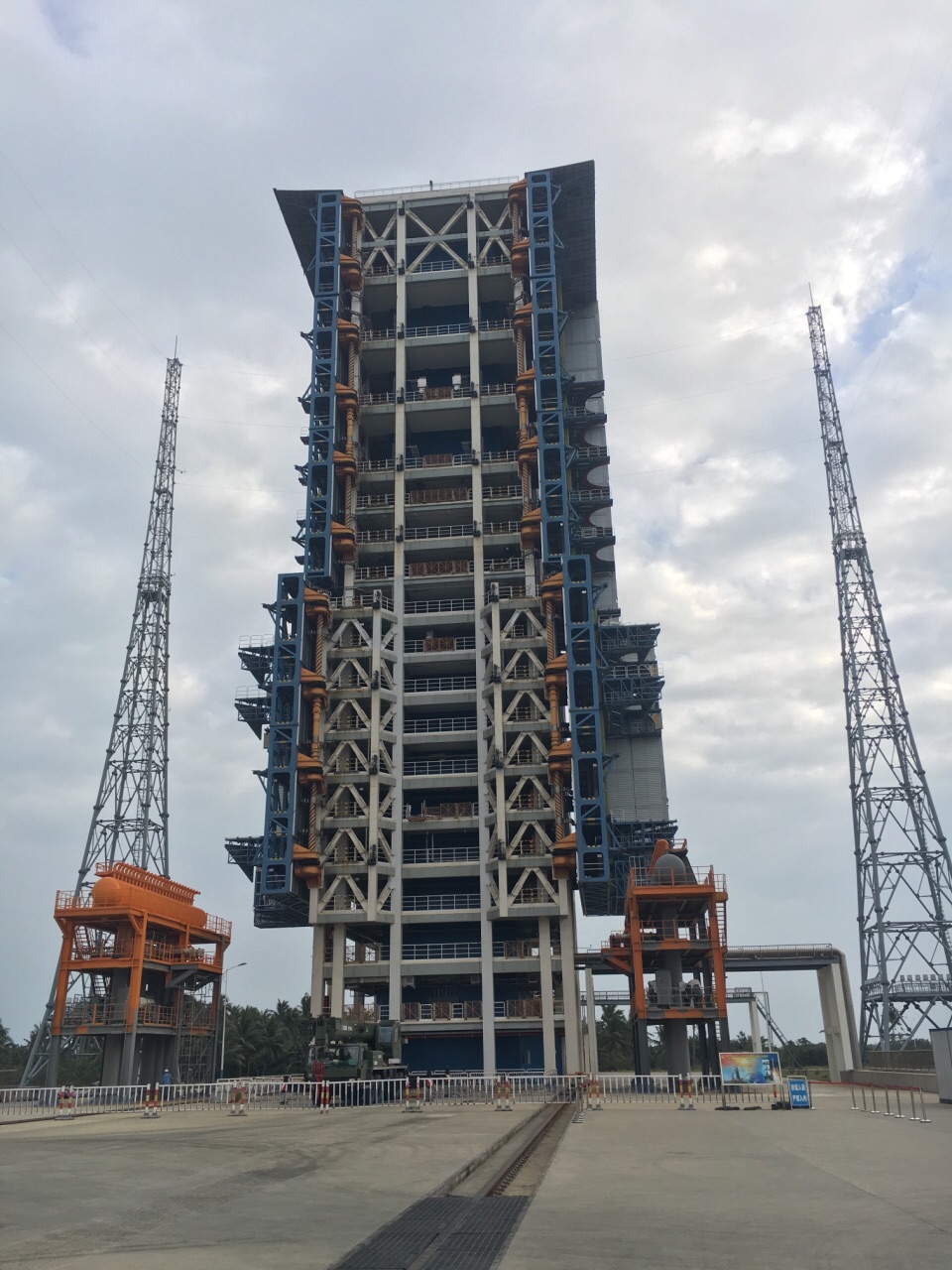 And yes I'm going to do those lightning towers. I can approximate their footprint size on Google Earth. Too bad I don't know their exact height (80 meters range ?), but I can scale the model afterwards.
Last edited: Mar 2, 2021
You must log in or register to reply here.