Go to download
Overview History
Soyuz is a series of spacecraft designed for the Soviet space program by the Korolev Design Bureau (now RKK Energia) in the 1960s that remains in service today, having made more than 191 flights. The Soyuz succeeded the Voskhod spacecraft and was originally built as part of the Soviet crewed lunar programs. This addon focuses on the earliest variants that were used between 1966 and 1981, and serves as a major update to the Soyuz 7K-series and ASTP made by 4throck, et. al., for use in Orbiter 2016! The 7K-OK is the very first version of the Soyuz spacecraft ever flown. It was primarily used as the variant of the 7K-LOK for Earth orbit testing. It flew 17 times between 1966 and 1970. To prepare for the planned crewed lunar flights utilizing the 7K-LOK version of the Soyuz and the LK lander, two 7K-OK spacecraft would rendezvous each other and dock together, one containing an active dock and the other a passive dock. Once docked, two cosmonauts would transfer onto the other spacecraft and then return to Earth

Like its predecessor, the Voskhod-3KD, the Soyuz 7K-OK can carry three cosmonauts into orbit without space suits. However, it is also the only operational variant of Soyuz to lack an internal transfer system, a feature also shared by the 7K-LOK had the N1 rocket didn't fail terribly all its four test flights from 1969 to 1972 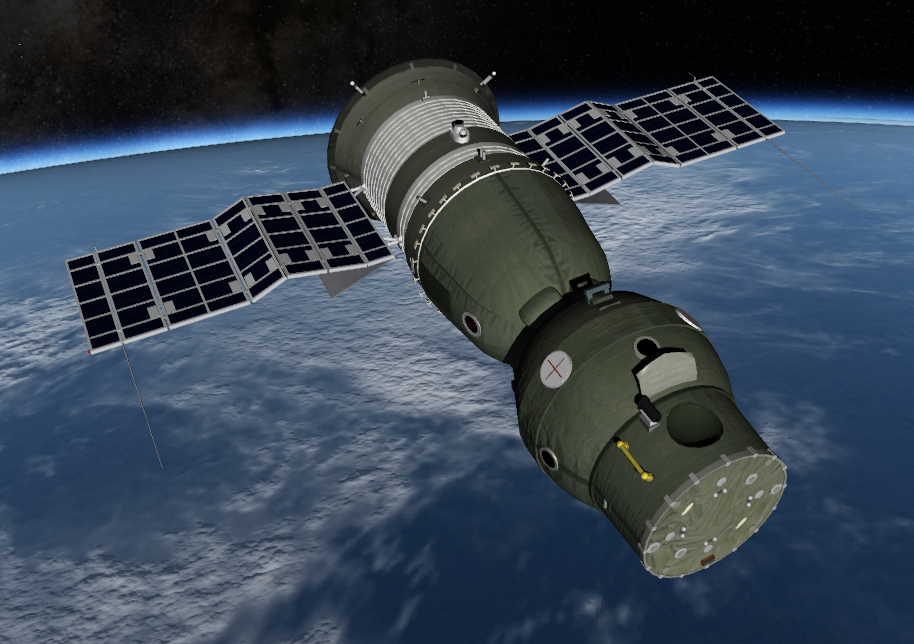 The 7K-OK(N) is a version of the 7K-OK that lacks an IGLA docking system. It flew three times between 1967 and 1970, with Soyuz 9 holding the record of the longest solo crewed spaceflight ever attempted
Aside from the long-duration endurance mission taken by Soyuz 9, the purpose of launching a Soyuz without a docking system in the height of the Moon Race is unknown 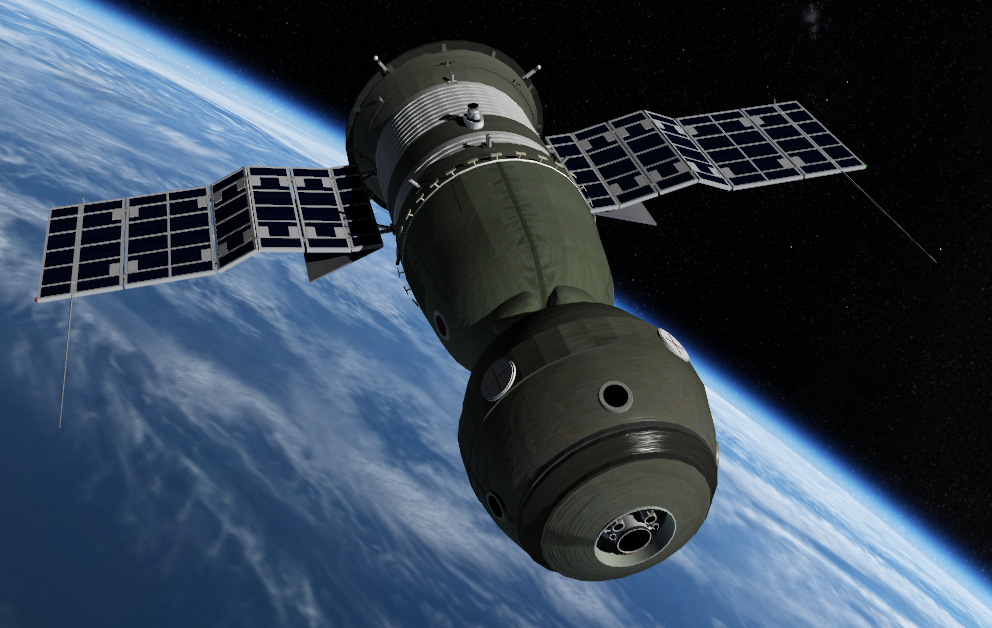 A special variant called 7K-OK(NS) flew once during Soyuz 6 in 1969, which was to record the rendezvous and docking between two regular 7K-OK spacecraft, Soyuz 7 and Soyuz 8, however precluded when all their rendezvous systems failed multiple times 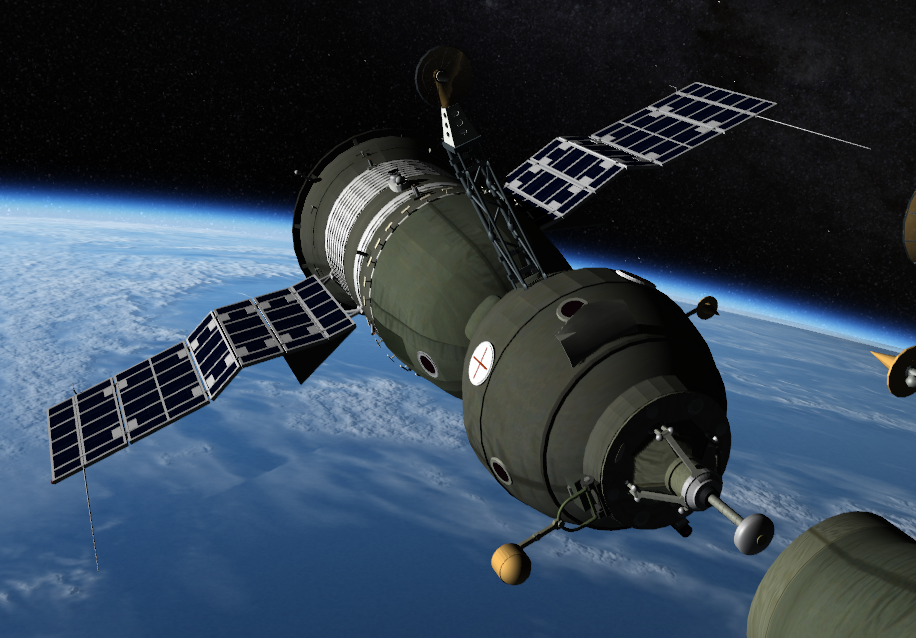 After the Soviet Union lost the Moon race in 1969, the Soyuz was gradually repurposed for space station flights. The 7K-OKS variant had an internal transfer system on its docking port to allow cosmonauts to enter a space station without conducting an EVA, a feature the 7K-OK lacks. Like the 7K-OK, it can carry three cosmonauts without space suits, however It only flew twice both to Salyut 1 in 1971. The final flight (Soyuz 11) tragically ended with all of its three cosmonauts killed when the return capsule lost cabin pressure while still in the vacuum of space. 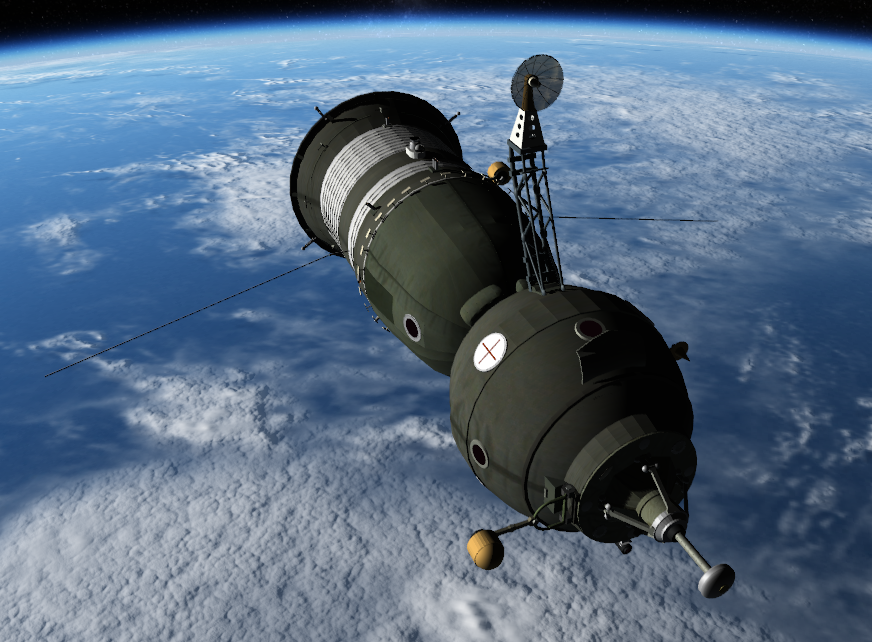 The 7K-T is the first in the second generation of Soyuz to be flown. In the wake of the Soyuz 11 tragedy, the spacecraft undergone several major redesigns, most notably its capability to carry two cosmonauts with space suits. Because of its purpose as a ferry spacecraft to Salyut and Almaz space stations, its solar arrays were replaced with rechargeable batteries. The 7K-T/A9 is a virtually identical version used for the military Almaz program. It flew 30 times between 1972 and 1981. 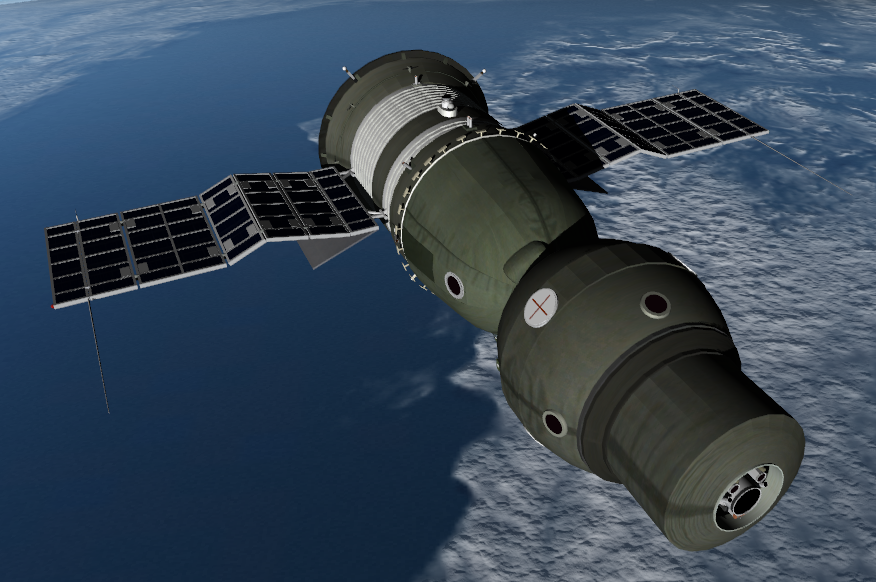 The 7K-T(AF) is a version of the 7K-T variant specifically designed for Soyuz 13, whereas the docking system was replaced by an Orion-2 telescope in front in order to observe the comet C/1973 E1 (Kohoutek) during its close approach to the Sun in December 1973 The 7K-TM is the variant used specifically for the joint US-Soviet Apollo-Soyuz Test Project in 1975. Unlike earlier and later variants of the Soyuz, the 7K-TM is equipped by an androgynous docking system called the APAS-75. It flew five times between 1974 and 1976, with the final flight, Soyuz 22 (modified into the 7K-MF6), remains to this day the last Soviet/Russian crewed spaceflight to not visit a space station

REQUIRED ADDONS:
(IMPORTANT NOTE: The Proton 3.1 and Soyuz 1.2 addons by igel MUST BE INSTALLED FIRST before you download Soyuz 7K because this addon directly overwrites their respective Missions.cfg files)

A huge thank you to 4throck for giving me his blessing to release this addon!