What chemicals can cause a reddish explosion cloud?

Just saw the pictures and videos of the massive explosions at the port of Beirut, which happened a few minutes ago.

What strikes me there is the rust-reddish explosion cloud, which I usually only saw on rockets using RFNA or similar during the Challenger accident by NTO.


The origin of the explosions was a warehouse at the port, right next to a grain silo, but the grain silo did not explode. Before the second large explosion, there had been multiple smaller explosions, like fireworks or ammunition going off.


The cloud of the first big explosion and the following smaller explosions had been gray to white, nothing too strange.

But the second explosion had brown to red cloud shooting up with little fireball being visible, before condensation obscured the view. Afterwards, a red-brown mushroom cloud was visible over the port.


Again, the explosion was massive - it destroyed a large radius around the port and caused damage and injuries through most of downtown Beirut. I would estimate the energy equivalent at at least 1 kT TNT.

Article with some pictures of the cloud here:

Not necessarily accurate, but an official report:
"Lebanon's Head of General Security says the blast was caused by a fire in a depot of highly explosive material, including Sodium nitrate, at Beirut's port. He said that material was confiscated from a ship months ago and stored there."

I have only seen black&white pictures of this... don't know if anybody is still using Cordite.

That was some shockwave!

Just heard it was supposed to be Sodium Nitrate?
F

According to the Interior Ministry, it could be ammonium nitrate, a highly explosive and otherwise toxic fertilizer. It is a similar fertilizer that was involved in a deadly explosion in Texas in 2013.
Last edited: Aug 4, 2020

Report I read said it was firecrackers stored in a warehouse there. Lots of folks injured. Not good.

Notorious stuff involved in past industrial accidents and bombs.
Used extensively as fertilizer and as a component for explosives.

I will not be satisfied until we find the person responsible for what happened to hold him accountable and impose the most severe penalties on him, because it is unacceptable that a shipment of "ammonium nitrate" estimated at 2750 tons has been present for 6 years in a warehouse without taking preventive measures that endanger the safety of citizens.
Click to expand...

According to the Wikipedia article on TNT equivalence, ammonium nitrate has a "relative effectiveness" of 42% of TNT.
So I suppose 2750 tons makes for a 1.155 kT explosion if it all goes up at once.
Last edited: Aug 5, 2020
L

The story, apparently, is that a freighter full of AN docked in Beirut for repairs in 2014, and was then found unseaworthy and abandoned by the owners. The AN was taken ashore and stored in a warehouse. Then there was an explosion and fire at what is rumored to have been a fireworks warehouse, with the fire then spreading to the AN warehouse.

AN continues to be used as a fertilizer because, unconfined, it isn't really an explosive. But there have been *so* many accidents related to large amounts stored in confined spaces that it probably should be regulated as an explosive in all circumstances.

I suppose this thread was for a scientific curiosity, and not so much the event itself, but since it's the thread we have...

Here's a video combining several angles that were posted to Reddit:
https://streamable.com/nmhwp9
L

Quick_Nick said:
I suppose this thread was for a scientific curiosity, and not so much the event itself, but since it's the thread we have...
Click to expand...

Given that Lebanon basically just tacnuked its own capital on accident, I'd say that the thread title should probably be changed to something more apropos to the newsworthiness of the event.

Wow. I'm betting that this is about the largest accidental explosion to ever have been filmed. On the numbers, it's about a third the scale of the Halifax explosion.

I would estimate the energy equivalent at at least 1 kT TNT.
Click to expand...

Congratulations Urwumpe. You win the pot, and also an entry on all the watchlists... :lol: 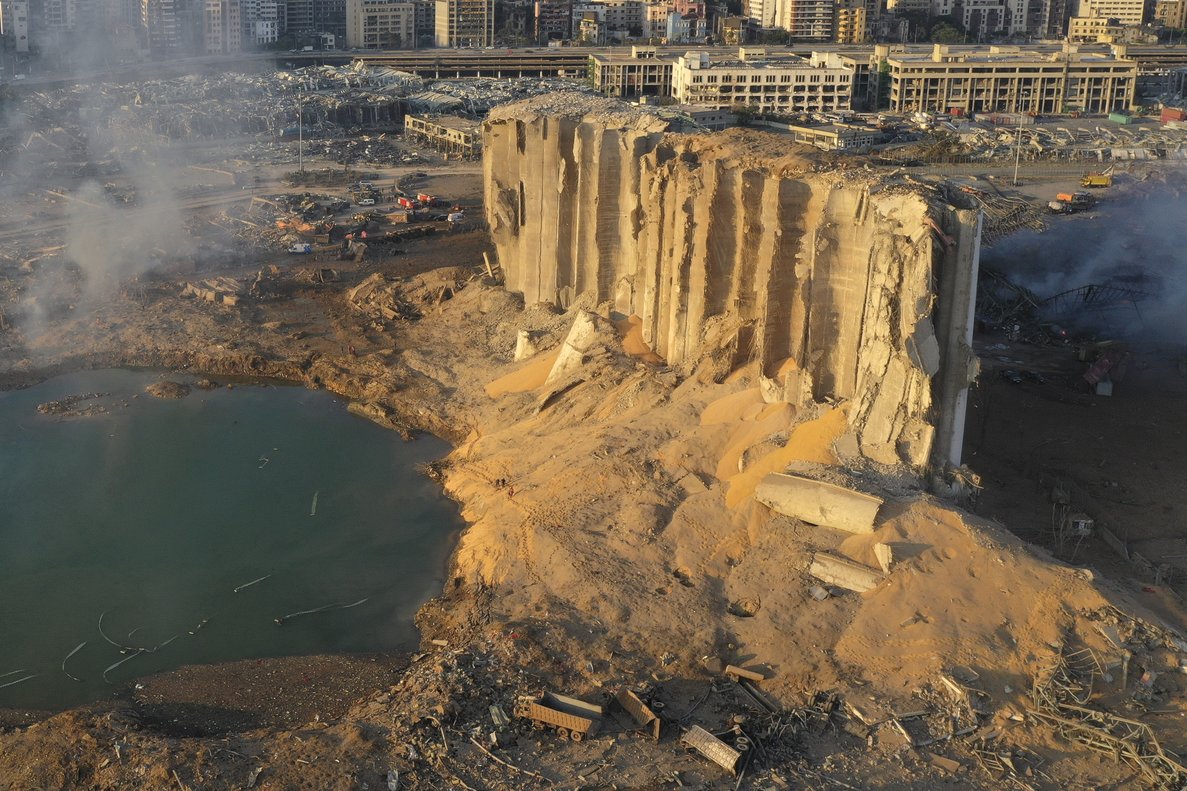 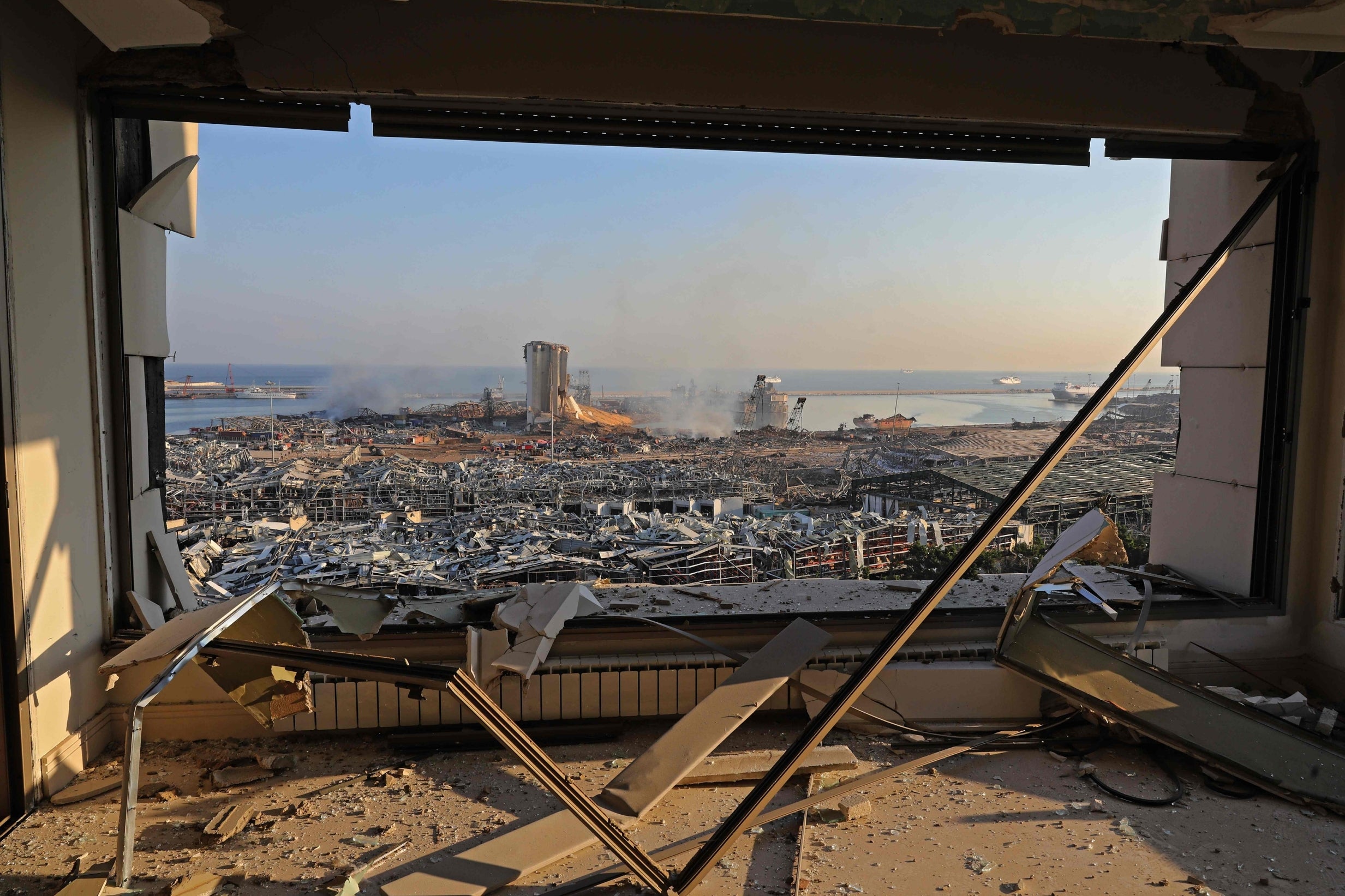 jedidia said:
Congratulations Urwumpe. You win the pot, and also an entry on all the watchlists... :lol:
Click to expand...

As if I did not get a special mention on all those lists already. :lol:

Pretty huge crater, where the warehouse used to be...

BTW, found a good theory how the reddish cloud came around - heating Ammonium nitride past 170°C makes it gently decompose into nitrogen dioxide and water, without exploding.

The mixture of the different chemicals in the cloud could have given a good indication how much of the Ammonium nitride exploded and how much of it decomposed, giving a better understanding of what exploded there and how the explosion developed.