It happened when there was a database error after I uploaded them here . . . and then went to preview the lot.

Are you saying the attachment hyperlinks aren't doing anything?

I get an invalid attachment message when I click on them.

Oh, fine! I'll do some monkeying with them. Won't be that hard to fix. 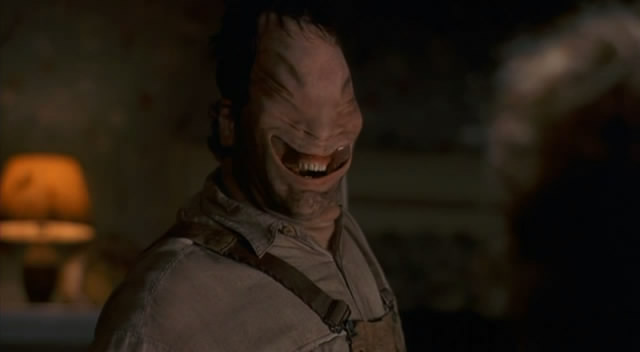 The astronauts aboard Aquila were woken by special transmission today. The song "Lights" by Styx was played for Mission Commander Greg Williams at the request of his family.

Equatorial inclination of the station was adjusted to 51.6 degrees as per instructions, and the operation involved a series of adjustment burns that took all morning. After proper alignment was verified, construction work on the station began.

The Artemis module was lifted out of Aquila's cargo bay, and in turn by remote control grappled the Habitation Module. Hard-docking the components to the station took the rest of the day. Flight Days 3 and 4 will feature EVA's by Specialists Tessa Stapleton and Ryan Demelo to connect the plumbing and electrical feeds to each newly-attached component.

Here is the view of the station from Aquila's cargo bay window as it sits now. This RSS feed will be updated the following day, or as need requires.

Getting back on topic, I like the way you put the "commentary" in.:thumbup:

The astronauts aboard Aquila and the Space Station awoke to the tunes of "Fly By Night", by Rush. Work began immediately to assess the condition of the component docking performed yesterday, and within the next few hours astronauts Tessa Stapleton and Ryan Demelo had suited up.

Noted is the first usage of the Space Elevator actually in space; a special access device used primarily on Earth for flight crews to gain access to the vehicle, this device was used to allow access for Demelo and Stapleton to space for their duties.

Work began quickly on attaching the umbilical plumbing responsible for linking the vital connections between the new components and the station at large.

Astronaut Demelo, captured on camera in the elevator,

. . . and again from the Cupola. This is expected to be the last picture taken from the Cupola at its current location. The Cupola will be moved to its new location, scheduled for Flight Day Six.

This RSS feed will be updated the following day, or as need requries.

Aquila began its voyage back home this afternoon. The official farewell ceremony was conducted this morning, and the station doors were shut by 15:05 UTC. Aquila's door closing sequence started at 15:08:30 UTC, and concluded at 15:09:01 UTC.

Aquila will re-enter Earth's atmosphere against her orbit's descending node -- that is, moving from northwest to southeast. She is expected to arrive late this evening.

"It's a funny thing, Control, looking back on her," said Mission Commander Greg Williams. "She's been our home for the last ten days. I can't wait to see her again."

This RSS feed will be updated the following day, or earlier if needed.

Aquila entered the atmosphere this evening on schedule, and was heralded by twin sonic booms heard on the ground at Wideawake International at 21:50 UTC as it passed overhead.

Lumbering around its heading alignment cone, the spacecraft maintained a distance of 20 kilometers to the runway as it settled in for final approach. The reconfigured station, prior to TMA-8 departure:

A view from the Cupola

Nice work guys, thanks! I'll work in getting the next flight released this week.

I miss having screenshots. They were the best part.

Yes, it has been a while since anyone has posted some screenshots of their mission.

Well, when/if I manage to help this project, you can be sure I'll practically litter the place with screenshots!

I just have some #15 launch ones up right now. More will follow later.

Atlantis just left for flight number 16. Simple mission, so I will try to post plenty of screen shots as I go along, keep things exciting, and prove I actually flew the thing.

Atlantis shortly after lift off from Kennedy Space Center

Nominal MECO, no OMS-1 required. Pitch manuver to capture pictures of the ET

Performing the OMS-2 burn to put Atlantis into a rough 365km orbit.

At the aft work station opening the PLB Doors and deploying the Radiators.

Atlantis is configured for Orbit Ops, ready to proceed with mission procedures. Thanks to Tex for not including the OBSS, I dont need to worry myself with that busy work

Atlantis back where she belongs, in Low Earth Orbit.

My office aboard Atlantis, the Left Seat on the Flight Deck.

Looks like it will take a few days for me to catch up to the OFSS, I will post some pics when I get closer to it and start the rendezvous.

After taking 2+ days to catch up, rose the orbit a few times, a plane change burn, then time to being rendezvous.

Was significantly off the plane of the station, so that took some juice. Offset some of the burns that raised the altitude to also get a closer relative inclination, then fixed the rest here:

Got everything checkout and set up for docking:

Approaching the station from underneath, got visual from the rear windows:

Got to about 650 feet, then performed the RPM:

Pitched up and got into docking attitude:

Until I realized that the PMA is not oriented that way, so I need to roll the Shuttle on to its side: