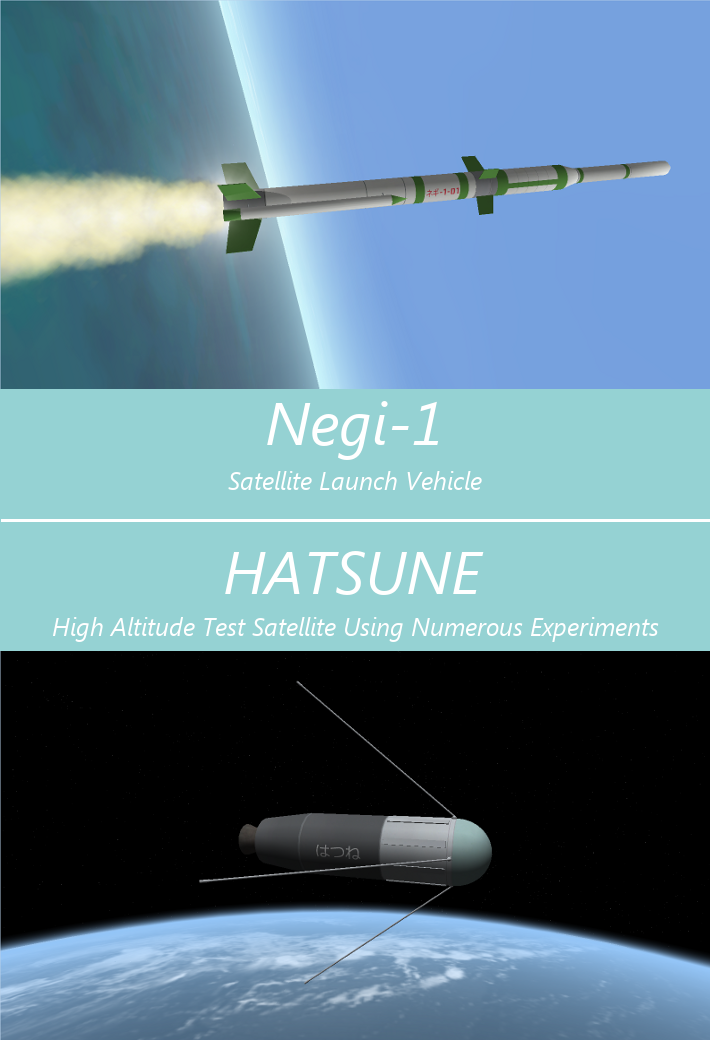 The Negi-1 (ãã®-1) was a rocket developed by the Hatsunia AeroSpace Development
Agency. Named after the vegetable also known as the âgreen onionâ or âwelsh onionâ,
among other names, the launch vehicle consisted of four stages with solid propellant.
On August 31, 1967, it launched from the Negishima Space Center* in southern
Hatsunia to put the first Hatsunese satellite into Low Earth Orbit.
(*since Negishima doesnât exist yet, the included launch scenario takes place in Cape Canaveral instead)
HATSUNE (High Altitude Test Satellite Using Numerous Experiments) (ã¯ã¤ã­) was an

satellite weighed 42.0 kg and was 1,580 mm long. It consisted of the fourth stage of the

Â· Make sure you have installed Vinkaâs Multistage2 and Spacecraft3, from to your

Orbiter directory. These plug-ins are available at http://users.swing.be/vinka/, and

are required for the add-on to function properly.

the âmodulesâ folder of your Orbiter directory).

Â· Unzip this .zip file to your Orbiter directory.

Japanese space agencies. The Negi-1 is based off the Lambda-4S rocket, and the design

of the HATSUNE is based off the Åsumi, Sputnik, and Explorer-1 satellites.

Thanks to Martin Schweiger, for creating Orbiter,

and Vinka, for creating Spacecraft3 and Multistage2If you came here to complain about how this wasn't .dll-based, then feel free to make a .dll version. Not everyone has programming skills, and your help would be greatly appreciated.