Gr_Chris_pilot said:
Have you seen the new reentry effects of version 0.19? Really nice!!!

Thanks! I'm happy with how they came out, though I would have liked to spend more time on it, tweaking and adding details.

As to your question, it should be perfectly possible, since Unity runs on D3D9 itself. The effect is all done by a shader, which renders the flames using multiple passes and a shadowmap-like occlusion system (to prevent 'shielded' parts from flaring up when protected from the airstream).

The camera setup for it was relatively tricky. IDK how that would traslate to other projects... KSP already uses multiple cameras and rendering layers, so this was just one more camera to add here. But as long as you can render geometry with a replaced shader, it should be very much doable.

:lol: have been retrying to download the update for the 5th time already

It'll still be some time for those who have bought it from the KSP store to redeem a code on steam.
H

How will addons work for the Steam version?

Now you can build rovers. Landed one on the Mun with a skycrane of my own, it was really fun. And the thing behaved well on the surface. 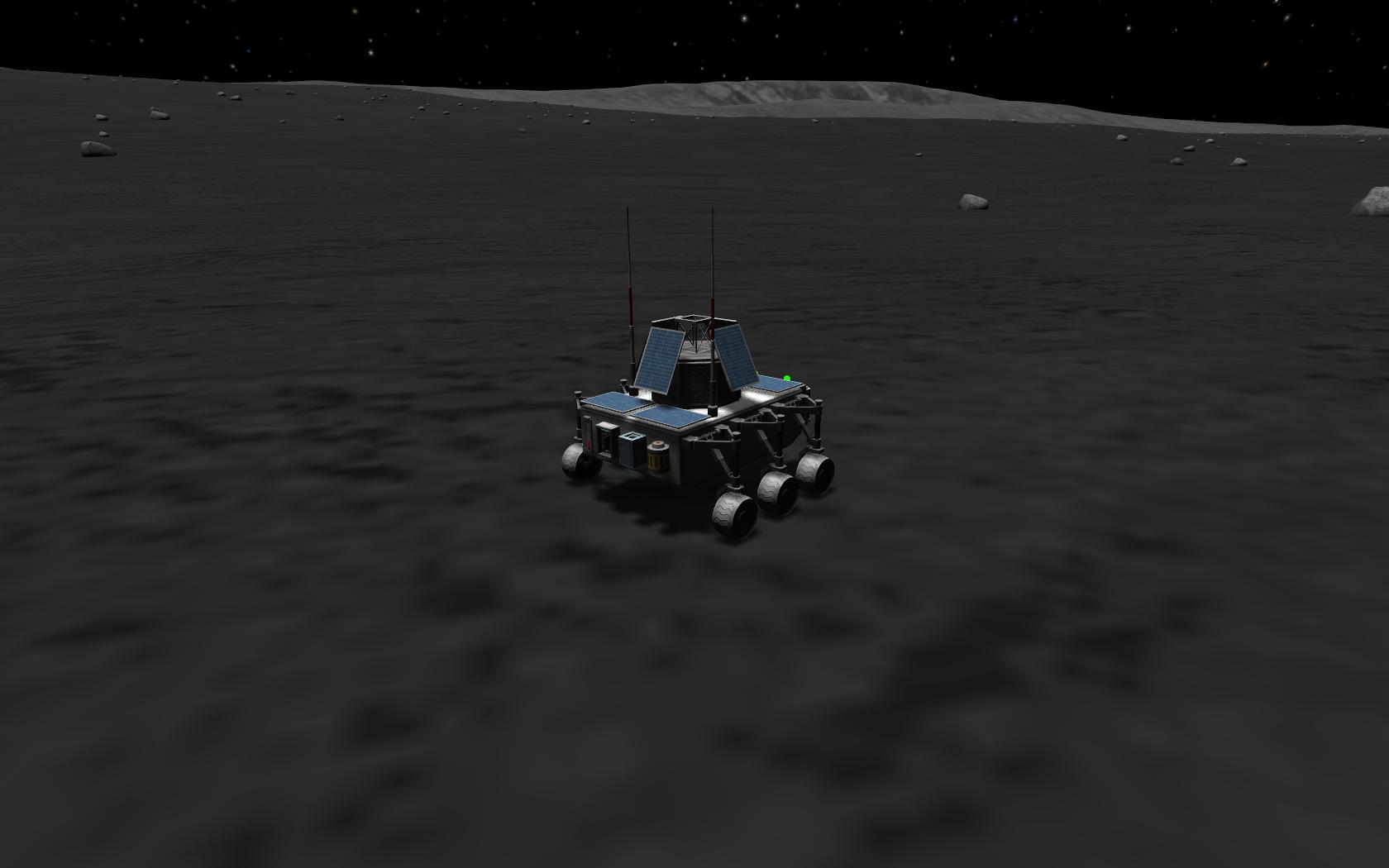 My target was the cliff at the horizon and I managed to climb it. Mission successful.

BTW I think it is apt for the mods to change the thread title to KSP 0.19.x now

That's been harv's thing. Haven't seen him 'round these parts lately.

Eccentrus said:
BTW I think it is apt for the mods to change the thread title to KSP 0.19.x now
Click to expand...

Mods don't have to know what the current version is, because they don't have to have or use KSP, but they can change the title for example when the thread is reported, or if some of them receive a PM about it, or when they are notified in other ways.

Hielor said:
How will addons work for the Steam version?
Click to expand...

The same as it is now, its just that if steam workshop is implemented, it would dump the files in place instead of the user.

Traveler out of time

I freaking love this game. lol A FB friend turned me onto it and I finally got a stable orbit tonight. Two in fact from two separate rockets. I know its not a lot but I'm kinda proud of myself. Good to know my fellow orbinauts are playing. Now the two sims need to collaborate!!! lol Orbiter + KSP = EPIC SIM! lol

well KSP was inspired by Orbiter, and if you paid attention, the creator of this thread was no other than HarvesteR himself

I can't wait for the re-entry heating to be implemented. I can already smell toasted Kerbals :lol:

N_Molson said:
I can't wait for the re-entry heating to be implemented. I can already smell toasted Kerbals :lol:
Click to expand...


Well, the question is then: What is the Q_{destruction} of a Kerbal capsule? And can you install additional heatshield modules for protecting you? :lol:

That's a very interesting question, indeed. I guess there are going to be heatshield modules, because you'll need them to protect frail stuff like probes/rovers from atmospheric entry anyway. I think it would be a good idea to have to add heavier shields for interplanetary re-entries, as some kind of "penalty".

What I know for sure is that, currently, each part you use to build the rockets (and it includes capsules) has a "maxtemp" parameter. You can even modify this parameter in the .cfg file (the files structure is very Orbiter-like).

The part is destroyed when this parameter is exceeded. It is already possible to do it with exposing parts to engine exhausts (hotfire separations are perfectly doable), that produce heat depending of the type and the thrust of the engine (there is another parameter that says how "hot" is an engine exhaust).

The reentry effects implementation shows that Harv' & his team have managed to determine the parts exposure relatively to the airflow, as well as dynamic pressure.

So yeah, this is quite exciting. :yes:

Hmm... but not Heat Transfer Coefficient or other fanciness. Well, can't be perfect anyway.

I don't know. My guess is that it could come later : parts like radiators, cooling modules and overall heat management could really add to the gameplay. Also the game engine allows the transfer of physical forces between parts, so why not heat (as some other kind of force) ?

After all they didn't began to work on the life support chapter yet.

Well, the HTC describes how heat is transfered by conduction between air and spacecraft. Heat shields generally have a very low HTC, while other parts have no especially low HTC. A good heat shield heats very slowly, while a unprotected spacecraft would quickly disintegrate.

Ah ok, like a factor that determines how fast a part heats. No idea on that, I'll try to ask on KSP forums...

Parts with high conductivity would make good thermal conductors, like heat pipes... and if their dissipation is high also, they would be good radiators.

Currently, this system is only used to model heat produced internally, from engines mostly... But it can be used for just about anything. We just haven't had a chance to get to it yet.