The big issue is that the US being in NATO and Eastern Europe being in NATO are both good ideas, but not simultaneously. Problem is, if either the US or Eastern Europe leaves NATO (or isn't admitted for Ukraine et al.), then Putin will take liberties with Eastern Europe. And if both remain in NATO, in particular with more Russian border states joining, then Putin will (or will claim to) feel threatened enough to start a war. The situation is on a knife edge, and I'm not sure western leadership is cluefull enough, or Putin trustworthy enough, for there to be a happy ending.

UK preparing for 'crisis mode', as weapons flown to Ukraine to defend against Russian invasion

In service with the UK, Finland, Sweden and Luxembourg, the Next Generation Light Anti-tank Weapon (NLAW) is designed to be used by non-specialist troops after minimal training."
More info on the weapon in the article.

UK politics is occupied at the moment trying to figure out if Prime Minister knows what a party is(Boris lying to Parliament). Could finish him.

No appetite here for direct involvement in Ukraine. Special forces, training, logistics, air power/anti-aircraft as far as it goes.
Would expect UK to back up NATO, but British troops shooting at Russian forces will not go down well.

I doubt that this will ever be a problem for Boris, lying to people is his biggest strength.

Also, nobody wants to shoot anybody right now. And if this starts to happen, British forces shooting at Russian forces will be the least of our worries.

He was sacked as a journalist for lying and he found his moral compass as a politician. He'll probably get away with this, Tories don't want a leadership competition.

"Coverage of the ISS Expedition 66 Russian Spacewalk 51 to Outfit the Nauka Multipurpose Laboratory Module."
Cosmonauts Shkaplerov and Dubrov; spacewalk starting in the next few minutes. Scheduled to last seven and a half hours.

I am not sure I ever watched anything that made less sense than the Season 2 finale of DOTA... And I saw both BSG and Game of Thrones.

jedidia said:
So I was looking for a graph drawing tool like yEd, except with some better export options and filtering capabilities. After not finding anything suitable
Click to expand...

Just leaving this here in case somebody else finds it helpful: I stumbled over gephi, and it does pretty much everything I need. Fully customisable node and endge attributes, flexible visualisation with filter querries that can be defined via UI, some decent export options out of the box and a bunch of plugins if you need something else.

If anybody else is looking for a graphing tool that is primarily geared for data instead of presentation without having to start hassling around with an actual graph database, this seems like a really great tool. Feels a bit like the "excel of the graphing world", if that comparison makes any sense. 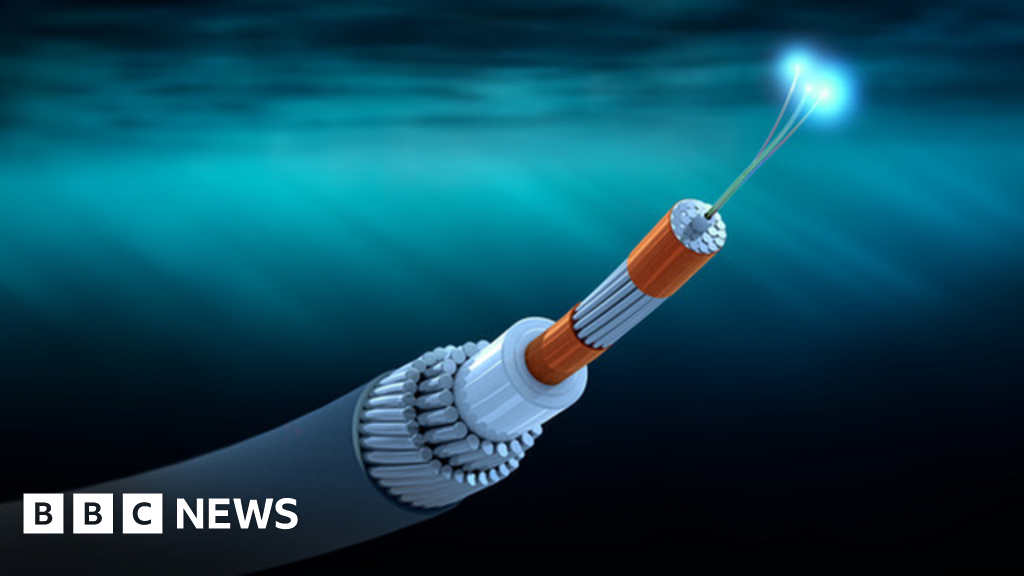 How will Tonga's broken internet cable be mended?

What does its breakage tell us about the problems of getting coverage to remote areas?
www.bbc.co.uk 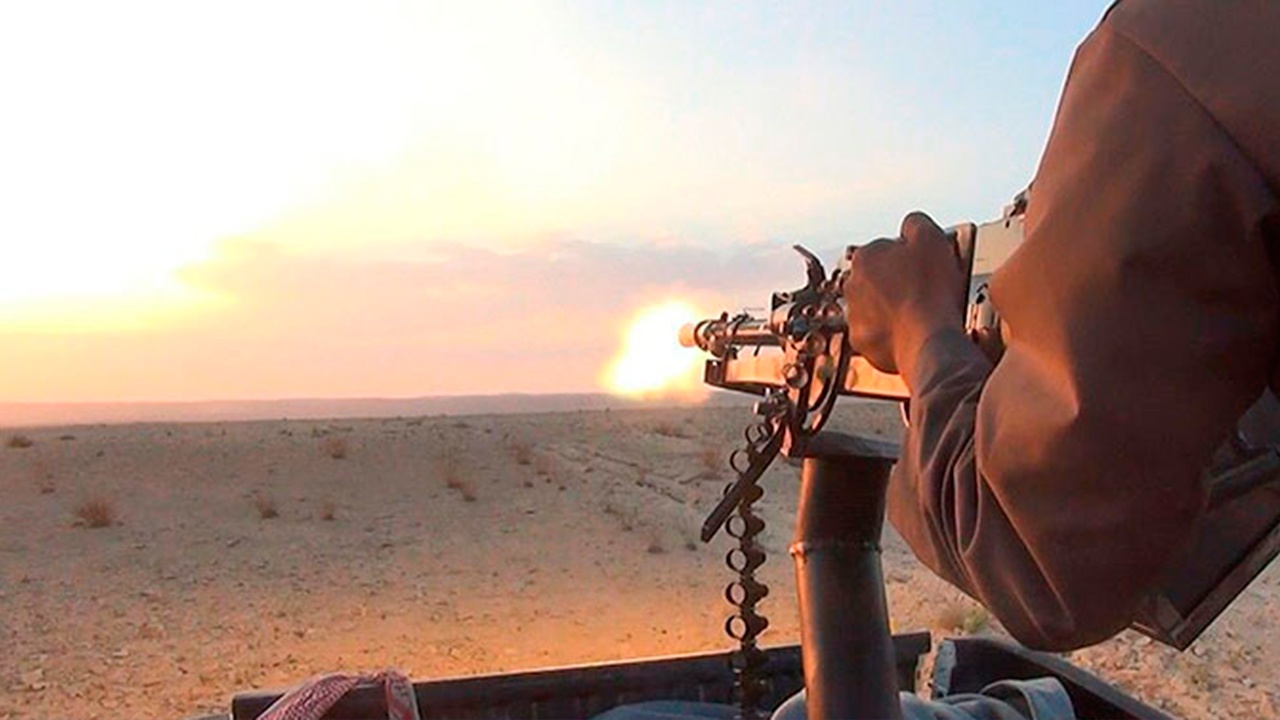 Well if Russia tries anything right now it would be one of the worst surprise attack of all times... Modern warfare relies on initiative, if something had to happen putting footages of trains of tanks on Youtube wasn't exactly great strategy...

N_Molson said:
Well if Russia tries anything right now it would be one of the worst surprise attack of all times... Modern warfare relies on initiative, if something had to happen putting footages of trains of tanks on Youtube wasn't exactly great strategy...
Click to expand...

Social medias contribution to world peace. You can no longer prepare for war without somebody putting a livestream into the WWW.

That was also the big problem with Russias contribution to MH17. The biggest sabotagers had been many Russian citizens casually photographing an unusual transport. Shipping a few helmets to Ukraine is usually causing less attention.

Urwumpe said:
That was also the big problem with Russias contribution to MH17.
Click to expand...

MaxBuzz said:
Almaz-Antey (manufacturer of weapons for air defense) announced the results of the investigation according to which the missile that shot down the plane has an old modification that was decommissioned by Russia
Click to expand...

First brigade of M3 was (urgently) delivered in 2016 - production rate is somewhat low, only 70% of the older M1-2 had been replaced until 2020. M2 doesn't exist in the wild (cancelled), M2E was not delivered to Ukraine, M1-2 was the old standard in Russia, Ukraine wanted to upgrade to M1-2. M1, M1-2 and M2E use the same warhead with the signature butterfly shaped shrapnel, M3(E) uses a lighter warhead with a different fragmentation casting.

also a problem, the rocket has a number indicating that the rocket was not on the territory of Ukraine. in the 90s, Russia sold it to Georgia, after which they resold it.

MaxBuzz said:
also a problem, the rocket has a number indicating that the rocket was not on the territory of Ukraine. in the 90s, Russia sold it to Georgia, after which they resold it.
Click to expand...

If one lie didn't work, coat it with another layer of more lies.

Maybe better go with the version in court:

"Three Russians and an Ukrainian conspired to misappropriate a Russian SAM system and transport it into east Ukraine, as far as we can tell, without knowledge of the Russian government. A lot of small cogs in the machine suddenly had been richer than the Russian government allows and now suddenly decided to begin a new life in Sibiria."

Nevertheless, it is always interesting to hear the two opposite versions of the same story...
C

Urwumpe said:
Social medias contribution to world peace. You can no longer prepare for war without somebody putting a livestream into the WWW.
Click to expand...

don't forget about this funny little breadbox-looking thing either commercial sat imagery has pretty much given any media with deep-enough pockets a capability that used to be reserved for the most powerful nation-states; so while your average government might be hesitant to publish its recon satellite imagery as proof for someone's unusual military maneuvers, you can bet some media out there can't wait to break the story with fancy images from maxar/planet labs instead

also amusingly enough tracking satellite imagery purchases can be decent early warning system as shown during the attack on al-asad airbase in january of 2020: The report said that Iran purchased satellite images of the base on the day of the attack, and U.S. Central Command was aware of it. According to CBS News national security correspondent David Martin, USCENTCOM Commander Gen. Frank McKenzie timed the evacuation of al-Asad Air Base around Iran’s purchase of satellite imagery of the base.

PM Johnson is in trouble at home. He has never expressed this level of interest in Ukraine.


UK 'stands should to shoulder with Ukraine'​

A joint statement issued following Boris Johnson's meeting with Ukrainian President Volodymyr Zelensky outlines how the UK stands "shoulder to shoulder with Ukraine in the face of ongoing Russian aggression".
The prime minister told a news conference in Kyiv that the UK and allies are ready to launch sanctions against Russia "the moment the first Russian toe-cap crosses further into Ukrainian territory".
He said: "It is vital that Russia steps back and chooses a path of diplomacy.
"We are keen to engage in dialogue”.
Johnson also said the build-up of Russian troops on the Ukrainian border was possibly the greatest act of hostility "towards the Ukraine in our lifetimes".
He said any conflict would come at a high cost.
"The Ukrainian army will fight. They will put a very, very very fierce and bloody resistance and I think that parents, mothers in Russia should reflect on that fact," he said."

those are some... interesting statements from Boris I have to say, especially when you take into account that just a few days ago Zelensky himself was openly calling out some western leaders for using "undiplomatic language" in this whole crisis

PM Johnson is in trouble at home. He has never expressed this level of interest in Ukraine.
Click to expand...

well if it's any consolation, a leader of the most powerful nation state on earth once decided to bomb another country in order to divert attention from a sex scandal.

clipper said:
well if it's any consolation, a leader of the most powerful nation state on earth once decided to bomb another country in order to divert attention from a sex scandal.
Click to expand...