Strange this is the one I'm using

Gingin said:
Unity finally grasped, I am struggling with the RMS :hmm: Thanks buddy!
BTW something looks wrong with your ODS system: I see it protrudes forward of the oribiter payload bay right below the shuttle name on both sides..


Yep Donamy, Selfie stick weren't a thing back then :lol:
Click to expand...

This should help making it even more real :thumbup: (Columbia is also waiting here) PS: disregard the deployed ADP. Off course it should be stowed

jarmonik said:
The Z-buffer / transparency problem occur with CameraMFD in an Old version of the client. Issue is fixed from the latest build. Find it from the D3D9 thread.

Thanks that fixed it. 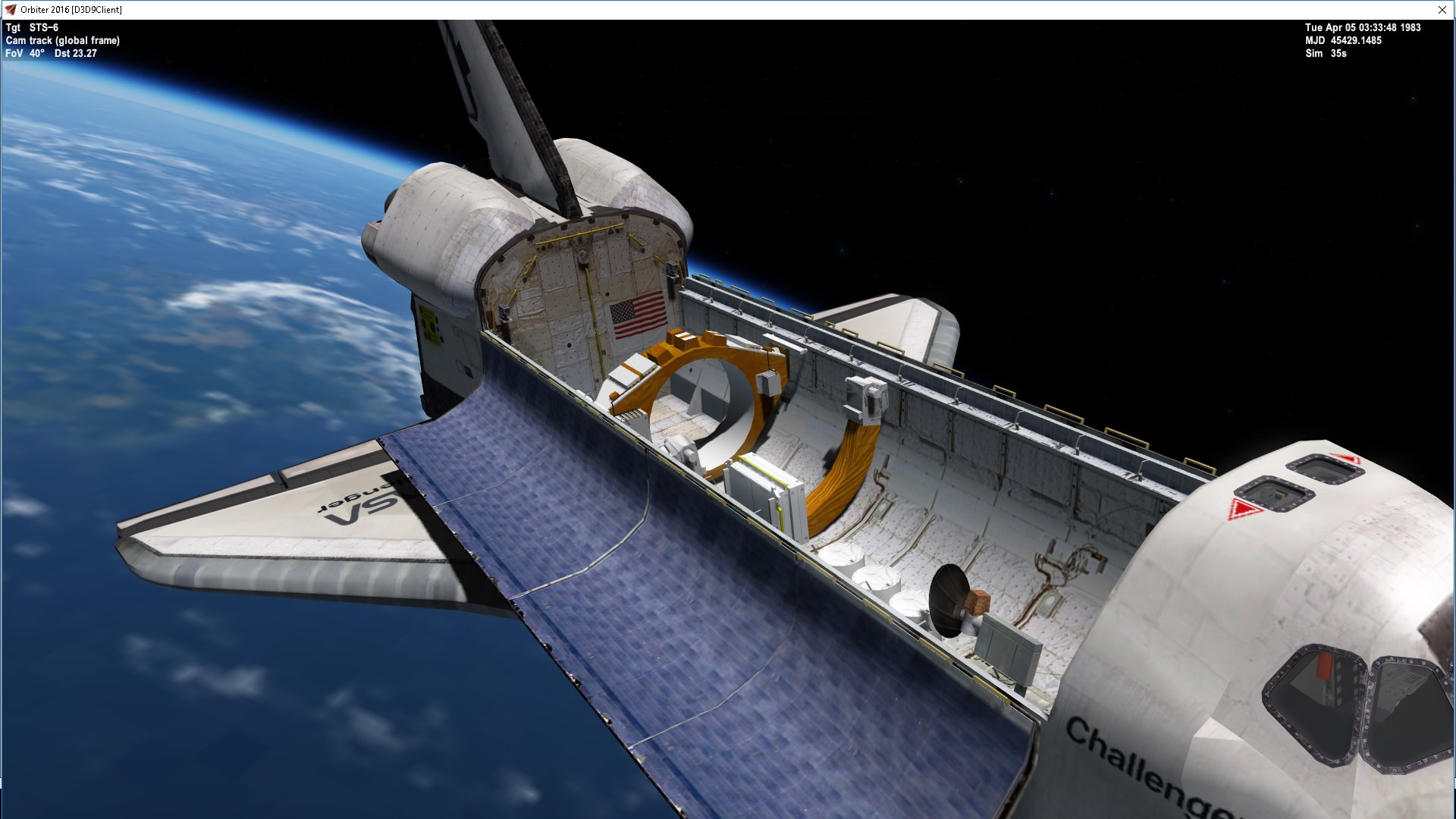 But for some reasom the IUS isn't there?
It is Spacecraft3.

Maybe need to create a link?

Challenger hit by two light sources, the Sun on the starboard side and the Earth glow on the port side (using Reshade)

Any idea on how can I do that? some Zip share app maybe?

I have personally used Dropbox for years now with no issues at all. Works extremely nicely and isn't obtrusive in any way. Get it here: https://www.dropbox.com/install

Yes dropbox is efficient.
I also use Zippyshare wich let you anonymously upload files up to 500MB

Snax said:
Yes dropbox is efficient.
I also use Zippyshare wich let you anonymously upload files up to 500MB
Click to expand...

Because Zippyshare is polluted with unusually aggressive adware.

I'm also using μBlock to prevent this. As an avid user of "plagued" websites wuth ads, I can't use a web browser without it ^^

But also I don't find any agressive ad on Zippy, maybe it is region based, I use it often with my android phone and it's cool, especially in comparison with other we sites where each click on any button opens a popup haha
Last edited: Dec 17, 2018

Here is my Reshade settings.

I played with different variables and still couldn't get totally rid of the blu aura effect around white objects (but it looks much better now).

One more thing I could not sort out so far is how to set focus on the selected object and get the background blurry (simulating a zoom lens effect with very low camera depth of field). The only function I found is just blurring the edges of the screen but that's not what I am looking for.
If you have any idea on how to do that any help is appreciated :thumbup:

One thing I just noticed: it looks like the screen capture function in orbiter does not show Reshade effects; the screenshot shows the default D3D9 settings as if reshade was disabled.... :shrug:

Here is a screenshot taken with Windows Here is the same taken with Orbiter screenshot capture In both cases Reshade was enabled but Orbiter screenshot capture ignores it
Last edited: Dec 17, 2018

In both cases Reshade was enabled but Orbiter screenshot capture ignores it
Click to expand...

If orbiter captures its own video memory instead of just delegating the screenshot to the system, that makes perfect sense, since reshade modifies the rendering output of an application without its knowledge.

jedidia said:
If orbiter captures its own video memory instead of just delegating the screenshot to the system, that makes perfect sense, since reshade modifies the rendering output of an application without its knowledge.
Click to expand...

That makes sense.
Thank you

So I added the URMS into a Venture Star for 2016. But with CTRL Space I couldn't bring up the panel to move it. 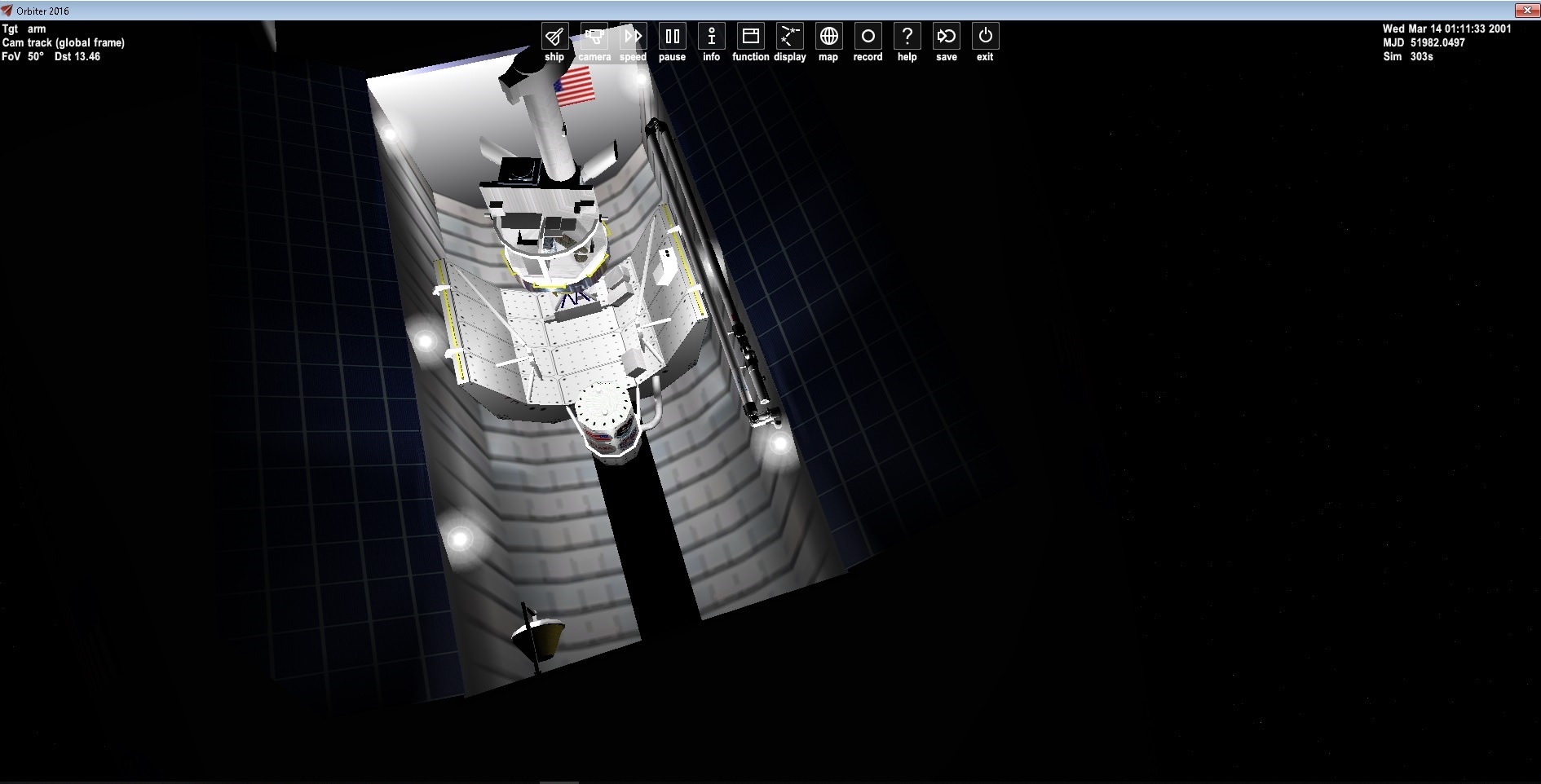 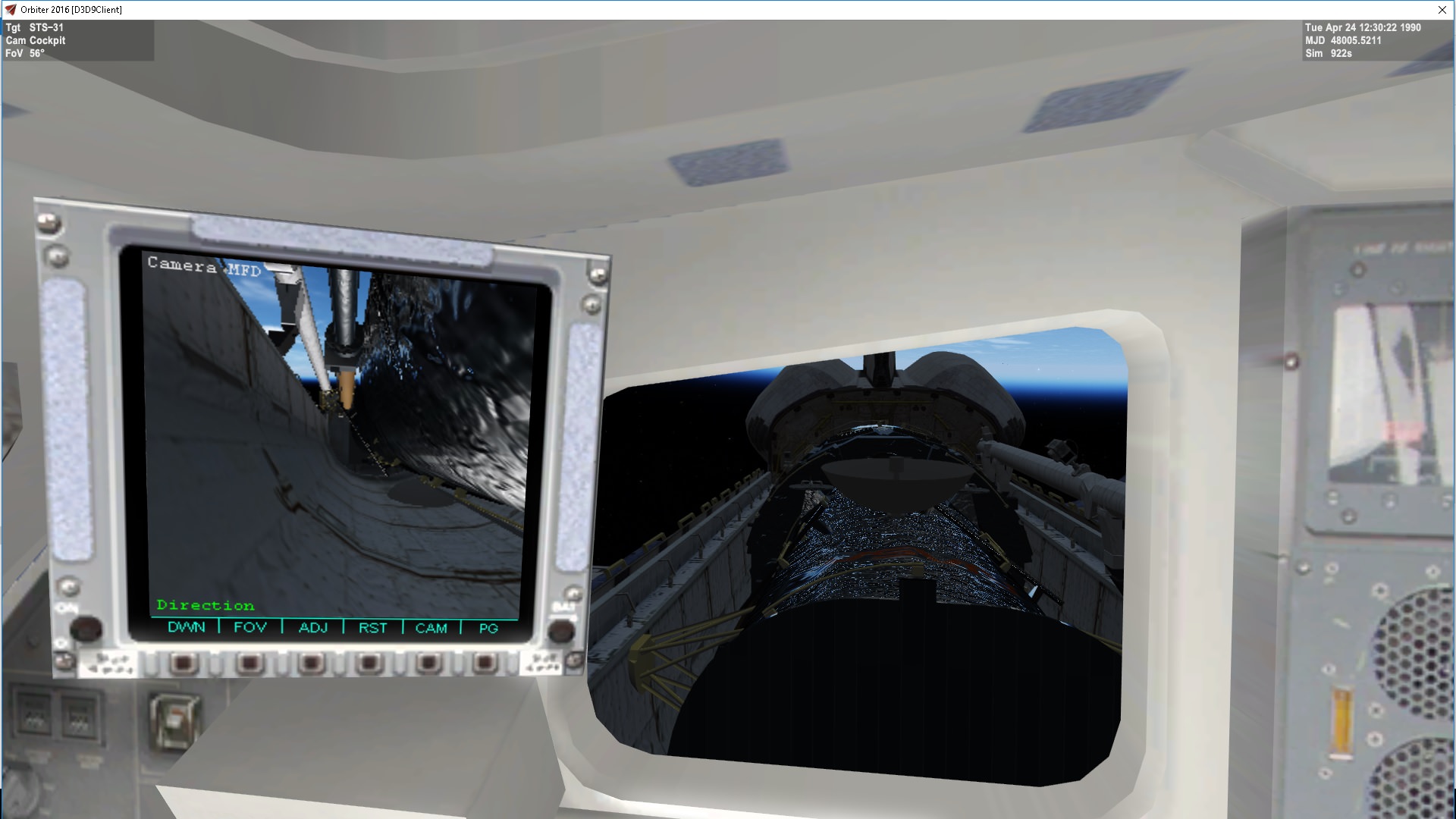 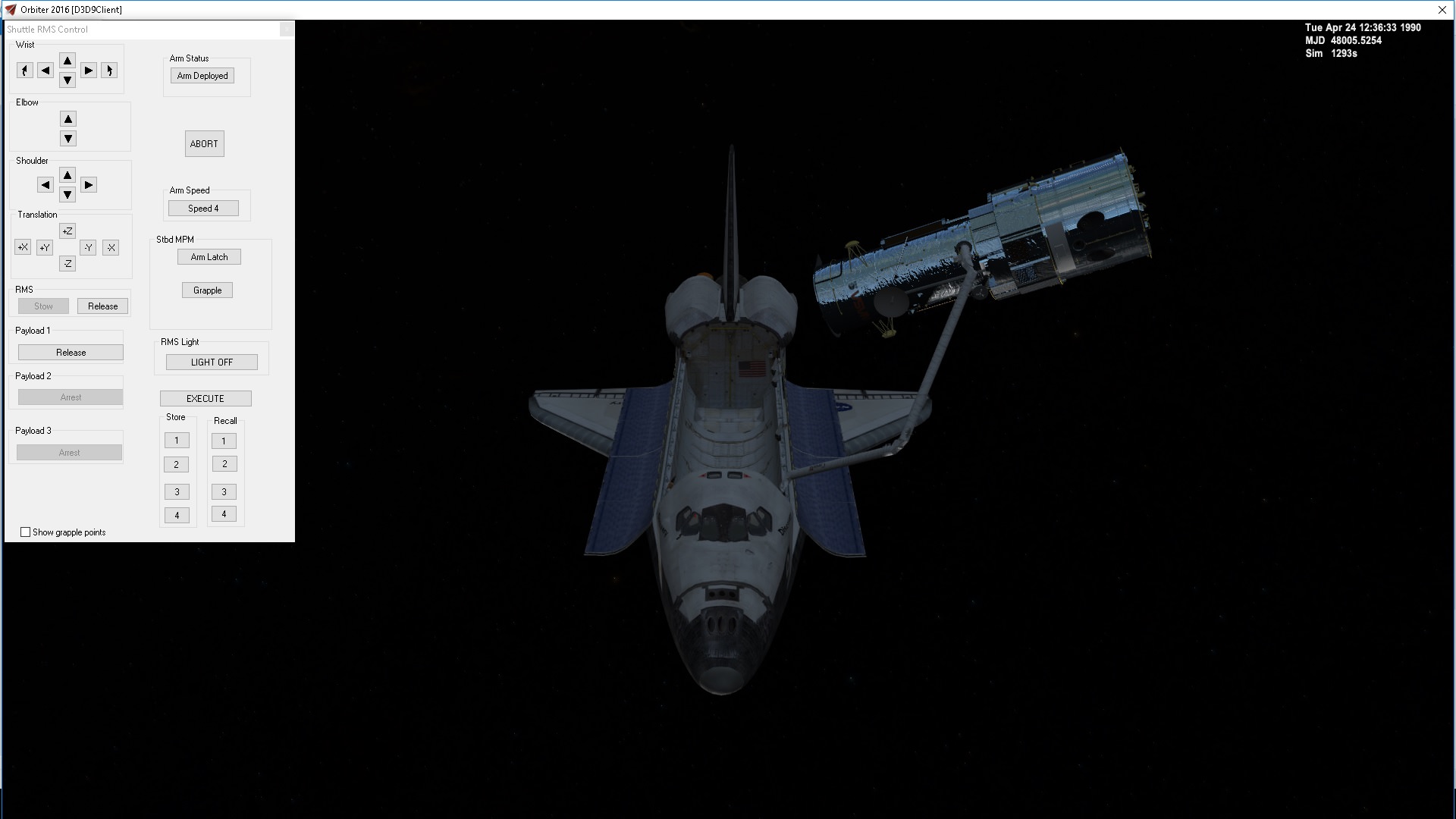 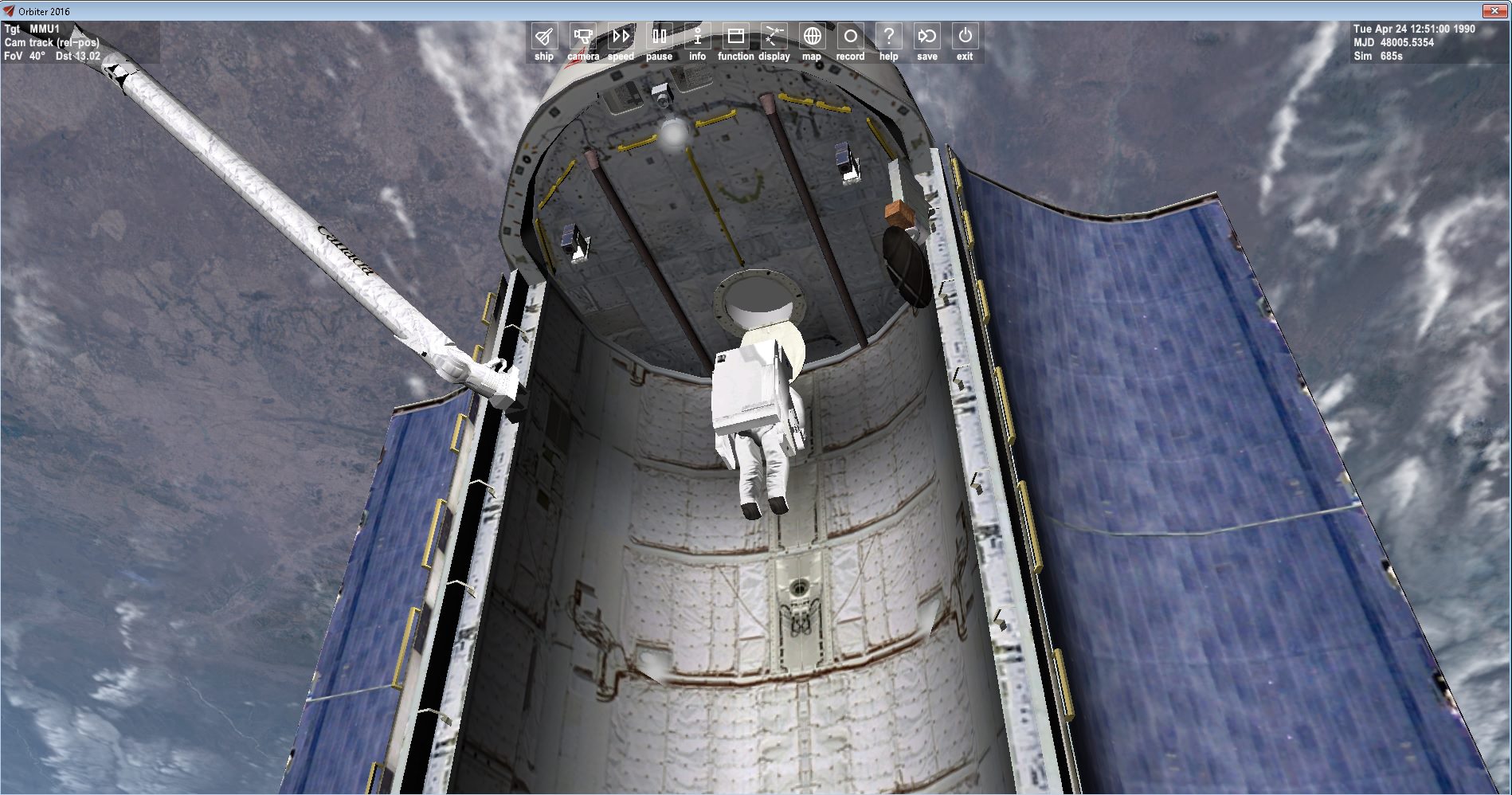 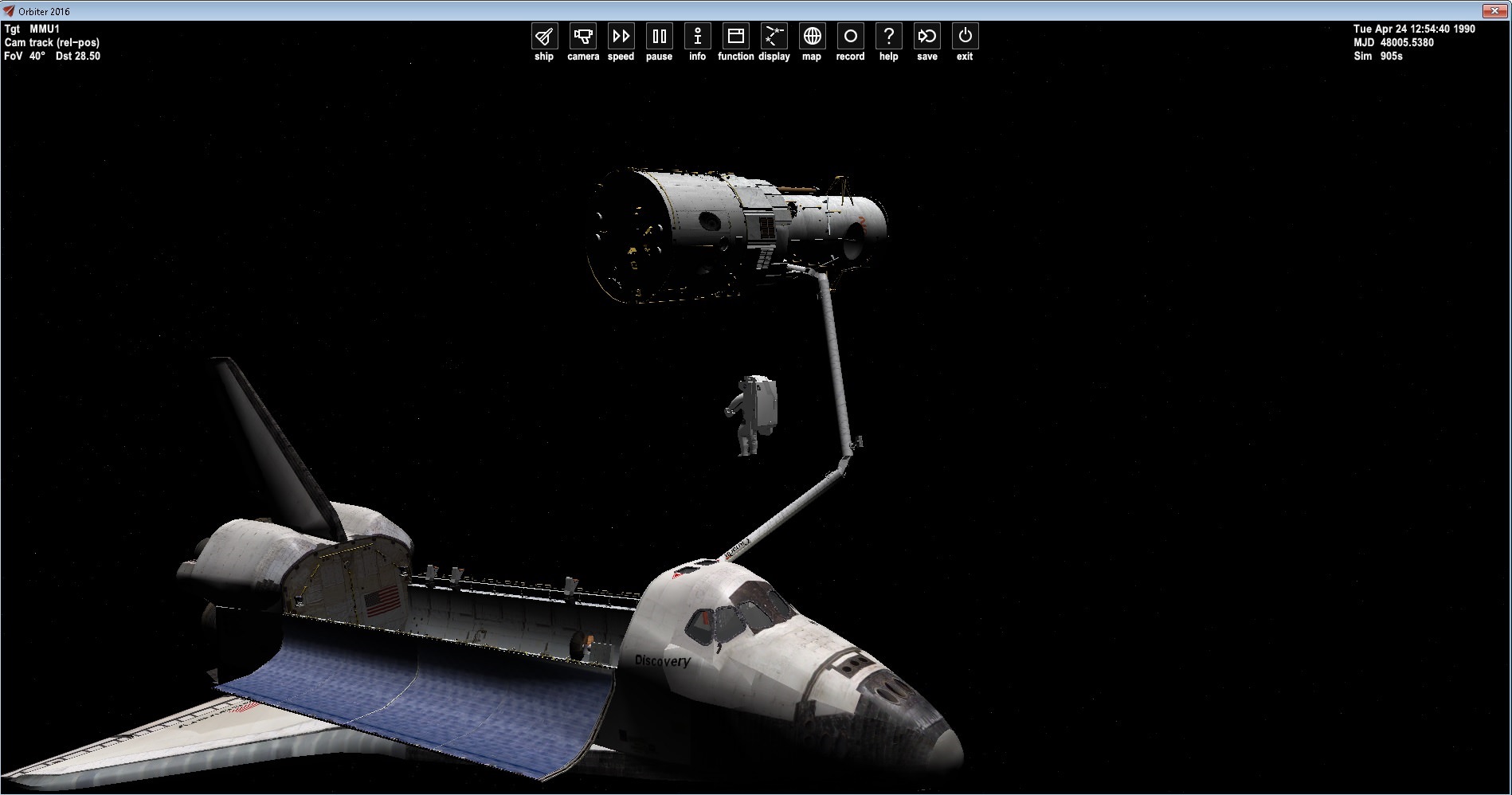 A view inside the Dragon2 showing the EVA camera views.

Donamy said:
A view inside the Dragon2 showing the EVA camera views.
Click to expand... 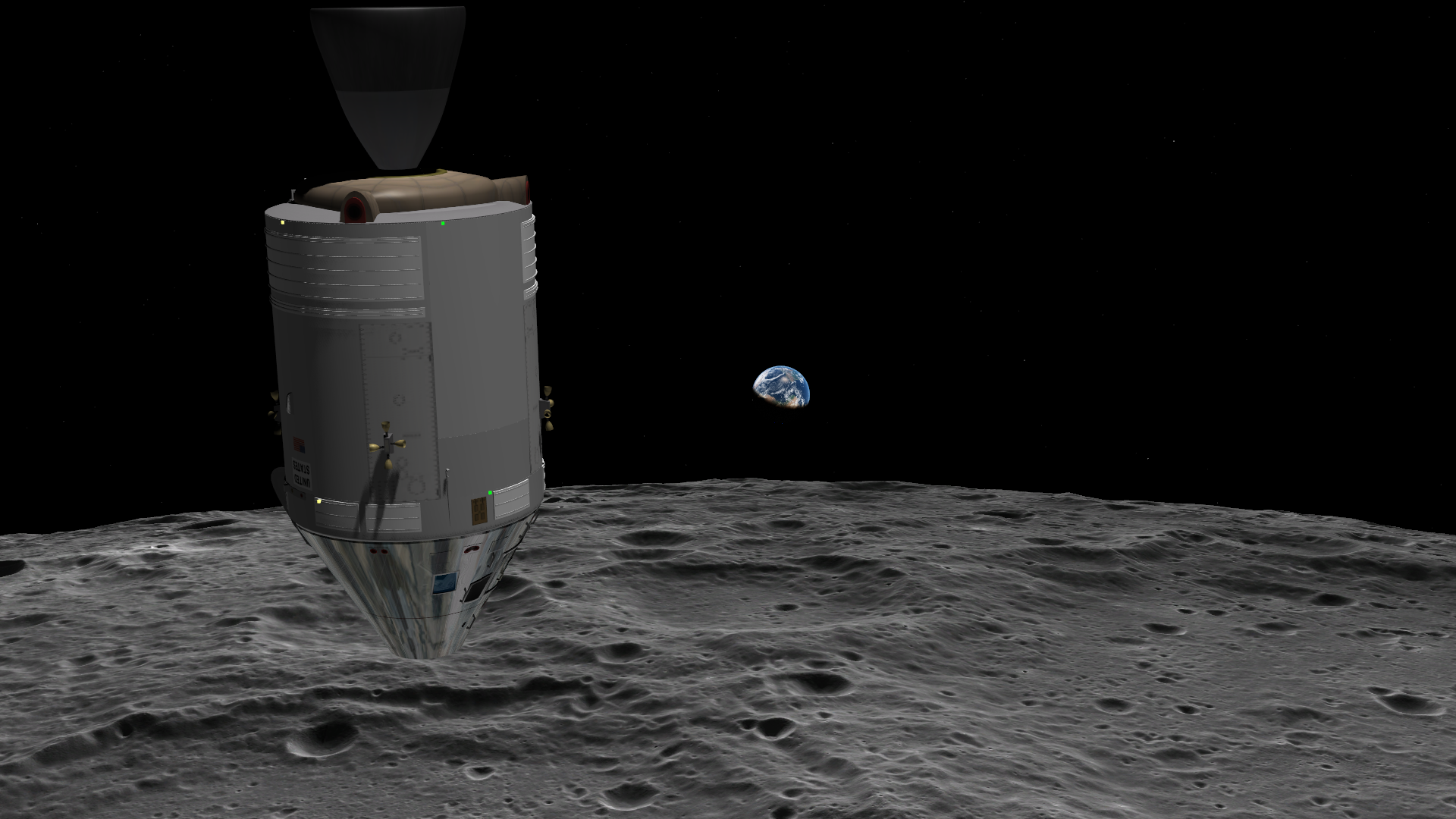