Huh.
TIL that there are countries that use comma as a decimal point.
That does sound like the kind of crime against common sense that is typical to USA, however.

Andy44 said:
All the answers lie aboard the object passing through our solar system, and sadly we cannot catch up to it...
Click to expand...

We could... well, in theory. In reality, solving the political issues will take so much time that the asteroid will be in another star system already.

e=1188/1000 hehe without shadows with light in the mind, He who wants to understand it, understands it anyway.

another notation is 1'188 for the one who wants to entangle with simplicities. :lol:

To be pedantic, on my mother tongue the correct way to write 1000 with decimals (on a price for example) is:

4throck said:
To be pedantic, on my mother tongue the correct way to write 1000 with decimals (on a price for example) is:

Well. as long as it's consistent. it's easy enough to figure out in context,
K

..thought mathematics was a universal language. And thus should be written and understood in one way only.

4throck said:
To be pedantic, on my mother tongue the correct way to write 1000 with decimals (on a price for example) is:

Same in German. :lol: I suspect it has something to do with the medieval history of Europe. 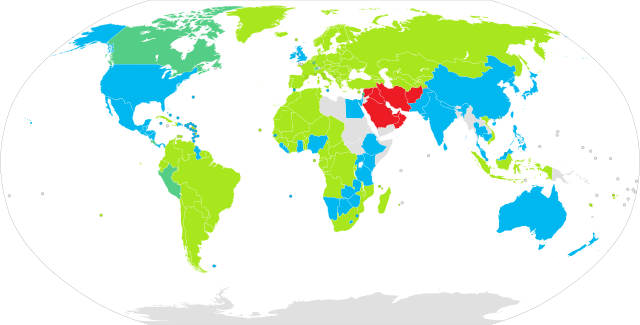 ..thought mathematics was a universal language. And thus should be written and understood in one way only.
Click to expand...

The language is universal, its alphabet certainly not.

Strange, I found no english wiki article about Francesco Pellos, he has written the "Sen segue de la art de arithmeticha es semblātment de ieumetria dich ho nominatz Cōpendiō de lo abaco" in which as far as we know today, the point has been used first as a decimal delimiter.
Maybe somebody wants to create an english wiki article, I think he would deserved it... ;-)
Last edited: Nov 23, 2017
L

One thing I've seen in older British texts is the use of a mid-dot as a decimal point, which makes it look to non-British eyes like multiplication, e.g:

Had to look that up, because it didn't seem like old spanish or latin, and it isn't! It's Occitan language :thumbup:

An interesting thought I've had:

Previous estimates on the density of comets in interstellar space had been based on the assumption that a hyperbolic object passing through the solar system would be cometary in nature (would develop a coma and tail), and would thus be easily detectable. What if 'Oumuamua is not atypical? What if most interstellar objects are in fact asteroidal in nature, or if a comet needs to make a few passes close to a star to "activate" (for example, if fracturing from heating and cooling is needed to create sufficient outgassing area or something). That could significantly affect the detectability of interstellar objects and significantly change the densities we might calculate from our observations. Strangely, I haven't really seen a lot of discussion of this possibility.

Had to make a short video about this historic find!

boogabooga said:
My initial instinct on seeing this was skepticism that something interstellar would have come this close to the sun. And since velocities are so low in Oort cloud, it is possible for collisions, etc. to put comets on hyperbolic trajectories. But, if you run the numbers, e= 1.2 at 0.25 AU perihelion gives V infinity of about 25,500 m/s, and nothing in Oort Cloud is moving that fast, or could be reasonably expected to accelerate to that speed.

The universe must be crawling with comets. :blink:
Click to expand...

I'm also puzzled by the coincidence that it traveled so close to the Sun. Of course if some alien civilization wanted to spend more time in the Solar System ...

RGClark said:
I'm also puzzled by the coincidence that it traveled so close to the Sun. Of course if some alien civilization wanted to spend more time in the Solar System ...

I suspect that we have a bias at only detecting those that gt close to US, and WE are the ones that are close to the sun...

boogabooga said:
I suspect that we have a bias at only detecting those that gt close to US, and WE are the ones that are close to the sun...
Click to expand...

On the other hand, if you wanted to get particularly close to an interesting planet ...


Tex said:
Had to make a short video about this historic find!
A scout from interstellar space visits Earth! | 1I/2017 U1 â€˜Oumuamua - YouTube
Click to expand...

The proposed "Project Lyra" to the interstellar asteroid is discussed here:

I was surprised though they only considered chemical and solar sail propulsion, and not ion propulsion. Ion propulsion has already been used for NASA missions to get high velocity space probes.

Oumuamua had a velocity of about 25 km/s. The ion drive on the Dawn mission to Ceres could manage 10 km/s.

As discussed on this forum about the New Horizons mission it got a mission cruise speed of about 12 km/s as launched by the Atlas V with added in-space stages. So you would need an additional 13 km/s to match the speed of Oumuamua. This could be reached by putting some larger propellant tanks on the Dawn probe. Actually, NASA frequently makes duplicates of their spacecraft for testing purposes, so there may be an extra Dawn spacecraft already available.

The Dawn spacecraft is about 3 times larger than New Horizons so you would need a larger launcher than the Atlas V to attain the same departure delta-v. The upgraded version the Falcon Heavy probably could do it. The SLS certainly could.

We should get an Orbiter scenario together with Oumuamua on its trajectory, then the community can experiment for itself as sees fit.

Where can one obtain accurate orbital elements?

boogabooga said:
We should get an Orbiter scenario together with Oumuamua on its trajectory, then the community can experiment for itself as sees fit.
Where can one obtain accurate orbital elements?
Would it be better to model it as a spacecraft or 'on the rails' as a solar system object? Can Orbiter even handle solar system objects on hyperbolic trajectories?
Click to expand...

We need to know how far away Oumuamua is also. Even if we can match it's speed, if it's too far away, it will take too long to catch up to it. Heil et.al. summarized their proposals on Centauiri-dreams.org here:

Project Lyra: Sending a Spacecraft to 1I/’Oumuamua (formerly A/2017 U1), the Interstellar Asteroid
by PAUL GILSTER on NOVEMBER 10, 2017

As shown previously, chasing 1I/‘Oumuamua with a realistic launch date (next 5-10 years), is a formidable challenge for current space systems. Adam Crowl (i4is) and Marshall Eubanks (Asteroid Initiatives LLC) have pondered a single launch architecture. Nominally a single launch architecture, via the Space Launch System (SLS) for example, would simplify mission design. However other launch providers project promising capabilities in the next few years. One potential mission architecture is to make use of SpaceX’s Big Falcon Rocket (BFR) and their in-space refueling technique with a launch date in 2025. To achieve the required hyperbolic excess (at least 30 km/s) a Jupiter flyby combined with a close solar flyby (down to 3 solar radii), nicknamed “solar fryby” is envisioned. This maneuver is also known under “Oberth Maneuver” [5]. The architecture is based on the Keck Institute for Space Studies (KISS) [6] and the Jet Propulsion Laboratory (JPL) [7] interstellar precursor mission studies. Using the BFR however eliminates the need for multi-planet flybys to build up momentum for a Jupiter trajectory. Instead via direct launch from a Highly Eccentric Earth Orbit (HEEO) the probe, plus various kick-stages, is given a C3 of 100 km²/s² into an 18 month trajectory to Jupiter for a gravity assist into the solar fryby. A multi-layer thermal shield protects the spacecraft, which is boosted by a high-thrust solid rocket stage at perihelion. The KISS Interstellar Medium study computed that a hyperbolic excess velocity of 70 km/s was possible via this technique, a value which achieves an intercept at about 85 AU in 2039 for a 2025 launch. More modest figures can still fulfill the mission, such as 40 km/s with an intercept at 155 AU in 2051. With the high approach speed a hyper-velocity impactor to produce a gas ‘puff’ to sample with a mass spectrometer could be the serious option to get in-situ data.
https://www.centauri-dreams.org/?p=38728&cpage=1#comment-166728
Click to expand...

The high speeds mentioned there, which have the advantage of using only chemical propulsion, are necessitated by having to wait for the needed planetary alignments for gravitational assists. This means Oumuamua will be even farther away and we'll need high speed to catch up with it. That also means we will only be able to do a flyby.

On the other hand, being able to launch within a year or so using currently existing craft means the distance to be crossed is shorter and not as high a speed will be needed. That also means a smaller speed will need to be killed off and an actual landing may be possible.

RGClark said:
We need to know how far away Oumuamua is also.
Click to expand...

When you have orbital elements at an Epoch, you can predict position as a function of time.

Don't know it this is exactly what you are looking for but the orbital elements are here:

https://ssd.jpl.nasa.gov/sbdb.cgi?sstr=2017U1;cad=1
You must log in or register to reply here.