SpaceX is targeting Friday, March 30 for a Falcon 9 launch of the Iridium-5 NEXT mission from Space Launch Complex 4E (SLC-4E) at Vandenberg Air Force Base in California. This is the fifth set of 10 satellites in a series of 75 total satellites that SpaceX will launch for Iridium’s next generation global satellite constellation, Iridium® NEXT. The instantaneous launch opportunity is at 07:13:51 PDT (10:13:51 EDT; 14:13:51 UTC), and the satellites will begin deployment about an hour after launch. 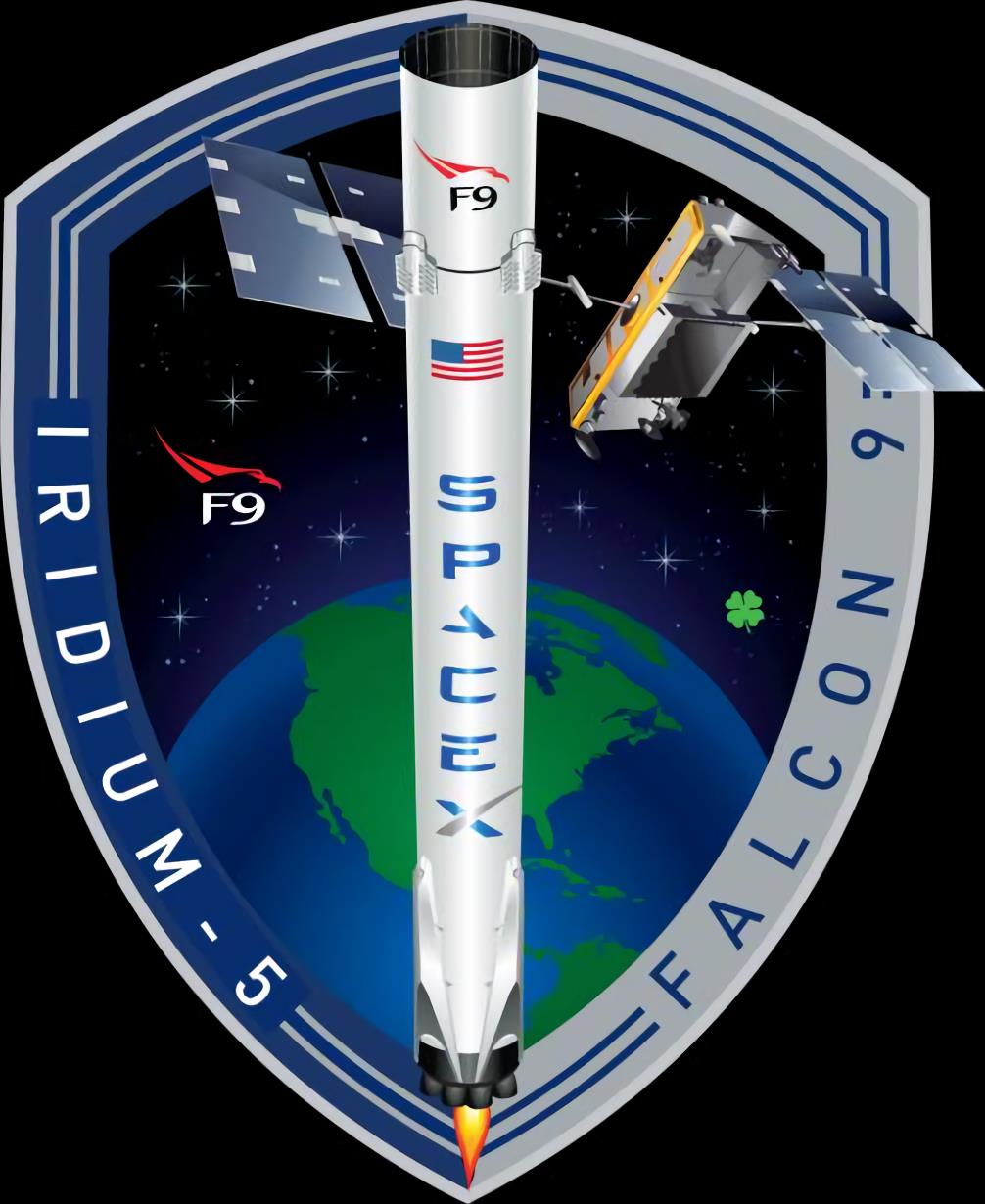 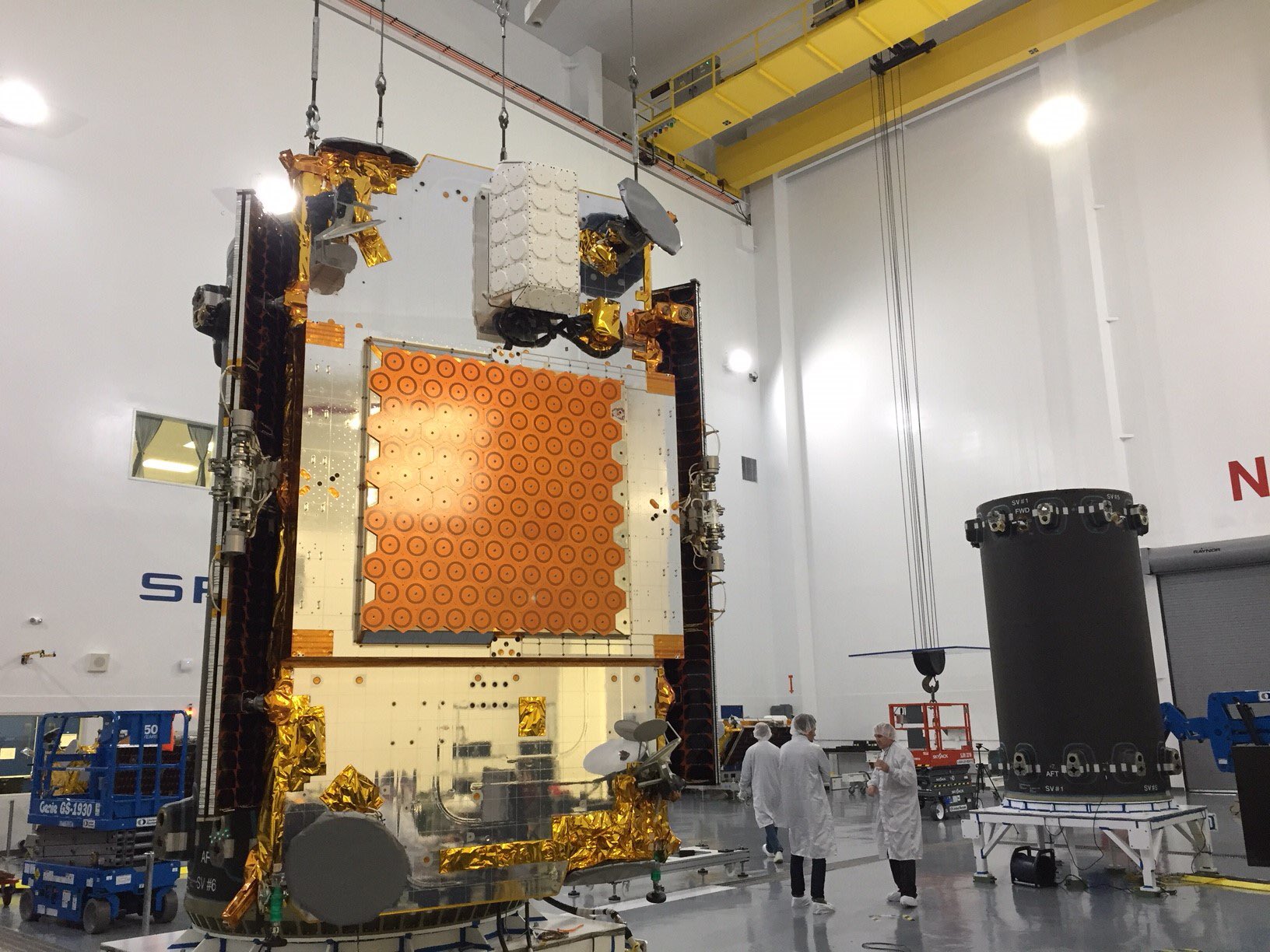 The payloads for this launch are the fifth set of 10 Iridium® NEXT satellites. Iridium NEXT will replace the world's largest commercial satellite network of low-Earth orbit satellites in what will be one of the largest "tech upgrades" in history. Iridium has partnered with Thales Alenia Space for the manufacturing, assembly and testing of all 81 Iridium NEXT satellites, 75 of which will be launched by SpaceX. The process of replacing the satellites one-by-one in a constellation of this size and scale has never been completed before.

Iridium NEXT is enabling the development of new and innovative products and services including Iridium CertusSM, the Company’s next-generation communications platform. Iridium Certus will deliver faster speeds and higher throughputs for Iridium's vast partner ecosystem that provides services for aviation, maritime, Internet of Things, terrestrial and government organizations. A service of this quality and value is unprecedented in the industry, and is poised to disrupt the current market status quo. Among the new technologies hosted by Iridium NEXT is the AireonSM aircraft tracking and surveillance system. In a historic first, upon completion this system will provide air traffic control organizations and aircraft operators that purchase the service with real-time, global visibility of ADS-B equipped aircraft. Successful launch and all satellites are deployed!

Also worth noting is the NOAA webcast "restriction" issue that shrouds the launch event today. SpaceX has ended its webcast due to what the company's launch commentator said are restrictions from NOAA on imagery from the Falcon 9's upper stage. Webcast cutoff just after 2nd stage's 1st SECO (good parking orbit insertion confirmed).

[ame="https://twitter.com/NOAAComms/status/979738481231650817"]NOAA Communications on Twitter: "We are looking into questions on the broadcast interruption of this morningâ€™s @SpaceX launch of #Iridium5. We will be in touch when we know more."[/ame] 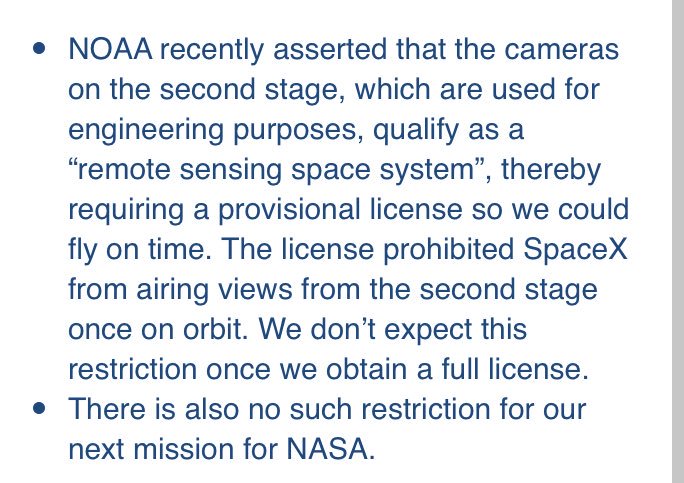 That reads like a bunch of bureaucratic BS to my non-expert eyes, but congrats to the launch team and satellite owners on the successful launch.