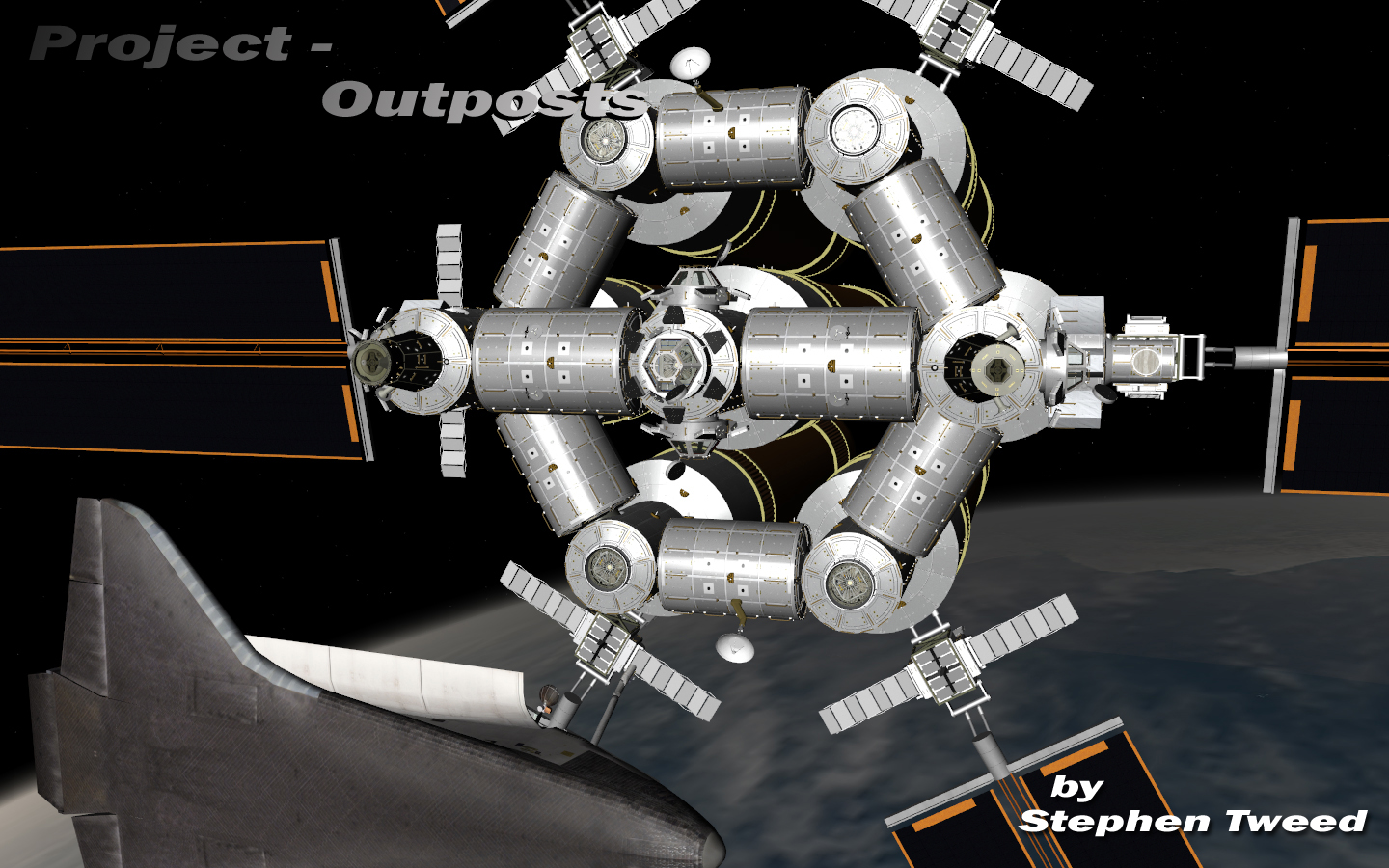 Welcome to Project-Outposts: Wet Workshops V2.1.0
** NEW RELEASE **
This version replaces both previous releases - V2.0.0 and the Patch 1. You can install this release over the top of your existing installation or start again with a fresh installation.
There are numerous bug fixes and some new features to:
Bug Fixes:

[*]
Fixed ET re-spawning when loading a saved scenario after it has been jettisoned and saved previously.

[*]
Fixed bug with autopilot on reload of scenario going bananas! Now the autopilot is disabled and you must use the launch computer to launch Atlantis.

[*]
Modified dates on demo and mission scenarios to match the back-story of project-outposts.

[*]
Added smoke trails to some modules during burn-up.

[*]
Fixed some visual artefacts during burn-up will accelerating debris.

[*]
Fix the configuration tool to prevent corruption of the directory structure if software crashes.

New Features:
[*]
Added new Launch and Flight computers to aid in setting up launches to desired orbital inclinations and altitudes.

[*]
Added Inverse Kinematics software to the Atlantis RMS so the joins of the arm move like a real arm. This allows multi-join movement. Astrosammy added this code into the Atlantis project which he got from the Space Shuttle Deluxe add-on which was developed by Kawn3217.

[*]
The Atlantis RMS will now auto snap vessels to the closest attachment point or docking port which makes it far easier to assemble modules and components in orbit.

[*]
Added new Launch Time calculator for helping you workout when a known orbital plane will pass over your launch site. This returns the time the orbital plane passes over head. This can be found under the âUtilsâ folder in your orbiter installation directory. You will see a new folder called âProject-Outpostsâ where all future utility tools will be installed.

** END **
This is this first in a new series of add-ons for Orbiter that focus on building wet workshops style space stations in orbit from various modules. It provides a modified Atlantis Space Shuttle which can be flown into orbit and take its external tank (ET) with it. Once in a stable orbit you can deploy the ET and assemble various components to it over a number of scenarios. This add-on is built for Orbiter 2010-P1.
The pack provides a collection of beautifully detailed models, 14 space station modules and 7 scenic components:
Â Â Â  x1 Cupola
Â Â Â  x1 Quest Airlock
Â Â Â  x4 Habitation Externa