The transfer of MS-13 (from the Zvezda module to the Poisk module) completed successfully.
So Zvezda is free for the MS-14 docking attempt tomorrow.

Earlier the crew including Alexander Skvortsov, Luca Parmitano and Andrew Morgan transferred into the spacecraft and closed the transfer hatches. After checking the sealing and carrying out the necessary preparations the crew prepared for undocking.

At 03:35 UTC the Soyuz MS-13 detached from the ISS. After making a fly-around of the ISS, at 03:59 UTC it docked to the Poisk module. All the operations were performed by Alexander Skvortsov using the manual control system.

The freed up Zvezda module berth will be used to dock the Soyuz MS-14 spacecraft, which is scheduled for August, 27 at 03:12 UTC. The spacecraft test launch took place on August, 22 with its automatic docking to the ISS called off due to technical issues.
Click to expand...

Hello! I did some contributions on the Wikipedia article Soyuz MS-14. Feel free to watch the history of it.

On August 27, 2019, the Soyuz MS-14 spacecraft docked to the Zvezda module of the International Space Station. The crew is now preparing to open the hatches.

The approach was under control of the Mission Control Center specialists and Roscosmos cosmonauts. The crew is now preparing to open the hatches. The Soyuz MS-14 ship delivered about 670 kg of dry cargo to the ISS, including scientific and medical equipment, life support system components, as well as containers with food supplies, medication and personal hygiene items for the crewmembers.

The cargo delivered includes equipment for the Biofilm, Microvir, Magnetic 3D-bioprinter, UV-atmosphere, Cascade, as well as Tester experiments, during which the Skybot F-850 humanoid robot system will be tested.

To recap, the Soyuz-2.1a carrier rocket with the Soyuz MS-14 was launched on August 22, 2019. The launch was unpiloted and became the test flight for the carrier rocket, as previously it had launched into orbit only cargo ships and automatic spacecraft.

Super pretty launch, with onboard camera up until insertion!

Yep, those engines burn so clean that we can look into the nozzle 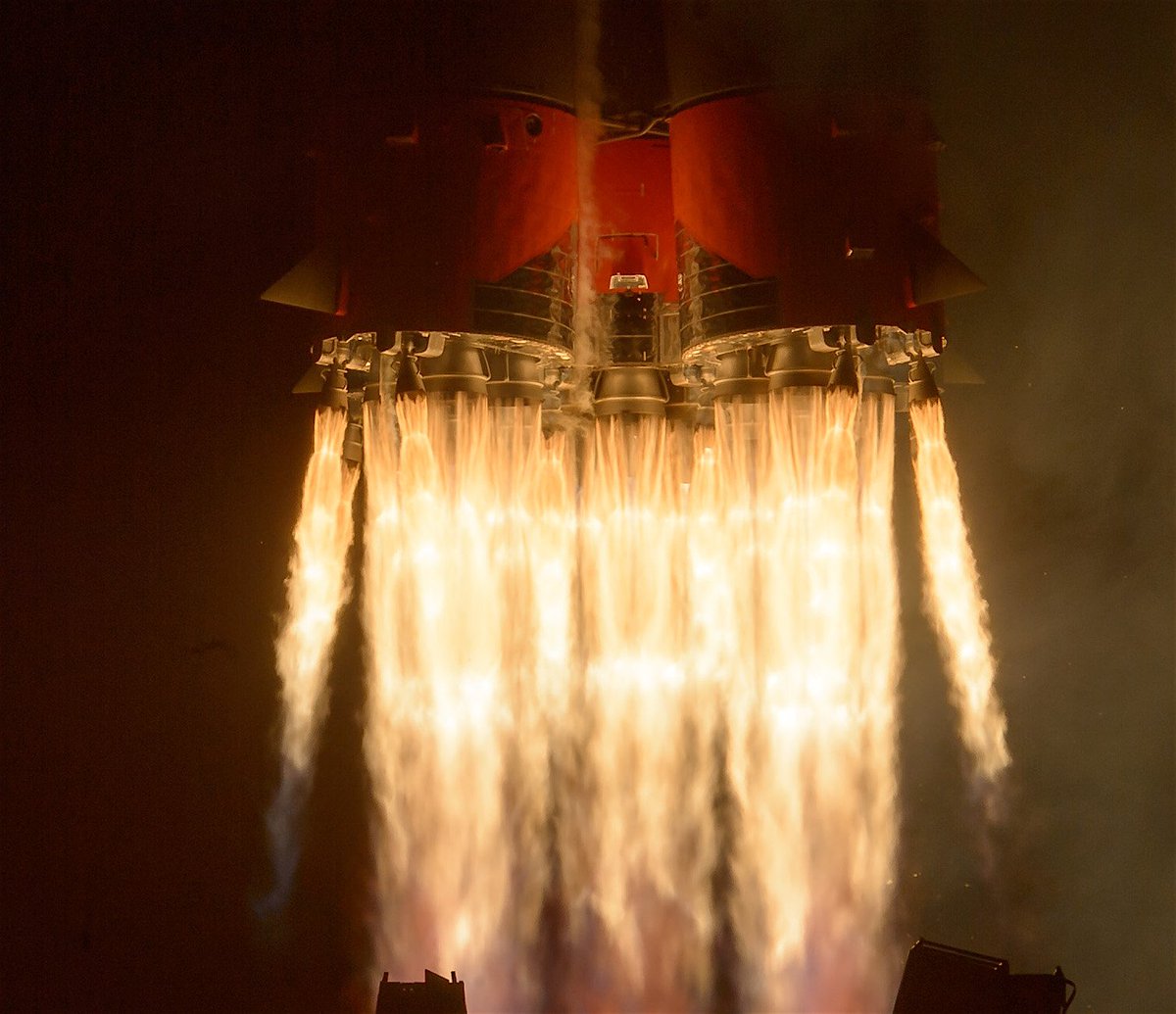 Two Nasa astronauts are making the first ever all-female spacewalk.
Christina Koch and Jessica Meir left the International Space Station's Quest airlock on Friday to replace a failed power control unit.
They were expected to spend five and a half hours replacing the power regulator with a spare.
Ms Koch had already carried out four spacewalks but it was the first for MS Meir, who became the 15th woman to walk in space, Nasa said.
Click to expand...

I still dont know if the spacewalk was successful or not, despite the EVA being reported on every newssite I've been to.

At 2:55 p.m. EDT, Expedition 61 Flight Engineers Christina Koch and Jessica Meir of NASA concluded their spacewalk, the first with only women. During the 7-hour, 17-minute spacewalk, the two NASA astronauts completed the replacement a failed power charging component, also known as a battery charge-discharge unit (BCDU). The BCDU regulates the charge to the batteries that collect and distribute solar power to the orbiting lab’s systems. Mission control activated the newly installed BCDU and reported it is operating properly.

The astronauts were also able to accomplish some get-ahead tasks including installation of a stanchion on the Columbus module for support of a new external ESA (European Space Agency) payload platform called Bartolomeo scheduled for launch to the station in 2020.
Click to expand...

How space affects women and men differently
Click to expand...

The UK's first industrial contribution to the International Space Station (ISS) was delivered on Tuesday.
The communications antenna is part of a consignment of supplies that arrived on a Cygnus freighter.
Made by MDA UK, the Columbus Ka-band (COLKa) Terminal will enable astronauts to connect with scientists and family on Earth at home broadband speeds.
The equipment will be fixed to the exterior of Europe's ISS science module in a few weeks' time.
This should improve substantially on current arrangements for radio links.
Click to expand...

Progress MS-14 docked to the ISS

Progress MS-14 docked to the ISS


According to the International Space Station flight program, the Progress MS-14 cargo spacecraft successfully docked to the Zvezda module instrument bay on April 25, 2020 with the flight lasting 3 hours and 20 minutes.

The cargo spacecraft approach to the ISS went according to the ‘superfast’ two-orbit scheme. The docking was performed automatically supervised by the specialists of TsNIIMash Mission Control Center (part of Roscosmos), as well as Russian ISS-63 mission crewmembers – Roscosmos cosmonauts Anatoly Ivanishin and Ivan Vagner. Approach and docking modes went flawlessly.

The 75th ISS resupply mission cargo spacecraft delivered over 2.5 tons of cargo needed to support further crewed operation of the space station: 700 kilograms of fuel and compressed gasses, as well as 1,350 kilograms of various equipment and loads: food rations, medicines, sanitary-hygienic materials and clothing for the crew, as well as hardware for the ISS onboard systems, equipment for experiments and 420 liters of water in the Rodnik system tanks. The crew also received commemorative memorabilia dedicated to the 75th anniversary of the Victory in the Great Patriotic War.

Earlier on April 25, 2020 the Soyuz-2.1a carrier rocket successfully lifted off from the site No. 31 at the Baikonur Cosmodrome. Roscosmos dedicated the launch to the 75th anniversary of the Victory in the Great Patriotic War 1941-1945. The Progress MS-14 freighter autonomous flight was controlled by the specialists of the Chief Operating Flight Control Group of the ISS Russian segment.

Less than 1h to the launch of SpaceX CRS Crew-1, live stream:

Another crew going up: