Other question: Family was using a pickup truck that was obviously decades old at the beginning of the movie, and they beat it like a rented mule. Yet more than 25 years later the son was still driving the same truck, in the same condition...
Click to expand...

Its really the truck from twister.

It is strange all the worlds seem to have the same amount of light. The first world Millers planet, if it was stuck in time dilation where every hour was equal to 7 years, obviously the sunlight from the sun would be decreased by that same amount but yet the world looks warm and has liquid water on the surface and plenty of light. My only assumption is the planet was not lighted by the sun but instead by the accretion disk but it would be xrays.

Andy44 said:
By the end of the movie I was actually laughing when he was crying behind the bookcase. I was kind of hoping they would fail and all humans would perish in a giant downer ending.
Click to expand...

If you wanted that to happen, you missed the point of the movie entirely. That's just too cynical. All of the promotion for the film was built on the message "that our destiny lies above us."

If it had ended on a complete downer, that would have been false advertising.

How did they keep the last 12 launches secret?
Click to expand...

I was wondering the same thing during the movie. While the rp ket went up, I thought to myself "well, it ain't secret anymore now".
Then I was like "wait a minute, they've done this already a dozen times... wtf?"

Here is a papermodel of the ranger. I could make a mesh but if someone wanted to make it into a vessel they could:
http://paper-replika.com/index.php?option=com_content&id=9415

I finally saw it, but I thought it was still a little crazy.

I'm really lagging behind on this one, watched the movie last Saturday only. I possibly went through a wormhole, time dilation you know...

So overall, that's a very good sci-fi movie. The way emotions and psychology of the characters are rendered is a major part of it. Bringing relativity, which is a "cold hard theory" into human relationships is a bright idea.

The strongest moments of the movie, for me, are probably :

- When they takeoff from Miller's planet and meet with Romilly, that is now nearly (with the hyper-sleep variable) 23-years older. He is so normal, calm, and so different at the same time. Great scene. When you realize what it means... waiting for 23 years in that context... that's fascinating and horrible at the same time.

-(grown-up) Murphy's message about Dr. Brand death and lies. Cooper's emotions when he discovers at the same time the 33-years old adult that his 10-years old girl has "suddenly" become. Nice use of the relativity again.

-Inside the tesseract : Cooper being overhelmed by the emotion of seeing his girl and his own past while being completely lost in a completely weird and alien environnement (5-dimensional, in fact).

Of course, as said above, they are things here and there that seem weird.

1- The "Blight". A sort of living organism that lives into dust storms (where do they come from in the first place ?), kills specific crops species and breathes enough of the Earth atmosphere oxygen to asphyxiate an apparently decimated humanity in a matter of 2-3 generations ? Have they heard of say, algae, as an alternative food resource ? Weird.

2- The Rangers. Those ships are weird. They are launched from Earth with an heavy launcher that looks like a 2-stages Saturn-V, but can take off on their own from Miller's planet (1.3 G) and then again from the iced world (0.8 G). That almost beats a Deltaglider !

3- Miller's world. A planet covered with 20-30 centimeters of water over what seems a perfectly even "ocean" floor ? Also the proximity with the black hole causes a whole lot of hard-to-explain things. Well, a lot of "fi" in the "sci-fi", here.

5- Surviving an ejection and an EVA in a black hole and ending in a space/time-made tesseract built by unborn "humans". The particles that probably have a near-c velocity and shred Cooper's ship into pieces seem a dangerous environnement for a mere spacesuit.

6- The "hyper-sleep". Its unclear if it prevents the body from ageing, or only slows the process down. With so low power requirements that Mann was able to survive inside one for 10 years, on a very cold planet (it seems that the fluid inside has to stay warm, there is always some vapor over it).

7- Robots. Their design looks very, very advanced. A cube of metal that can divide in a variety of configurations, with no apparent axis or wheels... A bit ahead of some other stuff.

But overall yes, very good sci-fi movie. It doesn't pretend to be 100% accurate after all.

Edit : oh yeah and the relativistic effects rendering. Lots of work here, and it shows.

N_Molson said:
2- The Rangers. Those ships are weird. They are launched from Earth with an heavy launcher that looks like a 2-stages Saturn-V, but can take off on their own from Miller's planet (1.3 G) and then again from the iced world (0.8 G). That almost beats a Deltaglider !
Click to expand...

Think of it like launching a Delta-glider (with fairy dust propellant) on an Energia (Kulch's add-on has a few of those scenarios) or one of your DG-Launchers.

Pipcard said:
Think of it like launching a Delta-glider (with fairy dust propellant) on an Energia (Kulch's add-on has a few of those scenarios) or one of your DG-Launchers.

Maybe they had limited resources and/or wanted to save 9-10 km/s of delta-v on the Rangers.
Click to expand...

Another theory I heard is that they were launching some tons of cargo for Endurance, so launching together the Ranger in the same vehicle could had saved some resources for being used on the Stations.

Maybe they had limited resources and/or wanted to save 9-10 km/s of delta-v on the Rangers.
Click to expand...

Sure, but IMHO, using the default "super-fuel", a pair of external tanks you drop on the way to orbit is enough (Velcro Rockets allows that)

Other than that, yes, Rangers are very similar to DGs. Hover and Retro engines, VTOL, SSTO, excellent gliders, they have everything. Roughly same size and masses, I'd say.

Oddly, the Rangers "MkII" we see at the end of the movie are much more like starfighters as they seem to be 1-seated and way smaller. But that makes sense, with (anti)gravity engines, technology is pushed to the "Starwars level".

My favorite theory is that they just ignored the science when it suited them.

This theory works for most bad sci fi.

That's not so bad, to be honest the ending situation is a bit complicated and might lead to a paradox or two, which people generally don't like. But I like it, forces to think a bit, and everyone has room for its own "open ending"

They launched two rangers with that rocket, not one. 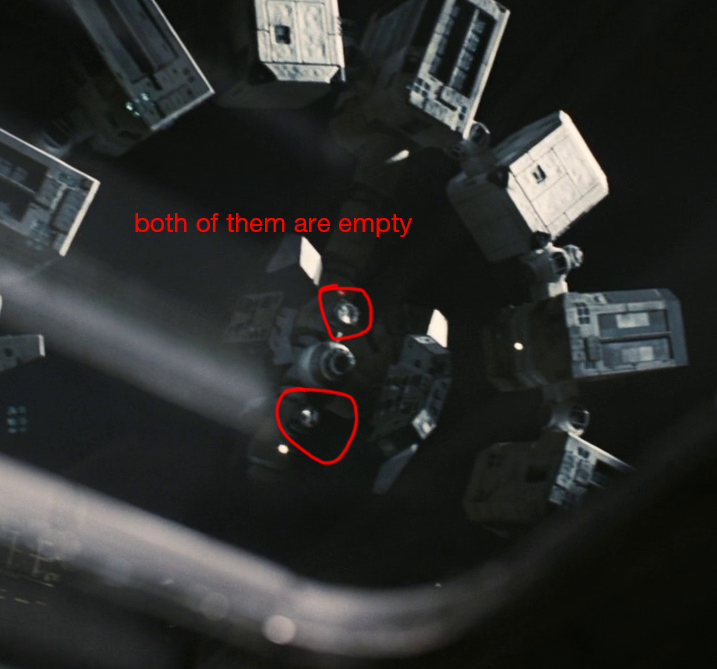 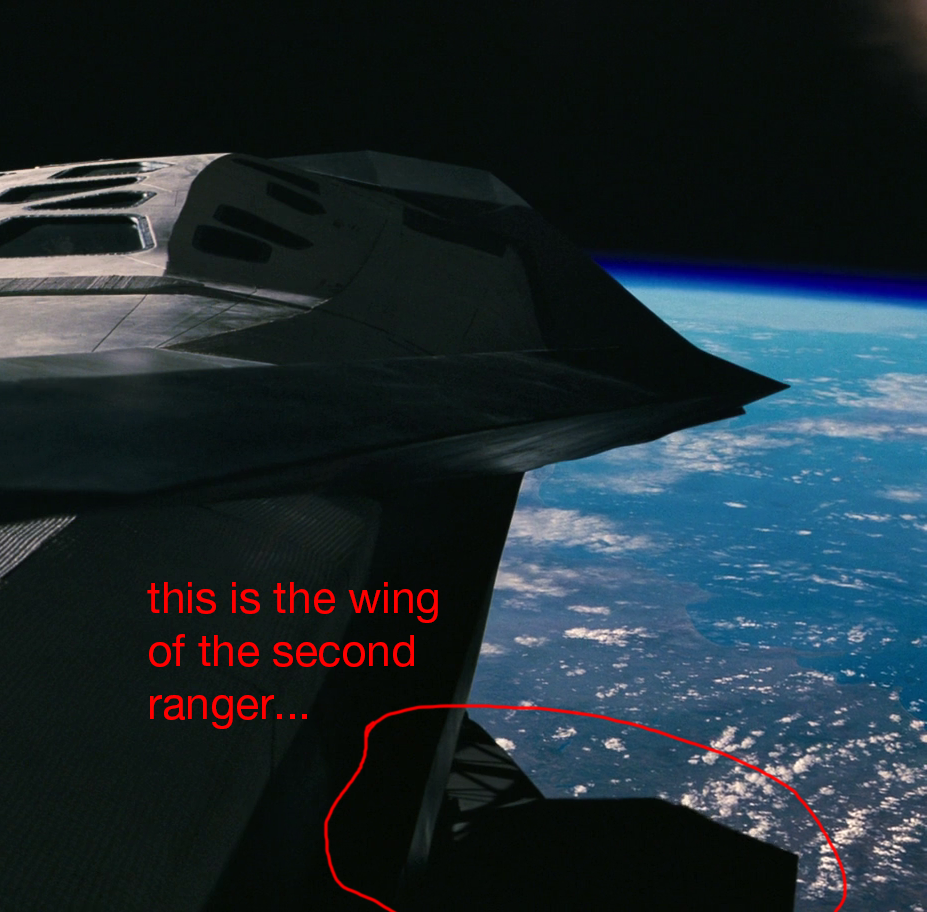 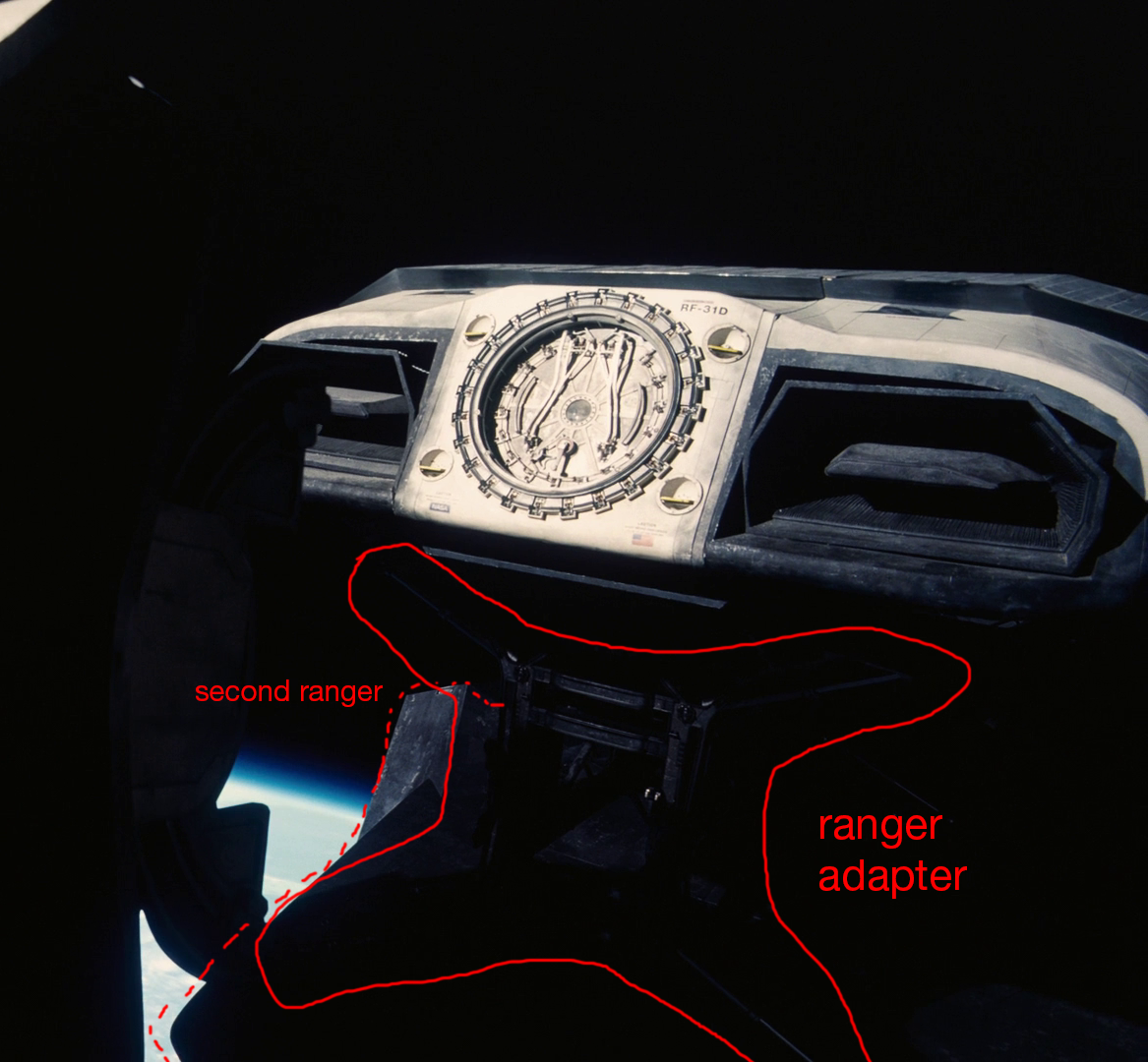 Yes 2 rangers. I have seen where the something like the SLS would launch them. I suppose a lanch adapter will have to be made

I wonder how the 2 landers got up there also?
N

gattispilot said:
Yes 2 rangers. I have seen where the something like the SLS would launch them. I suppose a lanch adapter will have to be made

I wonder how the 2 landers got up there also?
Click to expand...

Hello
I'm new to the forum

In the movie they show a ranger mounted on a saturn V rocket, which Cooper calls 'rangers' implying at least two of them, and this Moebius model kit shows two of them. Ranger is a high powered SSTO but novelization clarified that they used old Saturn V to conserve fuel as much as possible.