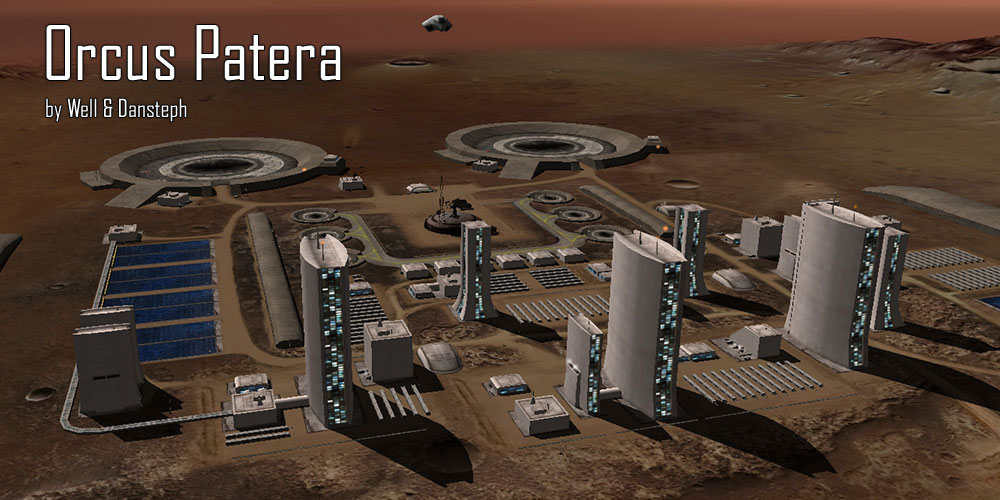 I am Well, Author of the lunar base Aurora.
I am French, thus forgive I for using an automatic translator..

I began the creation of this Mars base there are already one moment, specially for the Arrow Freighter de Dansteph, seen these dimensions(size) was needed an adequate base. It is the fabulous work of Dan that motivated me. It is moreover still the work of Dansteph on the French-speaking site which pushes me to the finalization of the addon.

It was the long work of realization that is not ended yet, the mesh is optimized as possible according to the rules of Dansteph.

Here is a series of screenshots just to make the tour of the owner:

A location of the base is dedicated to the base Prelude II de Dansteph decorated for the occasion of a skin new, what permait subject to the declared in the scenario, to have a real support UMMU with airlock.

Looking forward to this.

Quite simply stunning! looking forward to this as well!

Location
Infront of my PC

This is seriously good. I love your buildings, layout... you have an exellent imagination Well. I am awe-struck with this. :thumbup:
Bases arn't easy to plan or build correctly, not for me, but you seem to have it crack'd sir. I cannot wait for this base.

Really appreciate the time and effort you've put into this.

Beautiful stuff, keep it up!

Definitively a base and not a bace. Obviously a lot of work here, thank you ! :thumbup:

Yeah, I saw that on Dan' forum,last week,and was blown away,excellent work Well.

Location
Where my towel is.

I can't wait until Tuesday, I want it now!

I'm happy to wait several tuesdays. Better to wait and have it excellent than rushed.

Any chance of a pre -release taster. Maybe 3 or 4 buildings, they truly look great.

Thanks to all :tiphat:

It is my biggest project has this day, novelties come to be added what extends the work but it will be for your most great pleasure I hope for it, to stay has the listening. I work on the base every day

Well, it's Tuesday. What download site are you using or going to use?

Seriously, at the end of developpement,
release on Pappy's Hangar
Last edited: Oct 22, 2013

Seriously, at the end of developpement,
release on Pappy's Hangar
Click to expand...

Mais oui, mon vieux. I see you remember all the fun discussions around previous release dates for Orbiter.