So you may have noticed some my current activity being focused a great deal on Upsilon Andromedae. The whole story about that can be found here

But suffice to say that the project is sort of like a semi-open ended VSA. Schedules & plans are flexible, but there is one major goal for the forseable future. Instead of the moon, the Andromedans have Upsilon Andromeda DII, the second planet orbiting the same gas giant as their home, a lot like Europa is certain respects. 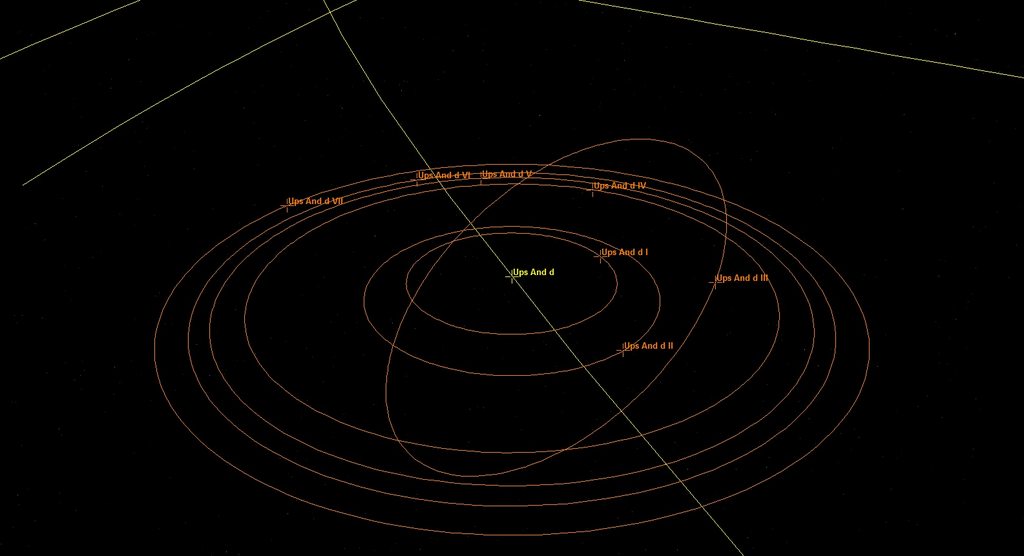 But right now, my focus is on Upsilon Andromeda DI, a fairly large terrestrial moon. It has a somewhat thick atmosphere, and huge polar ice caps on both poles.

My current vision of what the planet is like is really dependent on its geology. This works out nicely, given that I have a geology midterm in one week, and doing this is pretty damn close to studying in its own right (well almost:lol

In this particular map, I have plate boundaries on land & coastal shelves along coastlines marked with orange lines. The blue lines are failed divergent plate boundaries, often the basis for major river valleys in continents. Finally the grey lines mark the portions of continents under ice cover.

Please feel free to discuss and/or contribute to the discussion. :thumbup:
I would love new ideas.