GUNPO, SOUTH KOREA (AFP) - A giant South Korean-built manned robot that walks like a human but makes the ground shake under its weight has taken its first baby steps.

Designed by a veteran of science fiction blockbusters, the four-metre-tall, 1.5 tonne Method-2 towers over a room on the outskirts of Seoul.

The hulking human-like creation bears a striking resemblance to the military robots starring in the movie "Avatar".

It is claimed as a world first by its creators at Hankook Mirae Technology, a South Korean robotics company, where about 30 engineers were hard at work conducting initial tests on Tuesday (Dec 27).

A pilot sitting inside the robot's torso makes limb movements which are mimicked by Method-2, whose metal arms each weigh 130kg.

The robot, more than twice the size of a tall man, is so heavy that it shakes the ground when it takes a step with a loud whirring of motors.

Yang, who dreamed as a child of building his own robot, said he has invested 242 billion won (S$290 million) in the project since 2014 to "bring to life what only seemed possible in movies and cartoons".

Building the giant robot was a challenge for the engineers - most of them in their mid and late 30s - as its unprecedented scale meant they had nothing to refer to, said one who declined to be named.

So far, it remains unclear how the robot will be used. Method-2 is seen more as a test-bed for various technologies that will allow the creators to build any type and size of robot in future.

While its enormous size has grabbed media attention, the creators of Method-2 say the project's core achievement is the technology they developed and enhanced along the way.

"Everything we have been learning so far on this robot can be applied to solve real-world problems," said designer Vitaly Bulgarov on his Facebook page.

He has previously worked on film series such as Transformers, Robocop and Terminator.

Yang said they have already received inquiries from industries ranging from manufacturing and construction to entertainment.

There have even been questions about its possible deployment along the heavily fortified Demilitarized Zone with North Korea.

But the robot, tethered by a power cable and still a bit wobbly on its feet, is far from finished. More work is needed on its balance and power systems, according to its creators.

"The robot is one year old so it is taking baby steps," Yang said.

"Just like humans, it will be able to move more freely in the next couple of years." He said the robot will be ready for sale by the end of 2017 at a price of around 10 billion won. Cool, very cool. I mean, there are small bipedal robots already. I wonder why they don't just scale it up. It doesn't have to walk like a human, it just has to plod along. Maybe some passive stability measures could be employed?

Edit: it still hangs by the wires, so there's still work to be done. And that thing looks in dire need of a claw on one arm and a rotating machine gun on the other. Those palms look awkward AF. But at least, it's truly bipedal. Not like those wheeled "mechs" or that old japanese one which claimed to be walking, when it was actually rolling on small wheels in the feet.

That would be one hell of a faceplant when it trips and falls.
Judging by the lack of anyone in the cockpit during the walking, the developers understand that.

Soon baby. I'll have you soon: 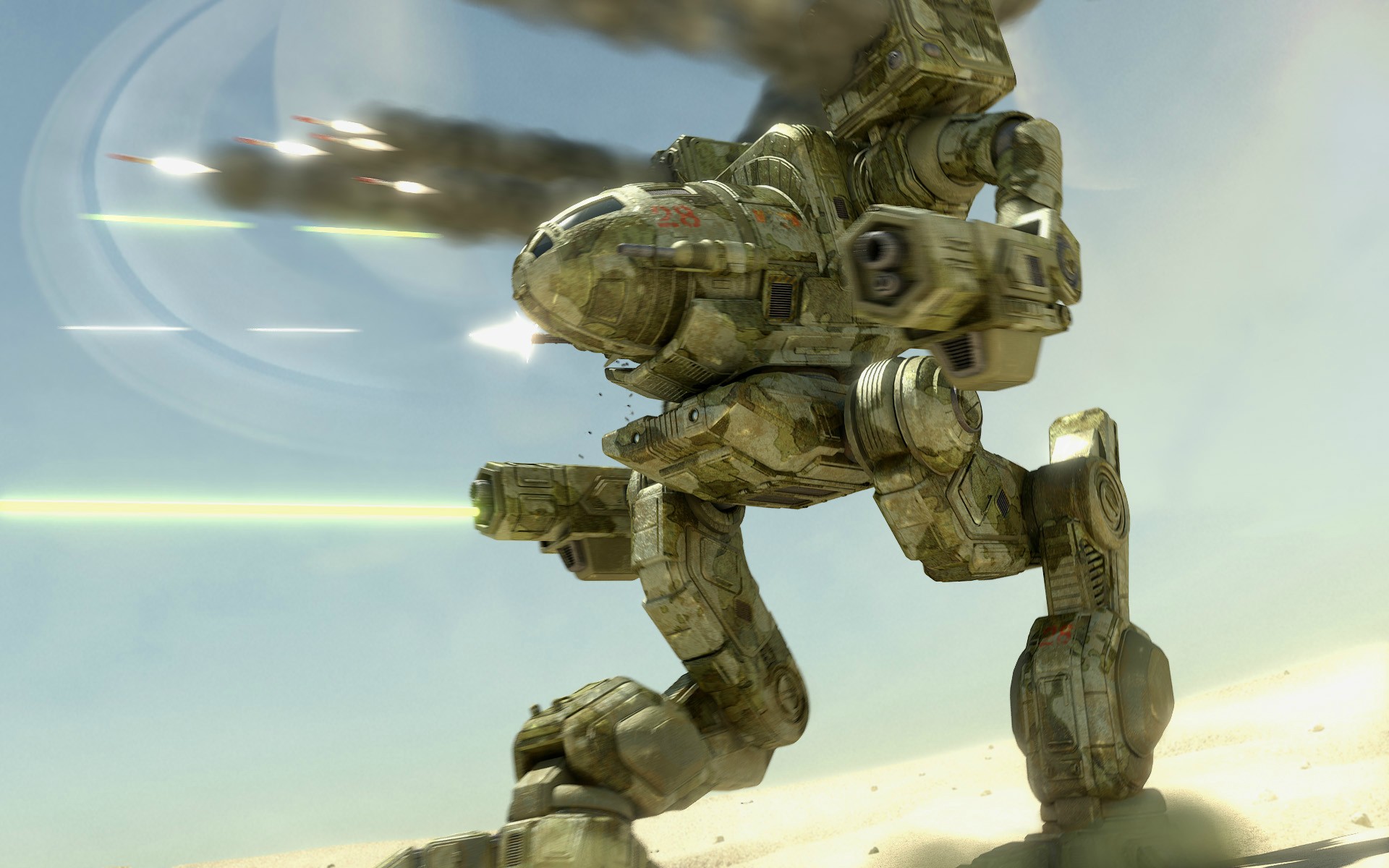 A slight correction: if it's manned it's not a robot, it's a vehicle.

A mech, in popular parlance, or "mecha" in plural.
You must log in or register to reply here.