animation practice (or rather, random manipulations in the hope that something will work out) when entering values, the KRD-79 engine turns out to be too steep, you can still fly somewhere on one module, except for the station Mir I use that tool and others extensively for everthing that touches vectors :

Math explained in easy language, plus puzzles, games, quizzes, worksheets and a forum. For K-12 kids, teachers and parents.
www.mathsisfun.com

Set the "Magnitude" = 1 (because those Orbiter thrust vectors are Unit Vectors), then input an angle in degrees, and it will gives you the vector components for that angle.

Now this is a 2D vector calculator, but you also can find 3D ones if you really need complex rotations.

Started the crane on the top of the tower and also trying to figure the various connections on the aft part, this is quite a haystack.

I don't really know what is that thing or "arm", there seems to be cables getting to two wheels that hang roughly at man arms height. Maybe used to winch things manually ? Really not sure. 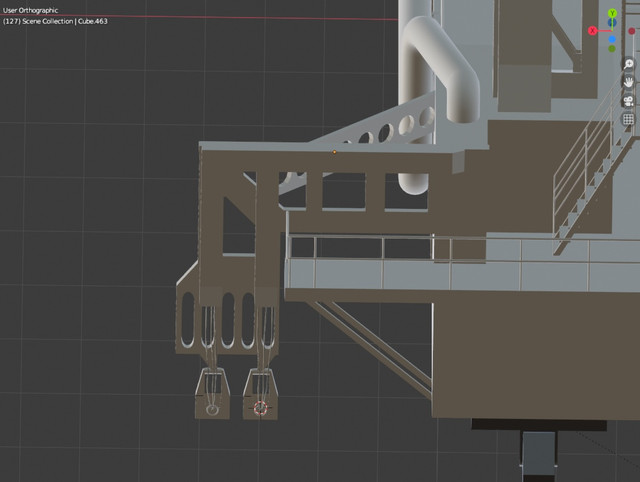 if it were a ship, I could say with confidence that it is a "Sheave"

Small crane located on the bottom of the "port" beam : 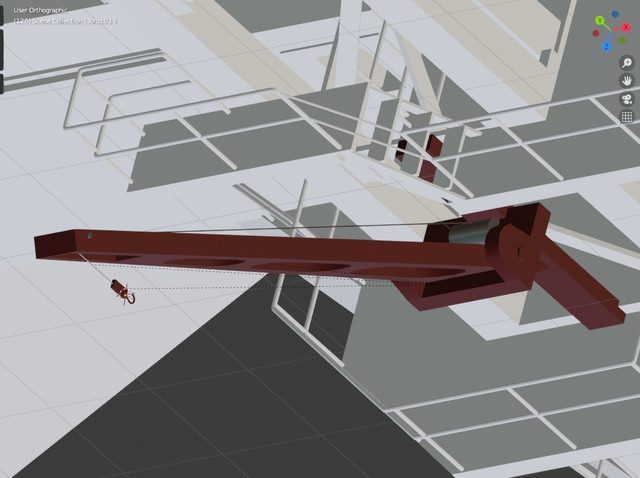 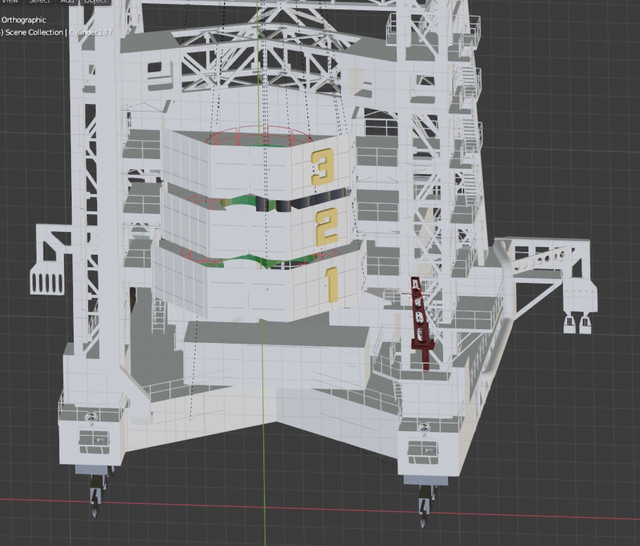 Progress on the main crane, all the way up : 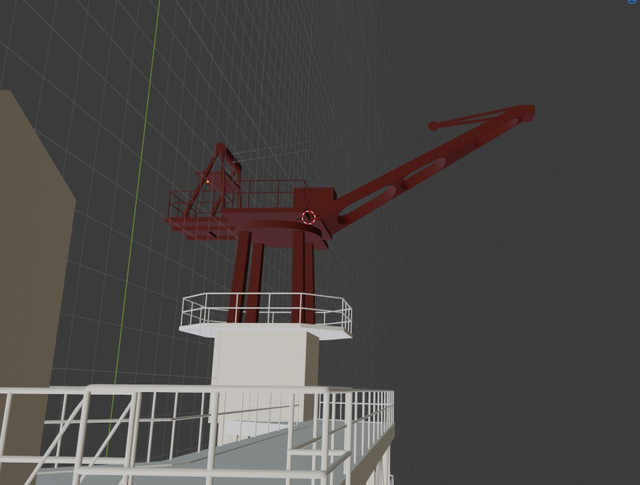 After that only a few details to add. We're getting there ! a feature of the modules control was discovered due to the fact that the engines on different planes necessarily outweigh the other, therefore the modules are not able to slide (sliding sideways up and down)
these directions will have to be corrected by turning the entire module and starting the main engine the location of the engines on the ship the Soyuz The Soyuz's main engine is the one covered in center

yes, but it is not really needed since all directions work (the cover must open under it the main engine is located)

yes, but it is not really needed since all directions work (the cover must open under it the main engine is located)
Click to expand...

A bigger engine usually has a better Specific Impulse, which means "more kilometers per liter". Attitude thrusters are not designed to have a good Specific Impulse, but to be very easy to ignite and cut off. The Soyuz TMA ones can do this dozens of time every second a bit like an automatic weapon (they have no "throttle", they are on/off and the computer manages those "bursts" duration and frequency to match the control inputs - we can't simulate that in Orbiter because we'd need a reliable framerate of like 1000 FPS, maybe in a few years! -). The Soyuz KDTU main engine (the center one) has 2 throttle modes (low and full), but it probably requires an ullage burn, so its "more efficient" BUT "less convenient".

Also the design plan is that, if for some reason the main engine fails completely, the small ones can be used as a backup. Even if they burn more fuel and don't lower the orbit as much as the main one, Soyuz is a LEO vehicle so it will be enough to bring the crew back on Earth in a reasonable delay through orbit decay (in the worst case cosmonauts have 48 hours of emergency supplies and even a small shotgun - anti-bear-gun - which they might also need on Earth in case of such an non-controlled reentry).

The other benefit of that "cross" pattern is that you can control pitch and yaw with those 4 engines only, that's some kind of backup if the DO (orientation system) fails. Robust design.
Last edited: May 4, 2021

maybe I'm confusing something, but in the cockpit it was not possible to create such lighting before increased the number of engines, and the principle of their operation MaxBuzz said:
maybe I'm confusing something, but in the cockpit it was not possible to create such lighting before
Click to expand...

I think Jarmonik is working on that, so newer versions of the client might include better lighting model for VC.

A bit "steamy". I'd try a bit less velocity and boost the growth rate of particles. Also you might want to try "diffuse" instead of "emissive". how can connect two objects that have attachment? (docking ports are connected in the scenario editor)

From the Space Shuttle Atlantis scenarios I'd say it works very much like docking ports, same syntax :

Carina is a "dumb" vessel with only a config file where the attachment points are defined, it has no .dll module at all, so this can be done through .cfg and .scn editing.

Very cool interior, I love those "back in the days" CRT screens