DanSteph is updating his addons for Orbiter 160828

My bad all. I saw the OrbiterSound 5.0 and I guess I just lost my composure. Sorry :embarrassed:
C

dansteph said:
Sorry, I'm preparing all for the incoming beta (hence the image of the setup program), but it's not yet ready.
The news thread: http://orbiter.dansteph.com/forum/index.php?topic=14499.msg220291#msg220291

The release is planned for Tuesday... :lol:

As I changed all the music system there will be some more alpha before the beta, if you want to test the alpha, you're welcome, just send me a PM on my forum.
Click to expand...

I have no problem waiting for the Beta!

This will be useful for add-ons authors.

Comment from add-on author welcome, let me know what you think and if you'd need more commands.
(This is work in progress, I barely started yet but as I'll need it for the updated demo scenario, I'll do it)
Last edited: May 24, 2020

I would like to ask if you might take a look at an issue I have with OrbiterSound (currently 4.0 that is).

But whenever it starts I always have to switch to another vessel (and back) before the PlayVesselWave call succeeds [1].
This is very unfortunate when we have a scenario with only one vessel
The issue is more or less Orbiters fault, as I seems it does not "trigger" a changeFocusVessel event, that seems to be needed by OrbiterSound.

Can you take a look into it or maybe add an API call to trigger the initialization of vessel in the upcoming (5.0) release?

Code for the ComMFD is on github.

By the way: The issue is independent of graphic client and also present in both Orbiter 2016 and Orbiter BETA (2010 worked if I remember correct[2]).

A "single Vessel in Orbit" scenario is attached.
If you like to have a compiled (debug) module DLL (for BETA or 2016) please drop me a note

kuddel said:
The issue is more or less Orbiters fault, as I seems it does not "trigger" a changeFocusVessel event, that seems to be needed by OrbiterSound.
Click to expand...

Do you mean oapi::Module::clbkFocusChanged ? If so, this should indeed trigger if the simulation starts due to the API reference:

This callback function is also called at the beginning of the simulation, where new_focus is the vessel receivingthe initial focus, and old_focus is NULL.
Click to expand...

Just tried it out with my recent project, and clbkFocusChanged behaves like documented. On simulation startup it fires the event and puts nullptr in the old_focus parameter.

Is it perhaps a different event you are talking about, or in a different module "class" (I've been using a non-vessel module).

Out of curiosity, tried it with the vessel module callback as well, and it also triggers on simulation start with the old focus value at null. Both tests for 2016, not beta, though. Perhaps the problem is some order-specific thing, like e.g. the focus event coming too late or too early for OS to capture it?

I can not say what OrbiterSound exactly triggers on (as I have no insight of course), so whether it's really clbkFocusChanged is pure speculation on my side

And because I still can not see what I'm really doing wrong here, I've pushed the source code to github to let "another pair of eyes" look onto it.

I initially wrote that code for Orbiter 2010 where it worked. Than came Orbiter 2016 and I couldn't get the same code to behave as expected anymore (regarding single vessel startup). I discussed that issue a while ago (can't find that thread again however).0
After some time I forgot about that add-on, but now when there's a 5.0 Version on the horizon it came back

Side-Side-Note:
I also would like to see pull requests from voice-actors increasing the quality of the "voices"
Some phrases like "decimal" or "MHz" are rare on free sound libraries in the web
Adding more voices ("French" and "Russian" for example might be nice) is easy: Just add a folder with the samples in the Sound/ComMFD folder.
Last edited: Jun 15, 2020

If compiling the source is not an option here's the compiled Module (Debug & Release / for 2016 and BETA).
The "Sound/ComMFD" folder must be pulled from here to let it work, of course.

Sorry for the delay, I'm not monitoring this thread but the update one on my forum where I post the news.

Please, watch in HD (click on the title, not on play), pump up the volume and don't stop just after the first music.... (there is an end)

Sorry for the delay, I'm not monitoring this thread but the update one on my forum where I post the news.

I have no special reason for using OrbiterSoundSDK40 over MfdSoundSDK40...
I think I wanted sounds to be played automatically at a specific distance before docking when I started this project...
I'll try and see if using MfdSoundSDK40.h helps. It has become an MFD now so that header seems appropriate :thumbup:


dansteph said:
Also small detail, it would be better to put your sound folder into "./Sound/_CustomVesselSound/ComMFD/*" instead of "./Sound/ComMFD/*"
Click to expand...

No problem. It just isn't a vessel sound anymore But if it fits better I'll put 'em there.

Thanks for the notes and I'll post results when I got some.

Update: MfdSoundSDK40.h does not include BOOL IsPlaying (int MyID, int WavNumber);, which is essential for the concept.

To keep the naming scheme of MfdSoundSDK40, the prototype should be:
BOOL IsMFDWavePlaying (int MyID, int WavNumber);

If not I can maybe add as "IsPlaying" to MfdSoundSDK50.h but you'll have to wait until the OS release to release your addon.
Last edited: Jul 4, 2020


dansteph said:
If not I can maybe add as "IsPlaying" to MfdSoundSDK50.h but you'll have to wait until the OS release to release your addon.
Click to expand...

5.0 should also be "detectable" by a makro definition at compile-time[1].
At runtime I can use GetUserOrbiterSoundVer().

Keep up the good work,

dgatsoulis made some epic stress-test with the new scenario command :lol: 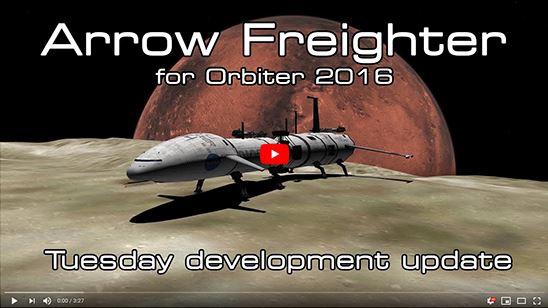 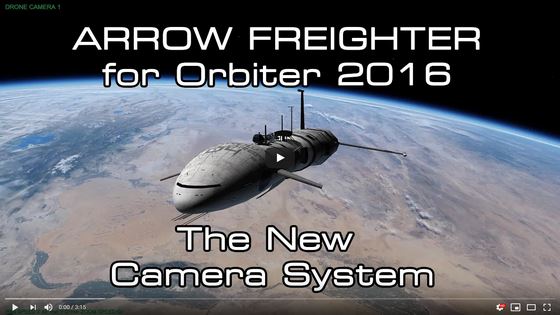 Hey Dan just a suggestion,how about a night vision mode for the cameras?

or cameras with a vintage film effect

or other interesting filters

Maybe I missed it in an earlier video, but I'm equally intrigued by the Shuttle-A parked on her back.