During the launch replay, I kept seeing a tank filled with some sort of liquid. Was that the fuel tank or was that some sort of experiment?

That was the inside of the second stage.

Would make a nice wallpaper I think, all those blobs of fuel floating around. Looked pretty cool.

The arguments about weight to orbit are moot. The only thing worth looking at is price.

If the payload is lighter, it still needs to get to orbit, but recovering the stage will eventually make flights cheaper.

If the payload is heavy, the stage simply won't be recovered.

Yes, the solution is simple. I'll give example figures here.

If the minimum that the engine can be throttled down is 50%, then you don't throttle it to 50%, you throttle it to 60% and start breaking LATER than you would at 50%.

No need for any ascent performance loss or engine re-engineering. No need to hover either. Just wastes fuel. The only thing that matters is the velocity and orientation of the rocket at contact. If you get there by hovering down to it at 0.1 m/s or wildly slowing down from high speed, it makes no difference.

fsci123 said:
During the launch replay, I kept seeing a tank filled with some sort of liquid. Was that the fuel tank or was that some sort of experiment?
Click to expand...

STS said:
That was the inside of the second stage.
Click to expand...

To be more specific; it was liquid oxygen from the upper tank in the second stage. You can tell because there is no pipeline intersecting the tank and liquid oxygen has a slight blue tint.

Here's my video of the launch this morning with my scope, including the braking burn during descent of the first stage. I did not see that in other replays of the launch.
https://www.youtube.com/watch?v=ReMq_JeYmiI

From Elon on Twitter: "Grid fins worked extremely well from hypersonic velocity to subsonic, but ran out of hydraulic fluid right before landing."

Also, next flight will have more hydraulic fluid anyways.

Neat thing about SpaceX approach towards reusable rocket stages is as long as they charge their customers for expandable version they can afford to crash stages until they get all the bugs out and still make profit.
If some company develops reusable spaceplane costing billions crashing a prototype on a flight test can be end for that company if they don't have enough cash reserves to fabricate replacement while rocket stages are in series production and even if it takes 10 crash landings to make reusable first stage work reliably it's no big deal.

So they actually put lights and a camera inside the tanks now?

Andy44 said:
So they actually put lights and a camera inside the tanks now?
Click to expand...

I was fascinated by the fuel cam. I was watching it then thought... "Wait, ... What?" Replayed it a second or third time and realized it was fuel being rapidly sucked down then sloshing around at EC. Then I played it about four more times because it was so cool
D

Of course it's cool. It's liquid hydrogen.

Some images of the barge have come through: 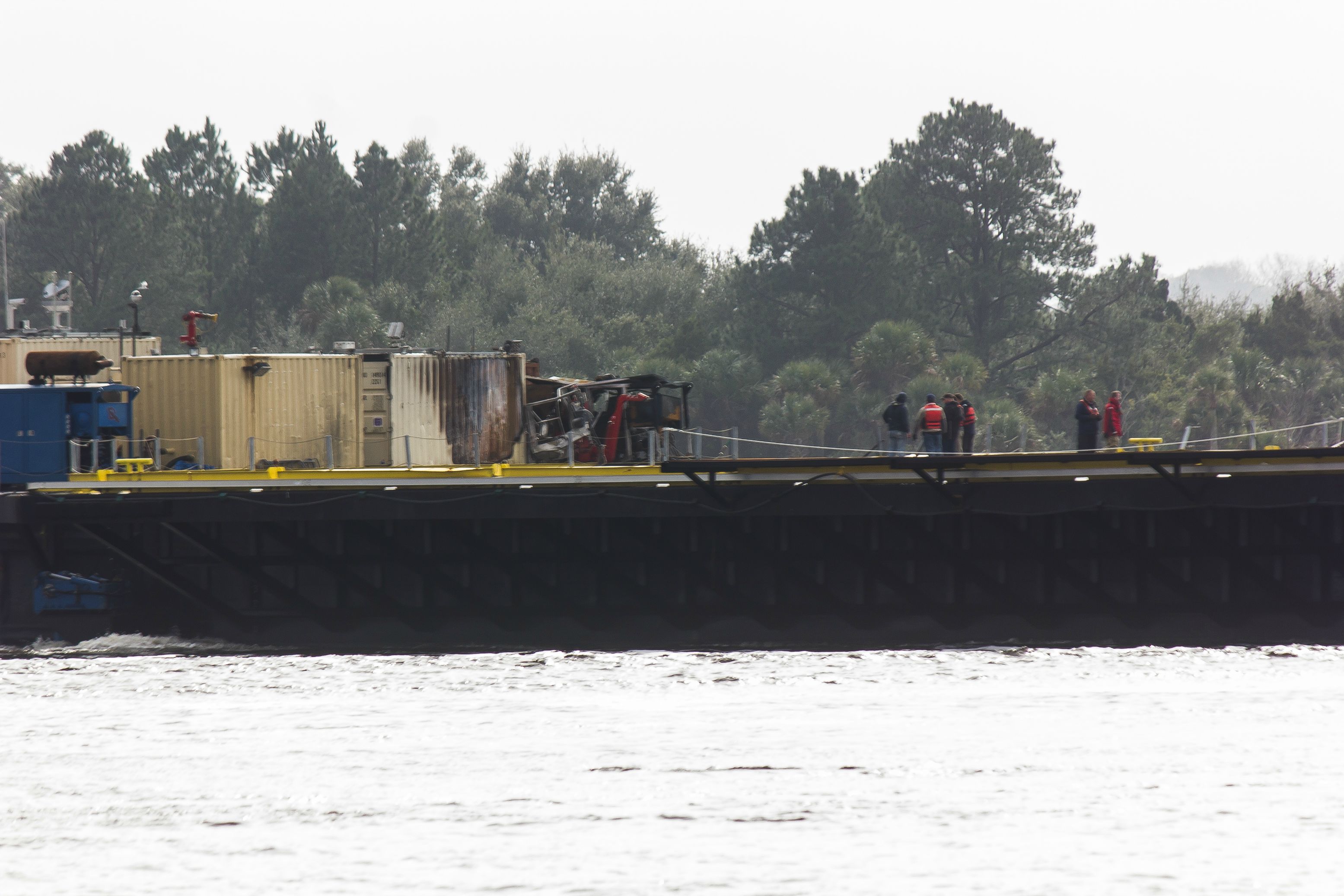 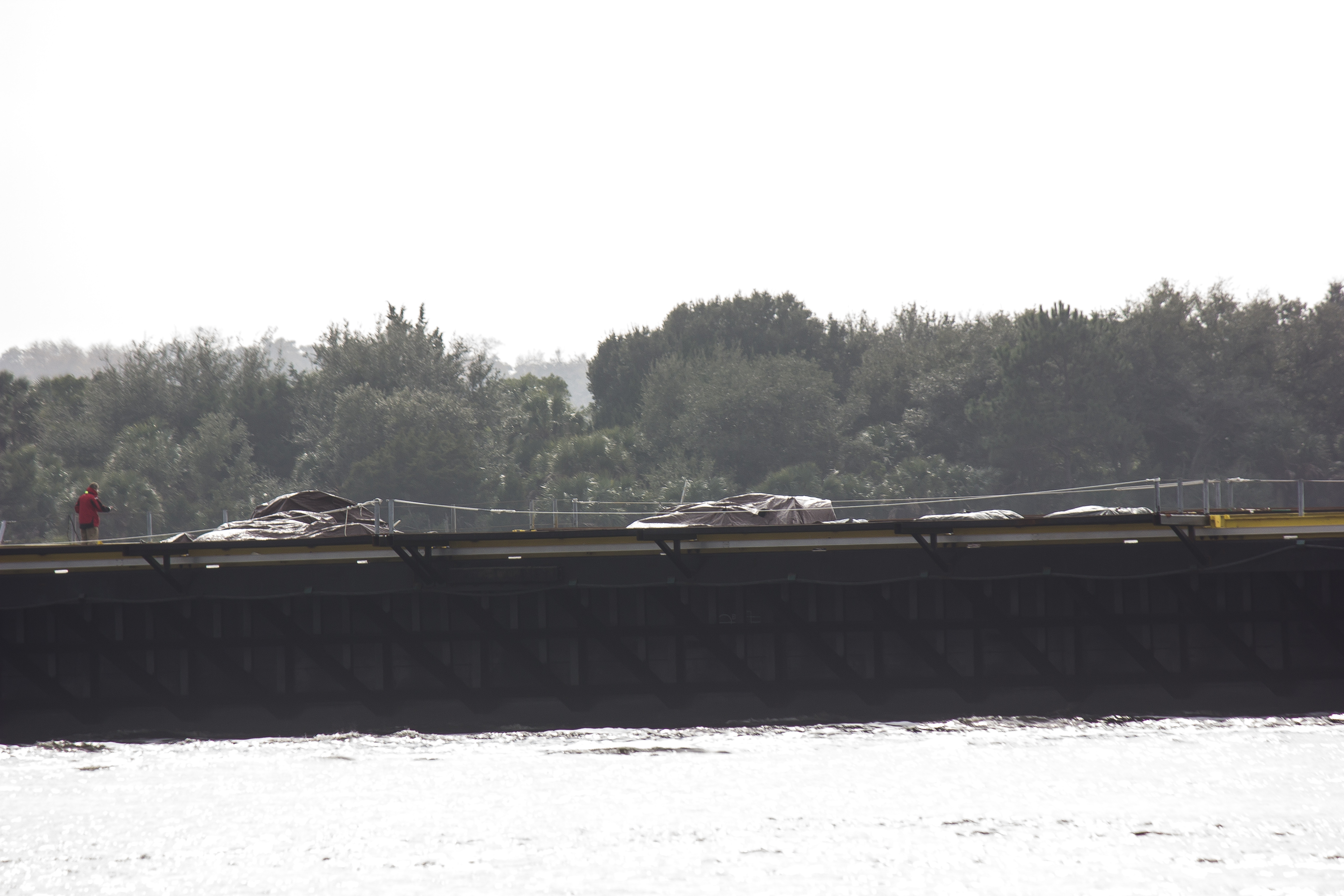 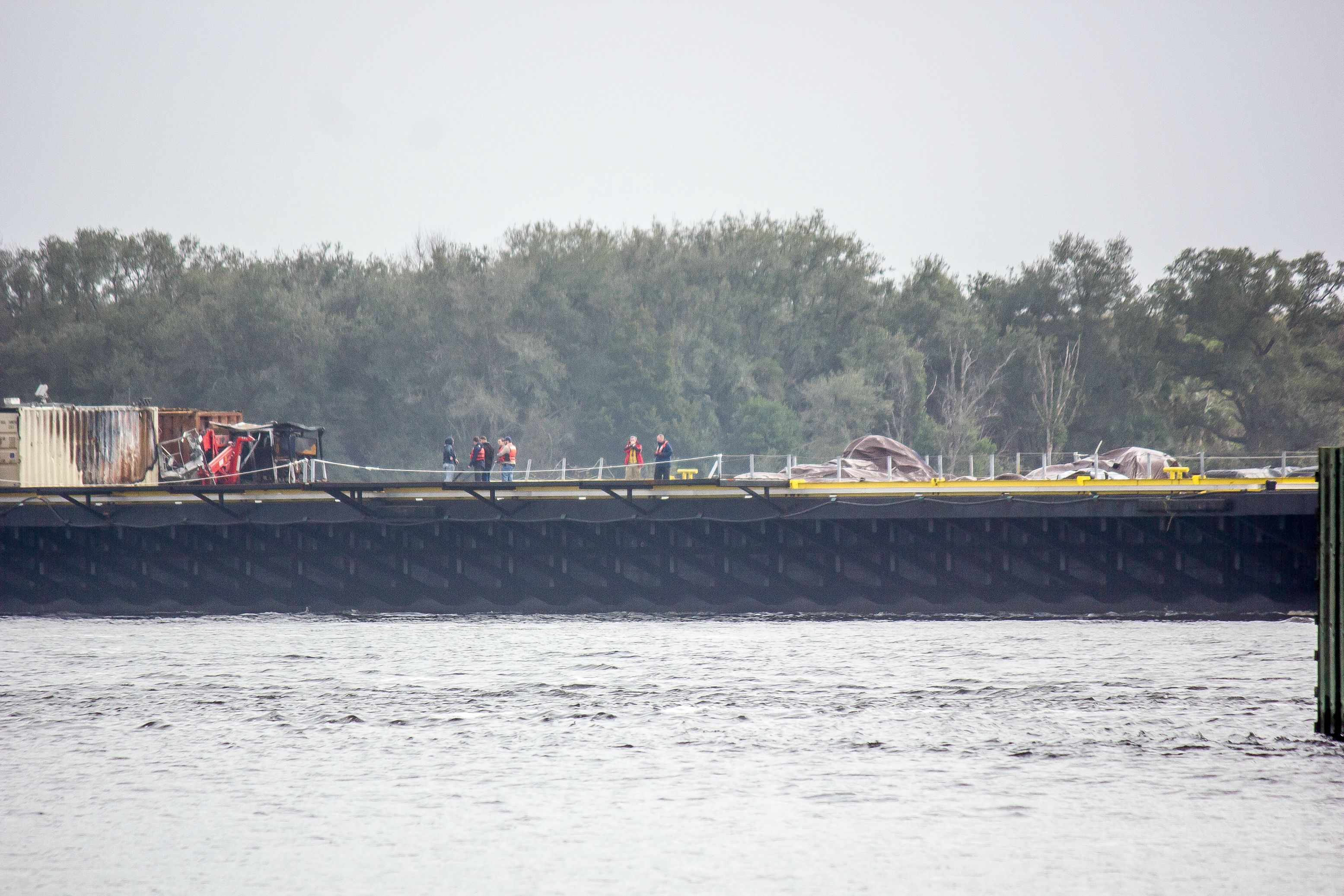 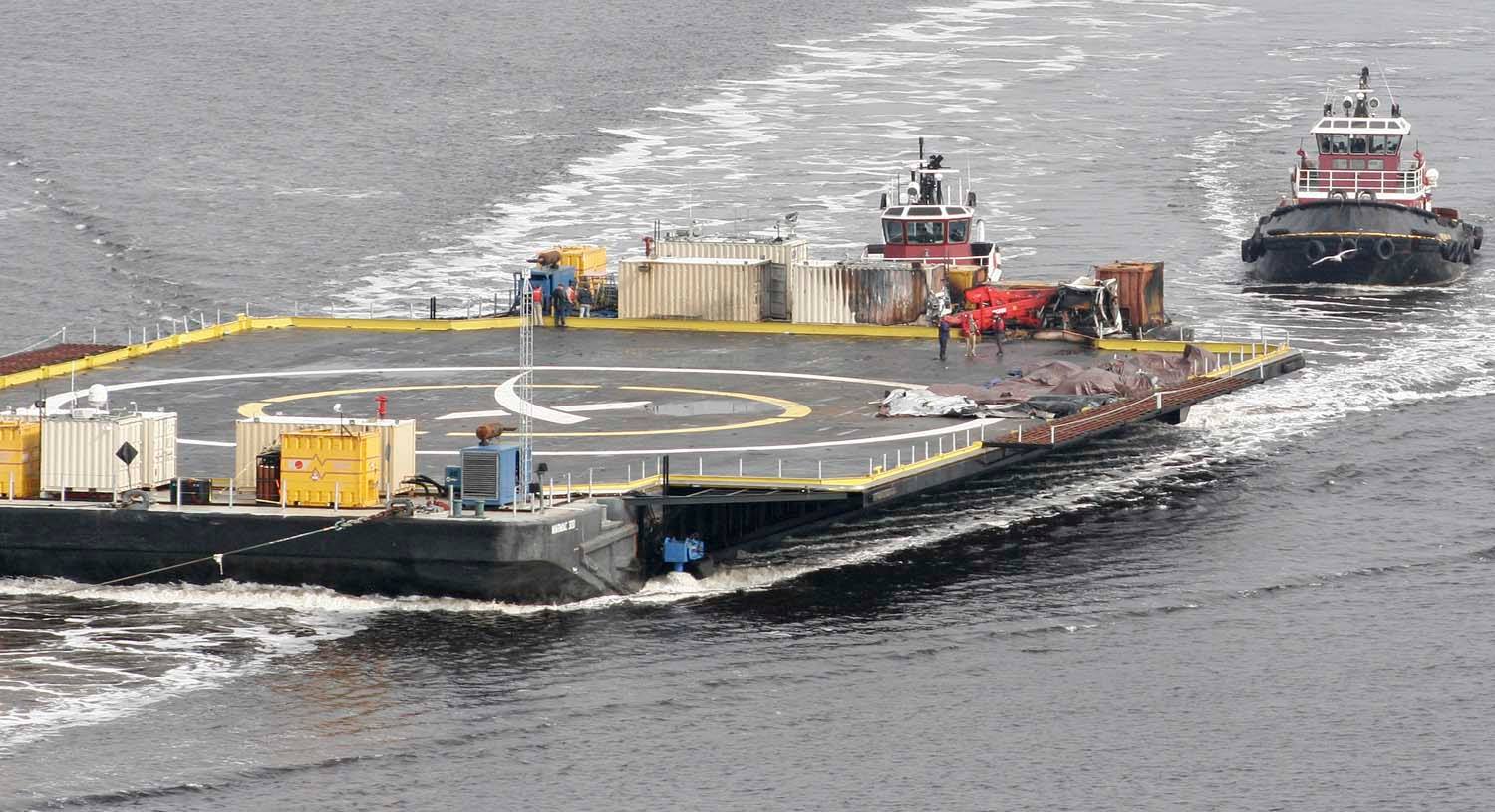 All I've seen was globules floating. Where is there video of it being sucked down?

Amazing that instrumentation has advanced to the point where they can get video from inside a propellant tank. Wasn't too long ago that putting any camera at all on launch vehicles was too expensive in terms of mass penalty and allocated telemetry bandwidth. I'm guessing the Columbia accident spurred the advance.

Prior to the blobs of fuel floating around there was a short snippet of fuel while the stage was still under power. You could see the fuel level rapidly depleting, then at SECO it "fell" away from the bottom of the tank.

Those picture of the drone ship really give a clear idea of the size of the thing. I'd only seen the overhead fish-eye view previously.
C

Andy44 said:
Amazing that instrumentation has advanced to the point where they can get video from inside a propellant tank. Wasn't too long ago that putting any camera at all on launch vehicles was too expensive in terms of mass penalty and allocated telemetry bandwidth. I'm guessing the Columbia accident spurred the advance.
Click to expand...

Yep, I remember how cool was to see the tanks of the Saturn-IB being sucked!

So, they did recover the stage or it fell on the sea after hard landing?


Very cool, I didn't know that footage existed. I do know that putting a bunch of cameras on the Saturns was only done on test flights, and that the film canisters actually had to be recovered from the sea to see the footage, as on Apollo 4 and Apollo 6.

I'm pretty sure the modern method is a bit easier!
D