Hmm...!? I thought Gagarin's silver sphere flew just over a year ago with some animals to space? (with, um, not that good results) How come we got YET ANOTHER one in Baikonur in 2014, of all years of the century? Maybe someone is filming a movie about Korolev, Gagarin et al.?

Well, the answer is nope! And this time animals aren't the main actor of this flight either. Foton-M #4 is the newest spacecraft in the long line of hundreds that flew since the iconic Vostok in the early 1960s.

While very similar in structure to the Bion-M #1 that flew last year, there's one major difference: the experiments carried on board are mostly related to material sciences and microgravity research (although several biological experiments are still on board). And unlike the Bion line, the Foton (photon) line of recoverable microgravity science spacecraft has not seen a gap lately, with the last 3 flights being in 2002, 2005 and 2007 (of which the 2002 flight is most remembered by the explosion it caused :facepalm.

Unlike these few flights, however, the European Space Agency isn't on board and all of the experiments are from Russian institutions. Like Bion-M #1 last year, Foton-M #4 will boost itself to the planned 575 km, 64.9 degree orbit, where it will stay for 2 months with the 22 experiments on board running. In late September it will de-orbit and land in the Ural mountains for recovery. :tiphat: 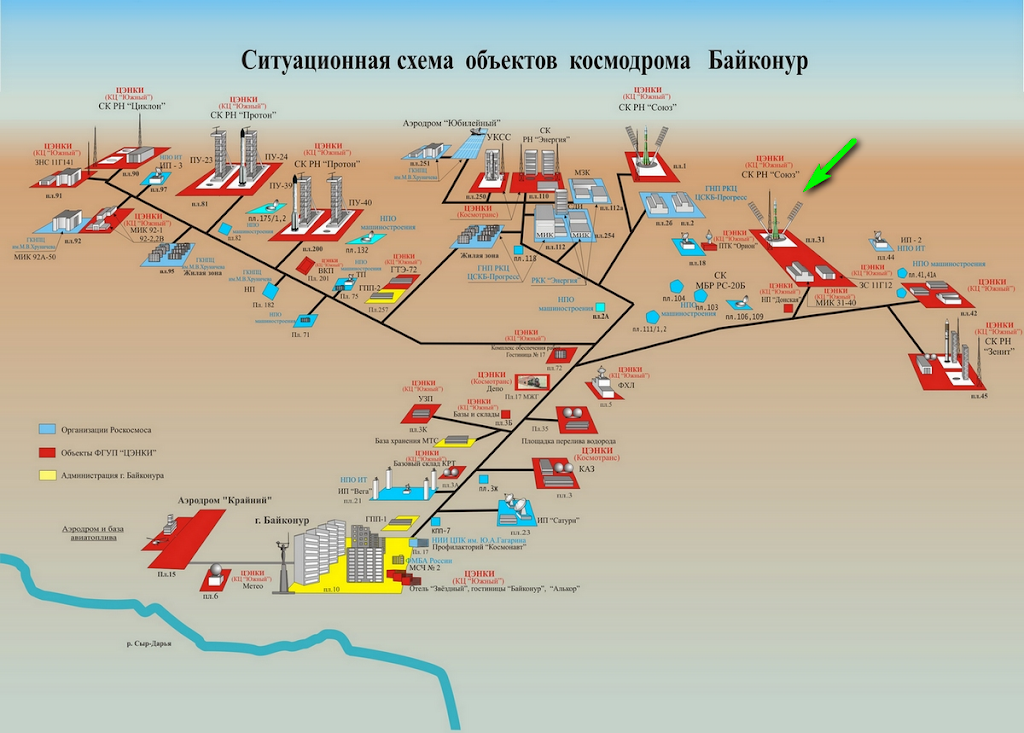 Live Coverage Of The Launch:

In many ways unique to the Russian space program, the Foton spacecraft is very similar to the Bion series of satellites, which also built around a retrievable spherical capsule attached to a service module. However unlike Bion, whose scientific program focuses on biological research, the Foton's experiments center around material science, even though both projects have some overlap. Experiments onboard Foton and Bion can be initiated before launch or after reaching orbit and they can run either fully automatically during the entire mission or with some monitoring and even control via Russian ground stations. Bion and Foton spacecraft use basic architecture first developed in the USSR for the launching a single pilot into orbit under the Vostok project.

According to Roskosmos, a total of 850 kilograms of scientific instruments for 22 experiments would be carried during the Foton-M4 mission, including up to 600 kilograms of payloads inside the pressurized descent module and remaining 250 kilograms attached to its exterior and exposed to the vacuum of space. The biological payload will include five geckoes, flies, seeds of plants and microorganisms.

According to the leading project scientist in the Foton and Bion programs A. Sychev from Moscow-based Institute for Medical and Biological Problems of Space Flight, IMBP, experiments onboard Foton-M4 will help to understand the effects of space flight on the human body and to develop methods of protecting cosmonauts. "Ultimately, this new data is necessary to support human expansion beyond Earth into deep space," Sychev said.

Although Foton-M No. 4 formally continues the Foton-M series, the spacecraft's design resembles primarily the Foton-M1 vehicle, which was destroyed in a launch accident in 2002. However, Foton-M4 does not have a life-support system, which was present on the M1 spacecraft. On Foton-M4, live organisms will be consuming air in the pressurized capsule without replenishment.

However, for the first time, Foton-M4 was designed to operate for 60 days, thanks to solar panels capable of recharging onboard batteries and providing more power to onboard equipment.

Foton-M4 will be also equipped with a modified service module and with the new liquid-propellant orbit-correction engine. It will be used to boost the apogee (highest point) of the initial parking orbit to 575 kilometers, providing the lower level of microgravity for onboard experiments.

The service module contains the propulsion system and rechargeable batteries.

The first Foton satellite was launched in 1985 and spent 13 days in orbit. A total of 12 Foton missions lasting from 13 to 18 days were conducted until 1999. Foreign participants were able to join Foton missions beginning with the launch of Foton-5. 
Weight of science experiments and payloads:​
|

HAL9001 said:
Is there any other way to watch the launch live - the Tsenki player seems not to work
Click to expand...

I think like the last time someone took down the webcast (although this time someone did make it to work so I don't know :shrug.

Anyways it was unnecessary as the launch was smooth and the spacecraft and its small group of organisms (mostly microbes but there's apparently a small group of geckos as well) are now safely in orbit! :tiphat:

For a complete list of experiments carried on the spacecraft, see http://www.federalspace.ru/20669/ (also see this for highlights of material sciences experiments, this for biological experiments and this for experiments from Russian students!)
Last edited: Jul 21, 2014

Foton-M #4 - a 6-metric-ton Russian research satellite - may be stranded in space after experiencing a fault in its communication system immediately after launch last Friday. The satellite has already missed a crucial engine burn as work is underway to attempt to establish communications with the satellite and save the mission and the valuable science payloads aboard the satellite. Foton-M #4 was originally set for a 60-day mission with a landing in September to return 420 Kilograms of experiments performed in space.

Setting out to complete the most ambitious mission of any Foton satellite to date, the #4 satellite was expected to complete an initial series of operations after separation from the launch vehicle. These steps included the deployment of the two power-generating solar arrays, the acquisition of a stable three-axis orientation and the initiation of communications with ground stations. Within 72 hours of launch Foton-M #4 was to perform an engine burn using its propulsion system to circularize its orbit at 575 Kilometers before switching off its motion control system for the science mission to preserve a pristine microgravity for as long as possible.

This crucial engine burn to circularize the orbit did not take place - a definitive sign of trouble with the spacecraft. Rumors emerged over the course of the week that the Foton-M #4 satellite suffered a failure in its communication system.

The Izvestia news agency reported that Mission Control lost contact with Foton-M #4 citing a source within the Russian space program. According to information published by Izvestia, Foton-M #4 is sending telemetry but is apparently unable to receive command uplinks from the ground as no commands were executed up to this point in the mission.

This indicates that Foton-M #4 is charging its batteries and is still functional with the exception of the radio receiver or a portion of the satellite control system. Teams at MCC have started troubleshooting the problem to try and recover control of the satellite.

Some of the science aboard the satellite may already be compromised as some experiments require command uploads for the execution of science sequences and experiment maintenance operations.

Since Foton-M #4 is charging its batteries and providing telemetry, teams have insight into its general status and have some time to recover the mission as the satellite is not running out of electrical power and the orbital longevity of the 250x548-Kilometer orbit is well above six months, depending on solar activity.
This provides teams with plenty of time to try and troubleshoot the issue and either salvage some of the science or at least bring the mission to a safe end with a targeted re-entry and landing of the satellite.

Should teams not be successful in recovering the satellite, it is unlikely that the spacecraft can complete its mission. If no contact can be made, Foton-M #4 will be stranded in orbit approaching an untargeted re-entry which can bring some risk as a significant portion of the satellite has been designed to survive re-entry and make it back to Earth.
Click to expand...

"Connection established, new commands uploaded in accordance with the flight plan. Investigation about the causes of the abnormal situation is underway, "- said the Head of Roscosmos Oleg Ostapenko.

According to the RCC "Progress", during the communication session service commands for transmission of the telemetry data were issued and programs for the continuation of the flight tasks were uploaded. The status of all systems of the spacecraft "Foton-M» N4 is normal. Control over satellite restored.
Click to expand...

It was a revolt by the mating space geckos.

I just ran into this while I was reading articles on Wired.

Remember poor Foton-M #4? After the Russians called off the orbital circulation burn, they also decided to end the mission slightly earlier. Early on September 1st the half-a-Vostok was de-orbited and landed in southern Russia near Orenburg at 09:18 UTC.

Unfortunately its misfortune did not stop after landing. All 5 geckos, like its mates on board Bion-M #1 last year, were found dead. (of hypothermia apparently - which suggests an experiment apparatus failure)

Foton-M4 lands, but all geckos onboard lost

On Aug. 27, Roskosmos suddenly announced that the State Commission responsible for the Foton-M4 flight had reviewed the status of scientific experiments onboard the spacecraft and had declared them completed as of that date. The commission decided to conduct landing of Foton-M4 on September 1, in the Orenburg Region in Southern Russia, the agency said.

The touchdown of the Foton-M4 spacecraft took place on Sept. 1, 2014, at 13:18 Moscow Summer Time, Roskosmos announced around half an hour after the fact. The agency's press-release also claimed that an average altitude of the satellite's orbit had been 575 kilometers, exceeding that of the International Space Station, ISS. This "piece of information" was likely copied from a pre-launch announcement, because, in reality, the orbit-correction engine onboard Foton-M4 had failed to deliver the spacecraft to its planned orbit shortly after its liftoff on July 19. The mission of Foton-M4 thus lasted 44 days instead of 60 days, which it was expected to fly at the time of the launch.

Around two hours after the landing, the official ITAR-TASS news agency reported that a joint search and rescue team of the Central Military District, TsVO; Roskosmos and the Institute of Medical and Biological Problems of Space flight, IMBP; had started an evacuation of the descent capsule from the landing site. According to the TsVO press service quoted by the agency, the landing took place as planned at the expected area and radio signals enabled to determine its exact location.

The search and rescue team planned to load the descent module on a special evacuation vehicle, which would drive it to a local airfield, where the spacecraft would be put on a plane bound to Moscow. More than 100 military personnel of TsVO participated in the recovery operations along with 10 Mi-8 helicopters and An-26 fixed-wing aircraft.

Several hours after landing, Roskosmos reported that all five geckos onboard Foton-M4 had died during the mission, however flies inside another experiment had survived. Specialists were working to determine the time and conditions of their death, the agency said.

Before the end of the day, the Interfax news agency cited an unnamed member of the commission overseeing the landing as saying that preliminary data points at freezing of the animals, possibly due to a failure of the life-support system in this particular experiment. According to the same source, it was impossible to tell when the failure had taken place. (During the flight, one of the project officials claimed that it was possible to monitor the conditions of the experiments onboard Foton-M4.)

On Sept. 2, RIA Novosti quoted the head of the gecko experiment Sergei Saveliev from the Institute of Human Morphology as saying that the death of all animals had likely taken place within few hours around two days before landing.
Click to expand...