Just less than 3 weeks after its strike back from the abyss, the infamous Proton rocket is about to make another attempt in breaking one of its many curses. This one though is quite stronger than many others (such as its lack of new commercial launch contracts, broken just hours earlier with one order from Spain's Hispasat), so remember to

before watching the launch today!

This very curse is related to Proton's "other upper stage". Well maybe this isn't the correct description to use, for its use has a much longer history than the much maligned Breeze-M!

Members here who are well versed to Russian spaceflight will probably know that well before the Breeze-M, or in fact almost every rocket out there today existed, the "standard" upper stage for the Soviet heavy lift rocket is Korolev's Block-D, a kerosene powered stage that had super long coasting ability for its day and would have been the key for braking into lunar orbit for Soviet human lunar landing missions had the project went that far (a.k.a the "5th stage" for the N1-L3 complex). However, it was borrowed early on for the precursor Zond human circum-lunar flights program, in which the Block-D was coupled with the Proton rocket from Korolev's competitor Chelomey for the push to the Moon.

Of course, we all know where the program went, but the Proton-Block-D couple stuck and become the Soviet's man heavy lift booster to beyond low Earth orbit, launching lunar rovers and sample return missions, flights to Venus, Mars and Halley's Comet, and supporting the construction of the Soviet satellite communication and TV broadcasting networks, missile warning satellites, and the GLONASS navigation satellite system, just to name a few. When the Soviet Union came down, Proton-Block-D became one of the world's largest available commercial satellite launcher of the mid-1990s and in 1996 it entered commercial service, supporting the launcher's first 6 years in the market until the more powerful Proton-M/Breeze-M replaced it for ILS launches in 2002. By then the Block-D was usually more seen with the Zenit rocket, used as the upper stage for Zenit-3 launches with Sea Launch and Land Launch.

Even after that, the Block-D soldered on with the Proton as the Russians keep it as an alternative upper stage (some say because the Block-D's higher thrust means better orbit insertion accuracy than using the Breeze-M), flying one or two missions per year with comsats built by Russian themselves and (mainly) GLONASS navsat replenishment missions. Today the Block-D has flown on more than 320 launches, about 100 more than the famed Centaur and only about 40 less than the "ultimate American upper stage" Agena.

So where does the curse come from? Well a few years ago Khrunichev and RSC Energia decided to improve the Proton/Block-D combo's ability and decided to enlarge the fuel tanks of the then in use Block-D variant. This version is known as the Block DM-03. While its use on the Proton might be limited, RSC Energia plans to use the same stage on the Zenit-3 and even as one of the upper stages for the new Angara-5.

Its first flight was on a "harmless" GLONASS triple replenishment satellite launch on December 5, 2010. Well harmless indeed, except that workers on Baikonur forgot to update their liquid oxygen fueling manual and they keep the same percentage of LOX loaded on the new larger stage. The result was a 1.5 tonne overweight Block-DM-03 and the stage never had a chance to fire before falling back to Earth with its payloads, setting off the current string of Proton launch accidents over the past 6 years.

Due to several unrelated accidents in the months after that, the Block-DM-03 did not have a chance to redeem itself until July 2, 2013, when the Russians planned to send another 3 GLONASS navsats.

We all know what happened on that overcast Baikonur morning. The Block-DM-03 didn't even stand a chance of being deployed in space.

And so, after 26 months of more head-banging and face-palming related to the Proton, the Block-DM-03 is ready at Baikonur to prove itself on its 3rd try to fire, and fire correctly. Due to the very bleak future prospect of the Zenit, the Proton is the only rocket the veteran Block-D will fly with until Angara-5 flights become more common. And it badly needs a test flight before it could be put into regular service and continue its legacy.

Well, there's at least one thing that is different this time - the passenger on board! Unlike the last two flights, the DM-03 will fly a communication satellite directly into geostationary orbit. Express-AM8 is the newest comsat for the Russia's state comsat operator RSCC, using the medium-sized Express-1000 platform from Russia's largest comsat constructor ISS Reshetnev. The 2.1 tonne satellite will provide coverage to the Europe side of Russia, as well as Europe, Africa and even South America.

Good luck to the Block-DM! 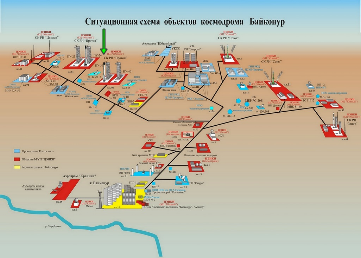 The Express-AM8 Ekspress-1000NTB based satellite will generate 5.9 kilowatts of end-of-life power to a payload consisting of 24 C-band, 12 Ka-band and 2 L-band transponders.

The vehicle's reliability statistics according to http://www.spacelaunchreport.com/log2015.html#rate:

Well as you can see with the lack of further posts, the Block DM-03 performed flawlessly. Another curse down for the time being for the Proton. :tiphat: