Launch scrubbed today due to violation of restricted airspace by a plane just minuets before liftoff. Tomorrow's launch opportunity is at 7:14:52 a.m. EST (12:14:52 GMT). NASA coverage will start at 6:45 am EST tomorrow. 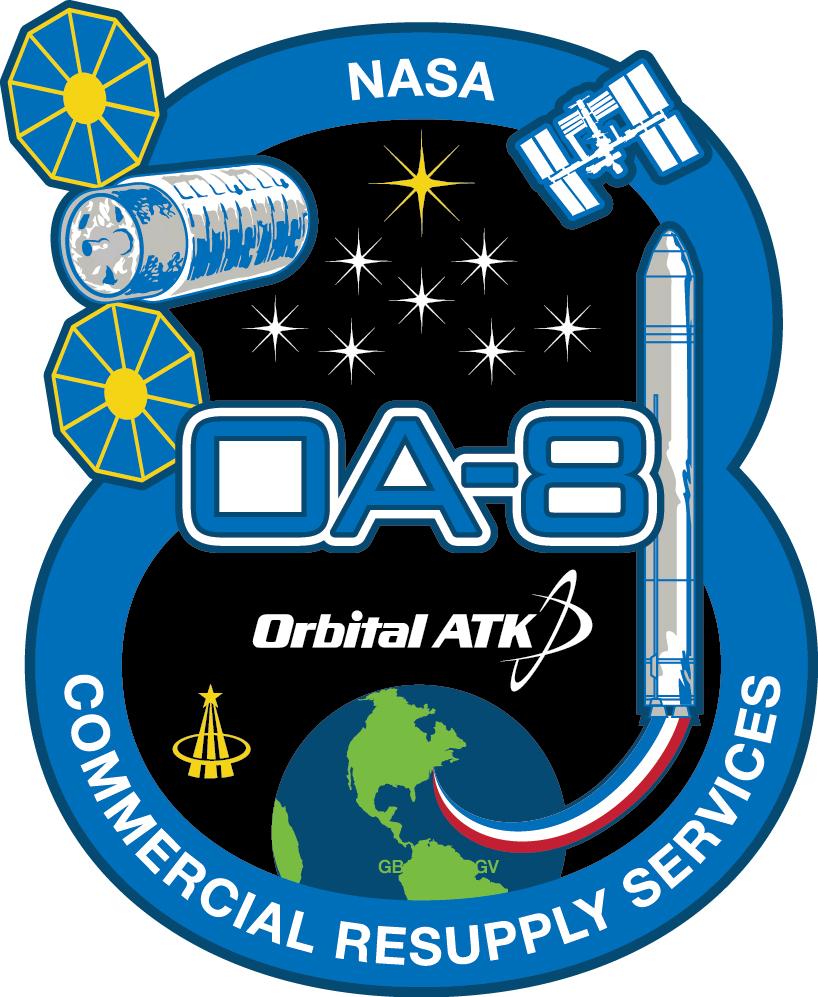 Orbital ATK is scheduled to launch its OA-8 mission to the International Space Station on November 11 with the five-minute launch window opening at 7:37 a.m. EST. The S.S. Gene Cernan Cygnus will launch aboard an Antares launch vehicle for the sixth time from NASA’s Wallops Flight Facility in Virginia. The spacecraft will deliver vital supplies and scientific equipment to the station as part of Orbital ATK’s Commercial Resupply Services (CRS) contract with NASA. Integration and testing of the Antares launch vehicle and Cygnus spacecraft are complete, and spacecraft encapsulation is scheduled for later this week. Watch the launch live beginning at 7:00 a.m. EST on launch day on NASA TV.
Click to expand...


Want to see the launch in person? Have a look at the chart below:

*Weather permitting, the launch of Antares from Wallops Island, Virginia, on November 11, 2017 may be widely visible along the East Coast. However, because this is an early morning launch, it is likely that the sun will interfere with viewing from most locations.* 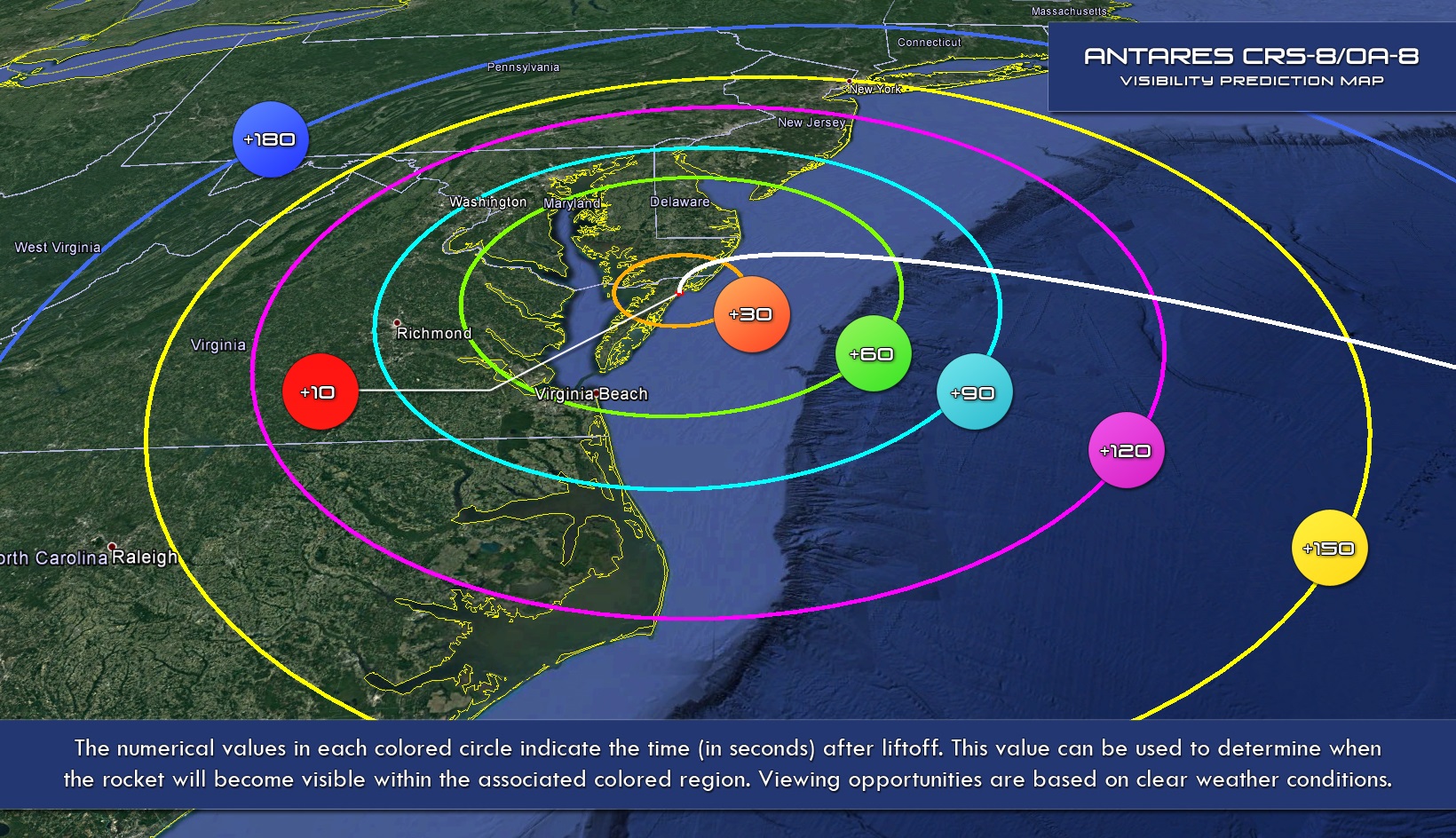 Designed to provide responsive and low-cost access to space, Antares is a two-stage vehicle (with optional third stage) that provides low-Earth orbit (LEO) launch capability for payloads weighing up to 8,000 kg. Internally funded by Orbital ATK, Antares completed a risk reduction mission and a demonstration of commercial re-supply services for the International Space Station (ISS) under a NASA Commercial Orbital Transportation Services (COTS) agreement in 2013. Orbital ATK commenced delivery of cargo to the ISS under the NASA Commercial Resupply Services (CRS) contract in 2014.
Click to expand...

Cargo is delivered to the station using Orbital ATK’s Cygnus spacecraft. The Cygnus spacecraft consists of two modules: the Service Module (SM) which incorporates the avionics, propulsion and power systems from Orbital ATK’s flight proven LEOStar and GEOStar spacecraft buses; and the Pressurized Cargo Module (PCM) which carries the crew supplies, spares and scientific experiments. The SM is integrated and tested at Orbital ATK’s Dulles, Virginia satellite manufacturing facility. The PCM is supplied by Thales Alenia Space and is produced in Turin Italy.
Click to expand...

More info about Orbital ATK CRS missions can be found in this fact sheet.

[ame="https://twitter.com/orbitalatk/status/928425461209853953"]Orbital ATK on Twitter: "#OA8 Mission Update: #Cygnus encapsulation is complete and we are prepping #Antares for roll to @VCSFA_MARS Pad 0A early tomorrow morning! https://t.co/D7uCKX7Kju"[/ame] 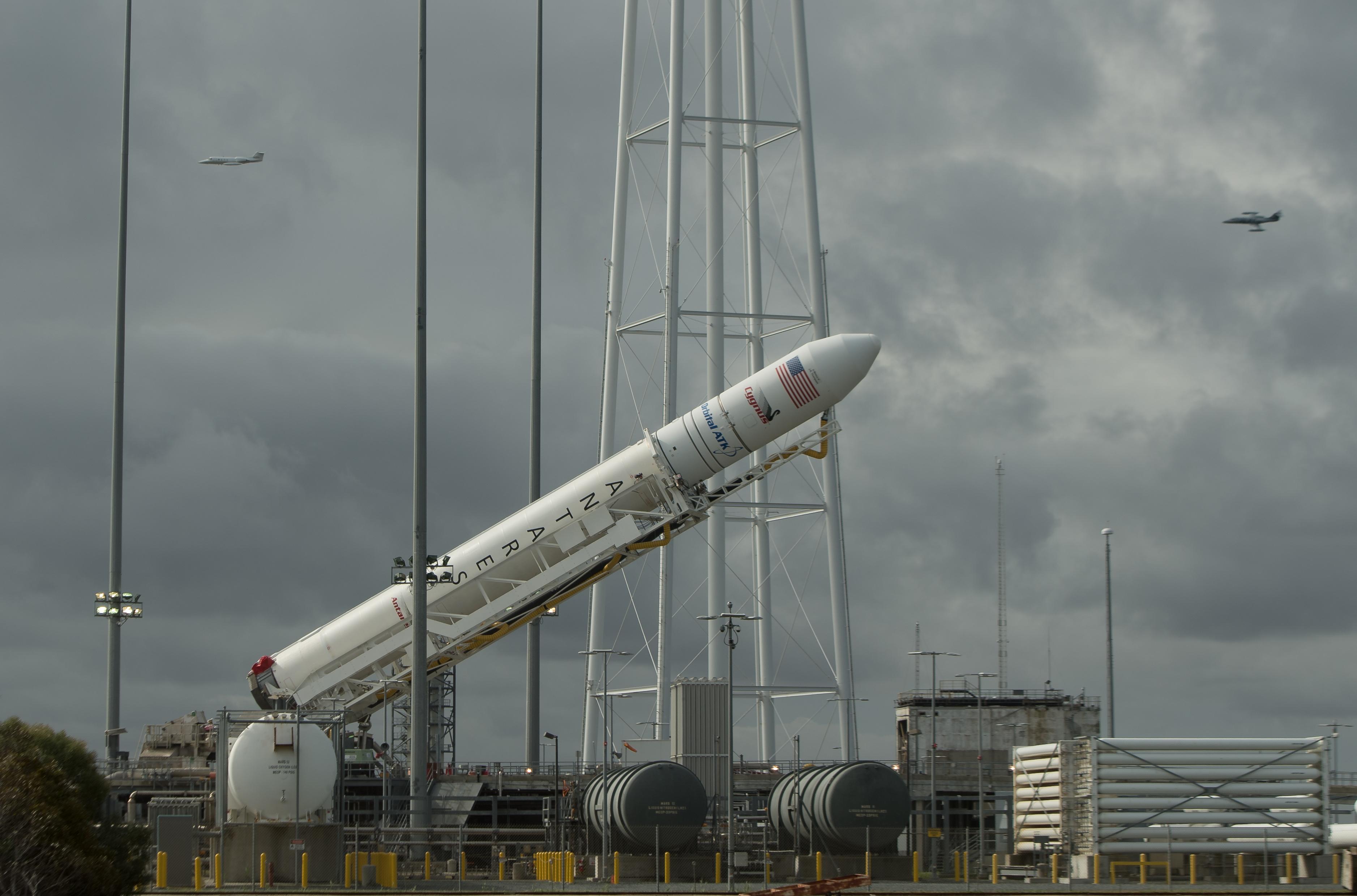 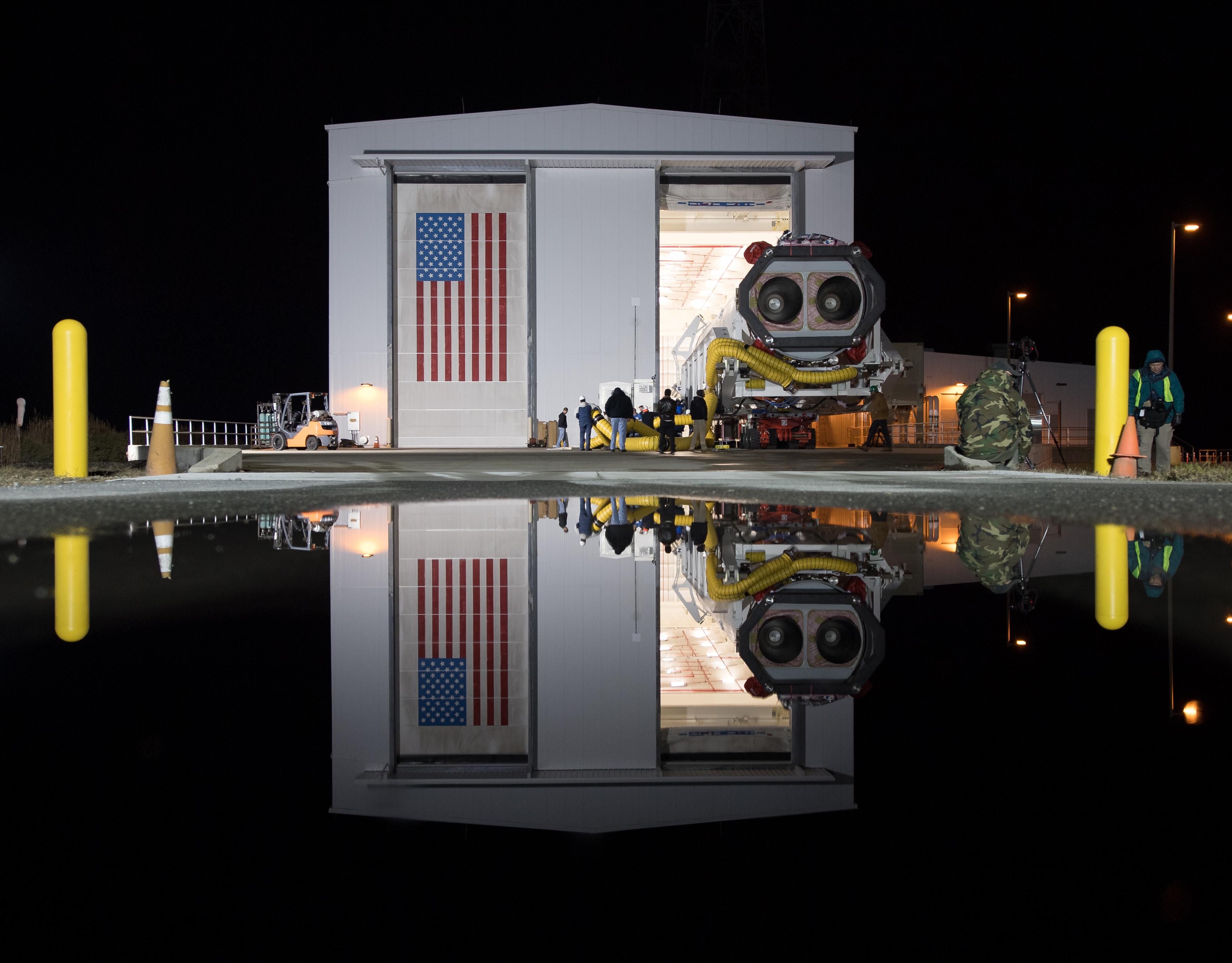 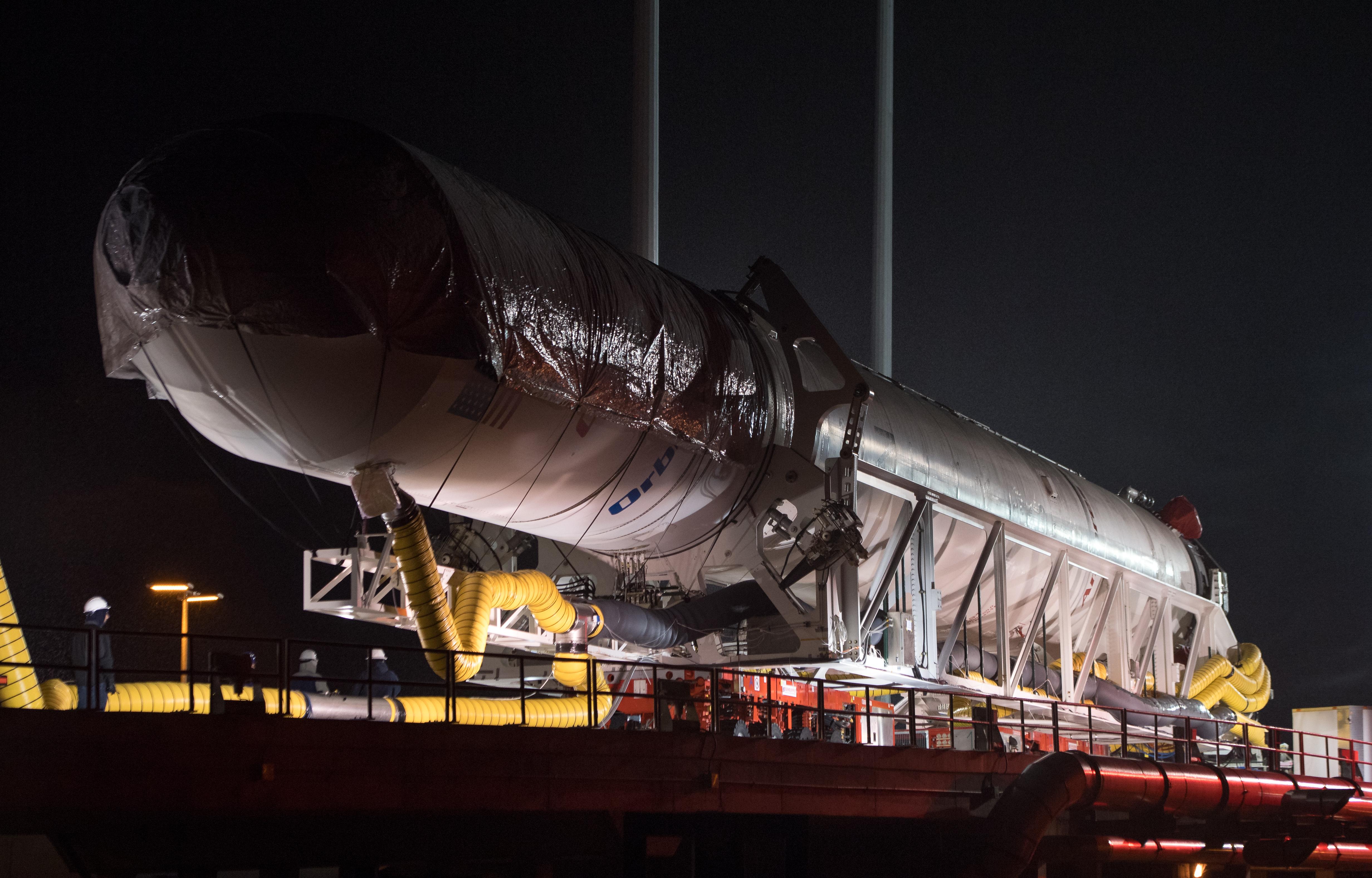 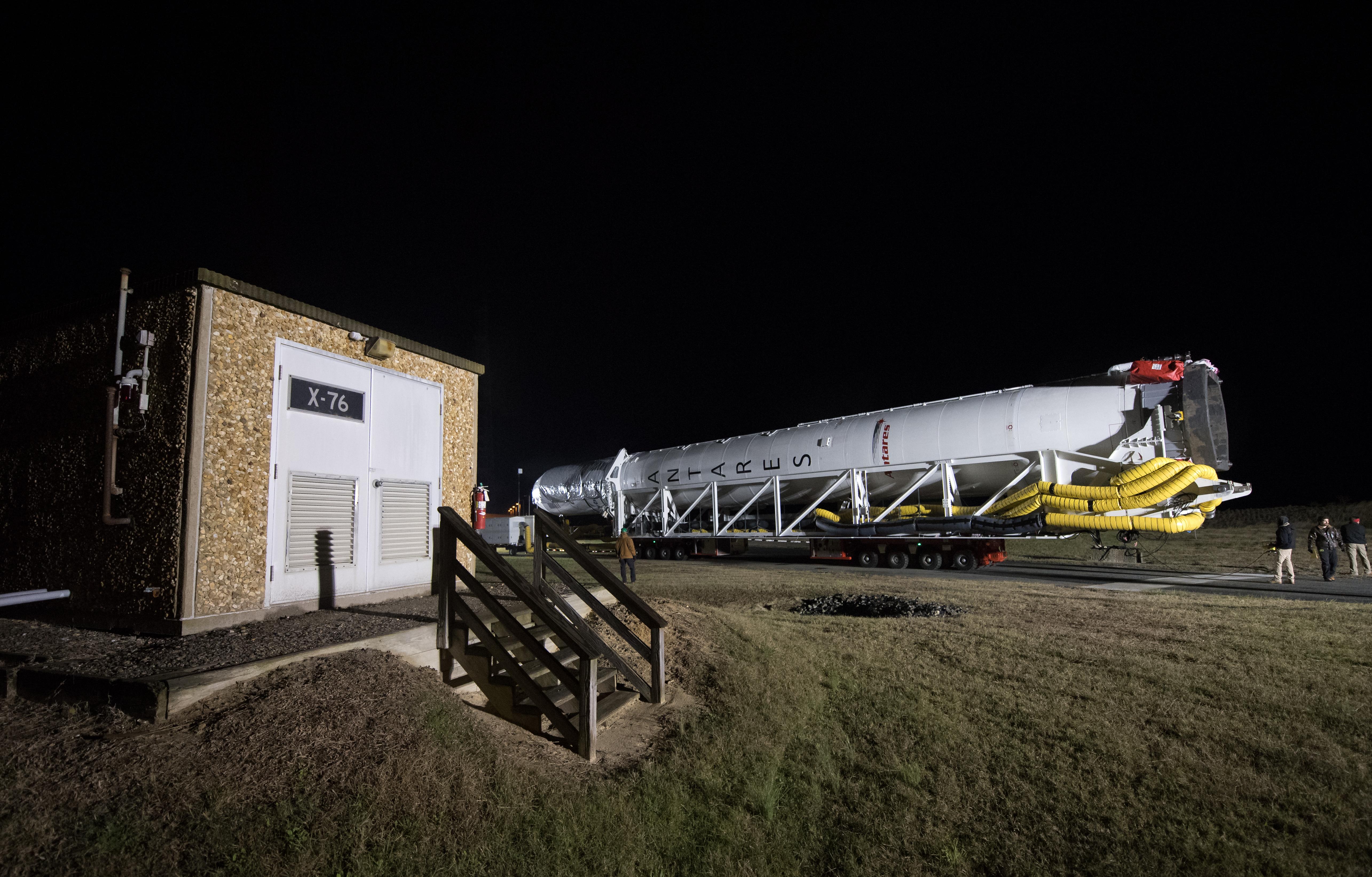 Delayed to tomorrow, as someone decided to fly a plane into the restricted airspace... :facepalm:

GLS said:
Delayed to tomorrow, as someone decided to fly a plane into the restricted airspace... :facepalm:
Click to expand...

I have the feeling an FAA pilot license is pending to be revoked there...

Wolf said:
I have the feeling an FAA pilot license is pending to be revoked there...
Click to expand...

Wish a brief hold would have worked for this one...

Not an instantaneous launch window. They had 5 minutes, but it takes alot longer than 5 minutes to safe and secure the vehicle from a last second abort. They were inside the automatic sequence so that added some time as well. Then once the safing had been done, they would have to restart the countdown again from whatever the last safe milestone would have been.

Orbital altitude really only have a small impact. See the Shuttle HST Service Missions for a great example of this quirk of orbital mechanics. Even though HST is at the service ceiling of the shuttle (600 km, burn half the OMS propellant just to get to it, the remainder for the de-orbit burn), they still had a 2 hour long launch window, even for the heavyweight Columbia. This was all thanks HST's placement in a low inclination orbit (28.5°, due east from KSC).

Geno is in space again!