Hatsunia (worldbuilding of an alternate-reality Japan)

A few years ago, I came up with a fictional Japan-like country on nationstates.net called Hatsunia, which was inspired by the virtual singer "Hatsune Miku." With Miku having some association with spaceflight, Hatsunia became the backdrop of some of my Orbiter add-ons (which I don't currently have the motivation to make). In 2017, I felt like fleshing out Hatsunia's history and setting more, so I looked to the alternatehistory.com forum for inspiration and advice.

Hatsunia is known as the "Land of the First Sound," for its easterly location where the first sounds of the day can be heard. The flag contains a negi (green onion), which is a major cultural symbol. It is an archipelago with three main islands: Midorijima in the west, Aoshima in the east, and Hokkaito in the north. The main islands are divided into 39 prefectures with the capital being Miraito, while the territory of Mikuroneshia ("Mi-" being pronounced the same way in "meal"), purchased from Spain in the late 19th century, is composed of 7 autonomous prefectures. [ame="https://www.orbithangar.com/searchid.php?ID=6424"]Negishima Space Center[/ame] is a part of this territory. 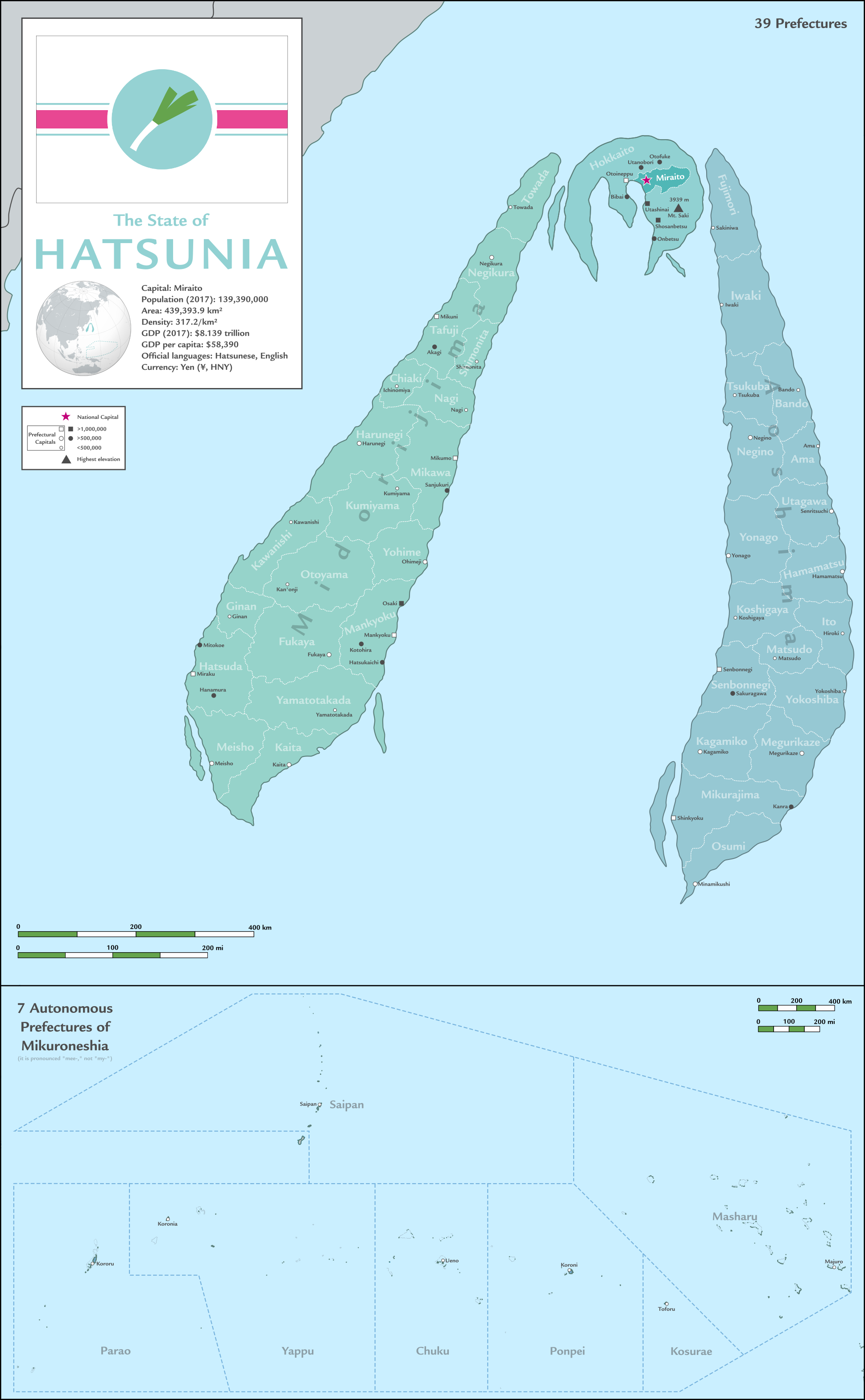 Hatsunia never tried to annex Korea, China, and other East Asian countries, and instead led the formation of a Mutual East Asian Cooperation Union, which is a genuine and benevolent version of the so-called "Greater East Asia Co-Prosperity Sphere." China had joined the Axis instead of its island neighbor to the east (which has a precedent in our universe) and was also defeated, which is why it is divided. (this map needs to be retconned somewhat, though) In creating the map for the world Hatsunia exists in, I used the Worlda template commonly used on alternatehistory.com. RvBOMally is a highly prolific maker of alternate history scenario maps using this template.

And it looks like this in 2046 (full description). I added some Orbiter references, too.

I cant even explain myself on this. but :rofl:
The island looks like her hair!

jgrillo2002 said:
I cant even explain myself on this. but :rofl:
The island looks like her hair!
Click to expand...

I've also started writing Hatsunia's history and a lot of other information in IIWiki (named after the International Incidents roleplaying section of nationstates.net, which I haven't really roleplayed in as I'm still trying to flesh out my country).

Still that is some pretty interesting work.

The wiki page for Hatsunia is finally complete.

Location
Somewhere, but not here.

Hatsunia's wiki page has been updated with some more images and text about the country's high-tech industry and other aspects. 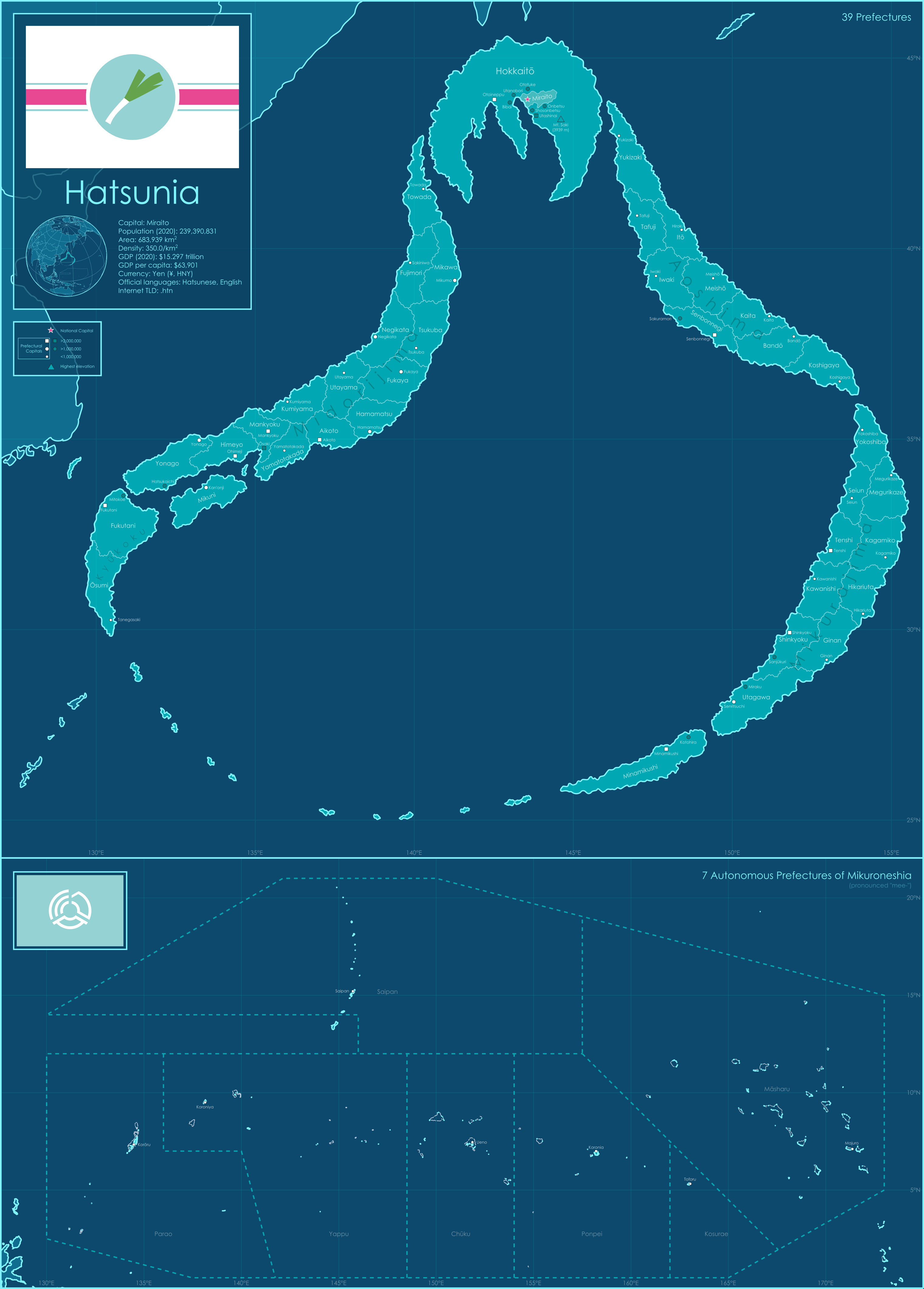 Question How did you get into Orbiter Sim?