A hypersonic plane took off and faded into the sky a few days ago: The dark-coloured plane showed up again and made a perfect landing hours after take-off.

The report says that it was the first flight by the plane at an undisclosed flight test centre.

An Aug. 25 report in Beijing-based newspaper China Aviation News praised the engine division of Xi'an-based aeronautic and aerospace firm AVIC Qingan Group. The report mentions a planned project which would see the development of China's first domestically-made turbofan-ramjet combined cycle engine, designed for an unnamed aircraft. The description of this engine suggests something resembling the Pratt and Whitney J58 variable cycle engine used by the SR-71 Blackbird.

A source close to the PLA Air Force was cited by New Outlook as stating that this is part of a project to develop a manned supersonic aircraft, currently in the preparation stages at a domestic research institute. The aircraft is expected to have a top speed faster than the Blackbird on completion, according to the source, although the project is yet to be formally launched.

The China Aviation News report stated that in the first half of 2015, the engine division of AVIC Qingan Group finished the design process for three engine products and gained approval for them in May and July.

The turbofan-ramjet combined cycle engine project, however, has never before been made public. The article stated that there is no precedent for the project and that China currently has no suitable heat-resistant materials for the project and therefore will have to contract overseas suppliers, adding that without the appropriate tools, they will have to go about making them from scratch.

A PLA Air Force source told New Outlook that the aircraft that will use this engine has been in experimental development for several years by an aircraft institute in the southwest. The aim of the project is to surpass the SR-71 Blackbird with a plane that can reach speeds of almost five-times the speed of sound, which is the upper limit of a ramjet engine. For higher speeds, a supersonic combusting ramjet (scramjet) engine is necessary. The aircraft is said to be a large manned plane, with a similar design to Mikoyan's mysterious Project 301 hypersonic aircraft. 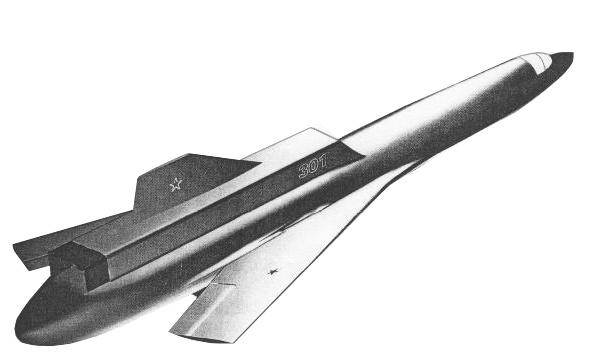 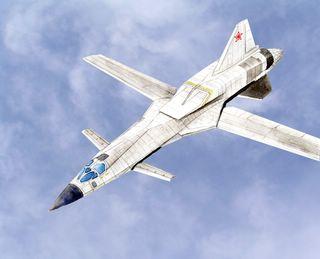 Recent secretive US spy sat imagery: possibly the one in top second from left

Near space hypersonic vehicle refers to high-altitude aircraft flying at an altitude of between 20 km-100 km with flight speeds greater than Mach 5. This area is also known as near space flight. It is the transition zone between the atmosphere and space, but also a blank area for ​​traditional aviation and aerospace. So flying military aircraft in this area can rely on the advantages of speed and altitude to complete difficult tasks ordinary aircraft can not complete, including reconnaissance, rapid strike, anti-satellite and so on. 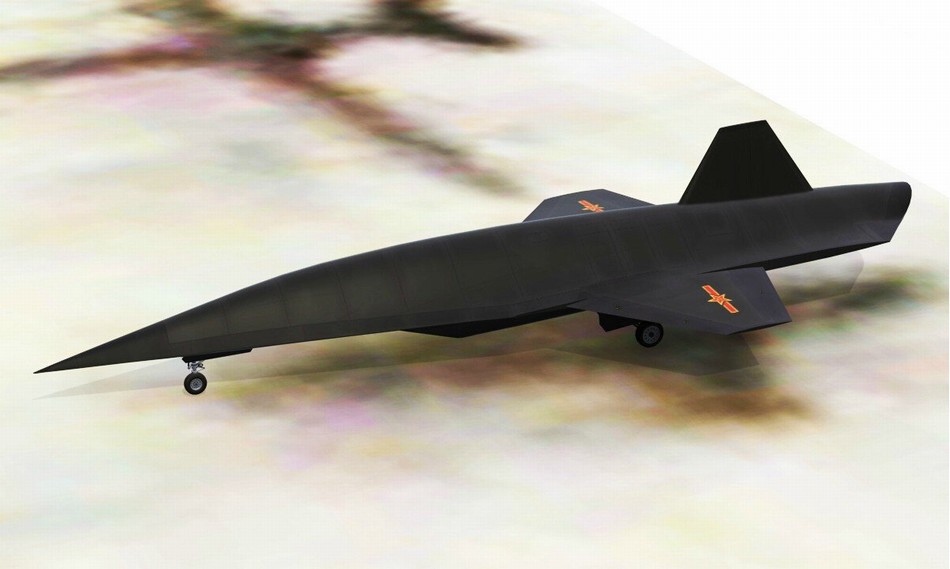 Hypersonic aircraft next flight test will be over the ocean. It is assumed that the September 18 test was conducted over land.

Monitoring 2,000 km (total test flight should be no less than 4000km) of the near space will require the use of two naval vessels and an aircaft. To monitor 15,000 km will require six aircrafts and six vessels.

What a nice-looking jet!

Scramjet Concept: This schematic from a Chinese academic journal shows a proposed Chinese scramjet. The scramjet developed and flown by Professor Wang's group would likely resemble this drawing.

Professor Wang Zhenguo was one of the nine recipients of the 2nd Feng Ru awards at CSAA's biennial conference in September 2015. Scramjet engines mix together air and liquid fuel at supersonic speeds, to result in the rapid combustion that propels aircraft and missiles at hypersonic speeds over Mach 5. In September 2015, Professor Wang received an award from the Chinese Society for Aeronautics and Astronautics (CSAA) for the successful development of China's first scramjet engine over the past decade. In fact, Professor Wang took the top billing at the 2nd China Aeronautical Science and Technology Conference (CASTC2015) Feng Ru Aviaion Science & Technology Elite Awards (Feng Ru was an early 20th century Chinese aviation pioneer). CSAA revealed that the kerosene-powered scramjet engine has successfully conducted flight tests, which makes China the second nation in the world, after the American X-43 and X-51 test vehicles, to develop a working scramjet engine for sustained atmospheric hypersonic flight.


Hypersonic technology is a key part of the national security 863 research initiative. In spite of longstanding Chinese difficulties in building turbofan engines, scramjet engines are a vastly different and emerging field that China has a opportunity to build a lead in. Along with the successful hypersonic glider vehicle WU-14 tests (which demonstrated Chinese capability in working high strength, thermal resistant aerospace materials), China has the world's largest hypersonic wind tunnel, the JF-12. The JF-12 can produce speeds of up to Mach 9 (NASA"s hypersonic wind tunnel reaches to only Mach 7). The JF-12 would provide Chinese scientists with a convenient way to observe supersonic airflow of different scramjet configurations, in addition to directly testing material durability in laboratory conditions, rather than having to make difficult and expensive high-altitude engine test flights.

Professor Wang's award comes after an interesting rumor making the rounds about Chinese supersonic flight. On September 18, 2015, China Aviation News, a respected source on Chinese aerospace developments, posted an article on the successful test flight of a Mach 4+ reusable UAV testbed that used a variable cycle turbo-ramjet engine (the engine uses a turbofan/turbojet at lower speeds, but redirects air to the ramjet at speeds above Mach 2.0). In comparison, the SR-71 only flew at speeds of about Mach 3.2. However, China Aviation News quickly yanked the article in a matter of hours, suggesting that they may have inadvertently (or deliberately as a signal) posted restricted information.

If it has flown, the Chinese variable cycle engine could be combined with Professor Wang's scramjet to form the holy grail of hypersonic flight, a combined turbine/scramjet engine. Such a combined engine would use subsonic speeds to takeoff, power the ramjet to high supersonic speeds, before transforming into scramjet mode for speeds above Mach 5. Lockheed Martin has proposed using a similar concept of combined engines for the Mach 6 SR-72, a near-space UAV, to the US Air Force.

That China has made so much progress in the new field of air breathing hypersonic flight graphically illustrates the ability of military newcomers to gain rapid advances in emerging technologies.

In that first post.. the photo of the tail section... Are they sending that hypersonic.. ?

Col_Klonk said:
In that first post.. the photo of the tail section... Are they sending that hypersonic.. ?
Click to expand...

I should have deleted that picture days ago, as many forums already classified it as a crude fake one. In addition it has been photoshoped.

But earlier sources presented close-up images of some sort of engine entry part quite similar in shape. This is common practice for many new secret hardware (first image of the CZ-2F, J-20, etc.)!