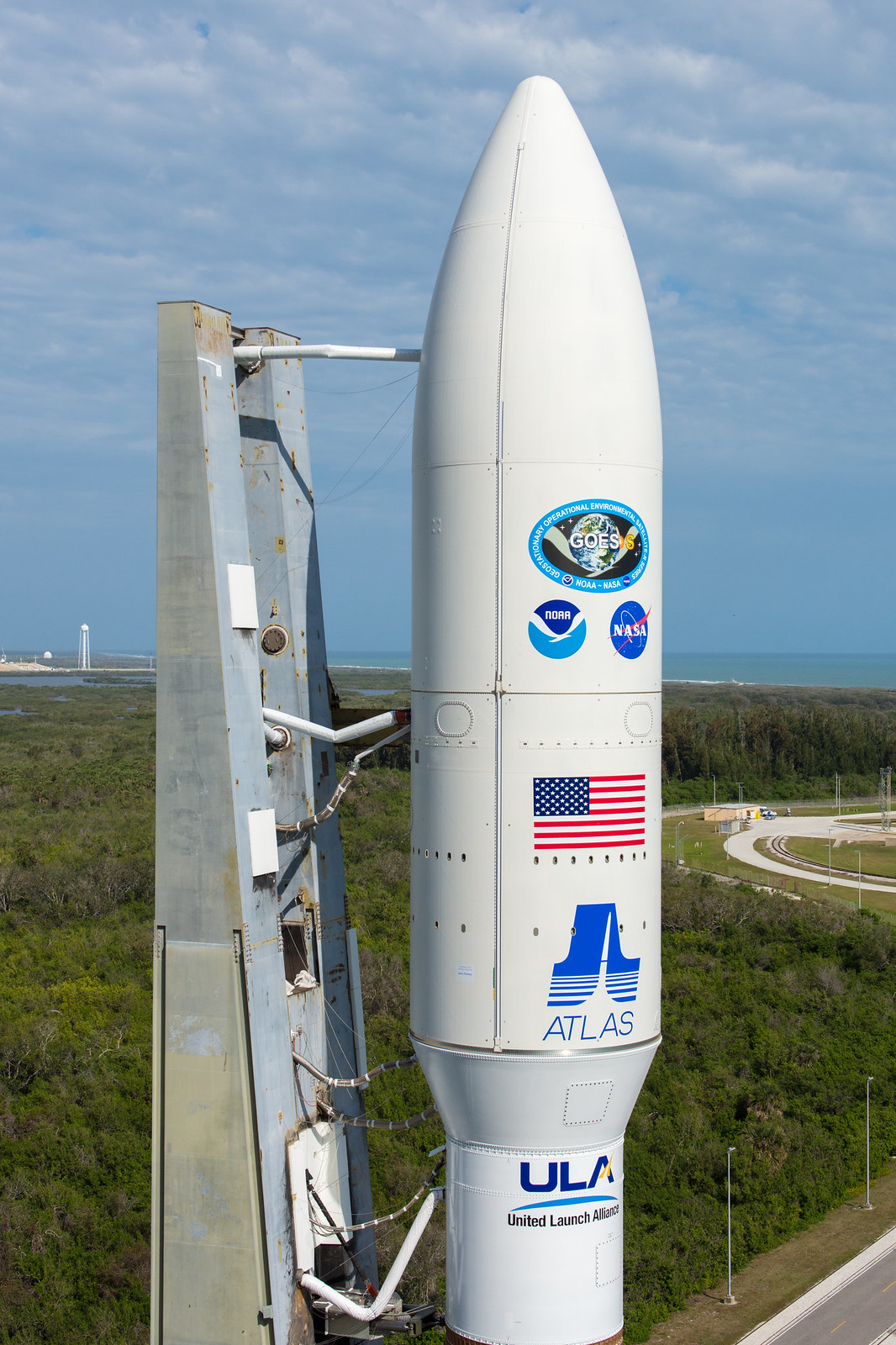 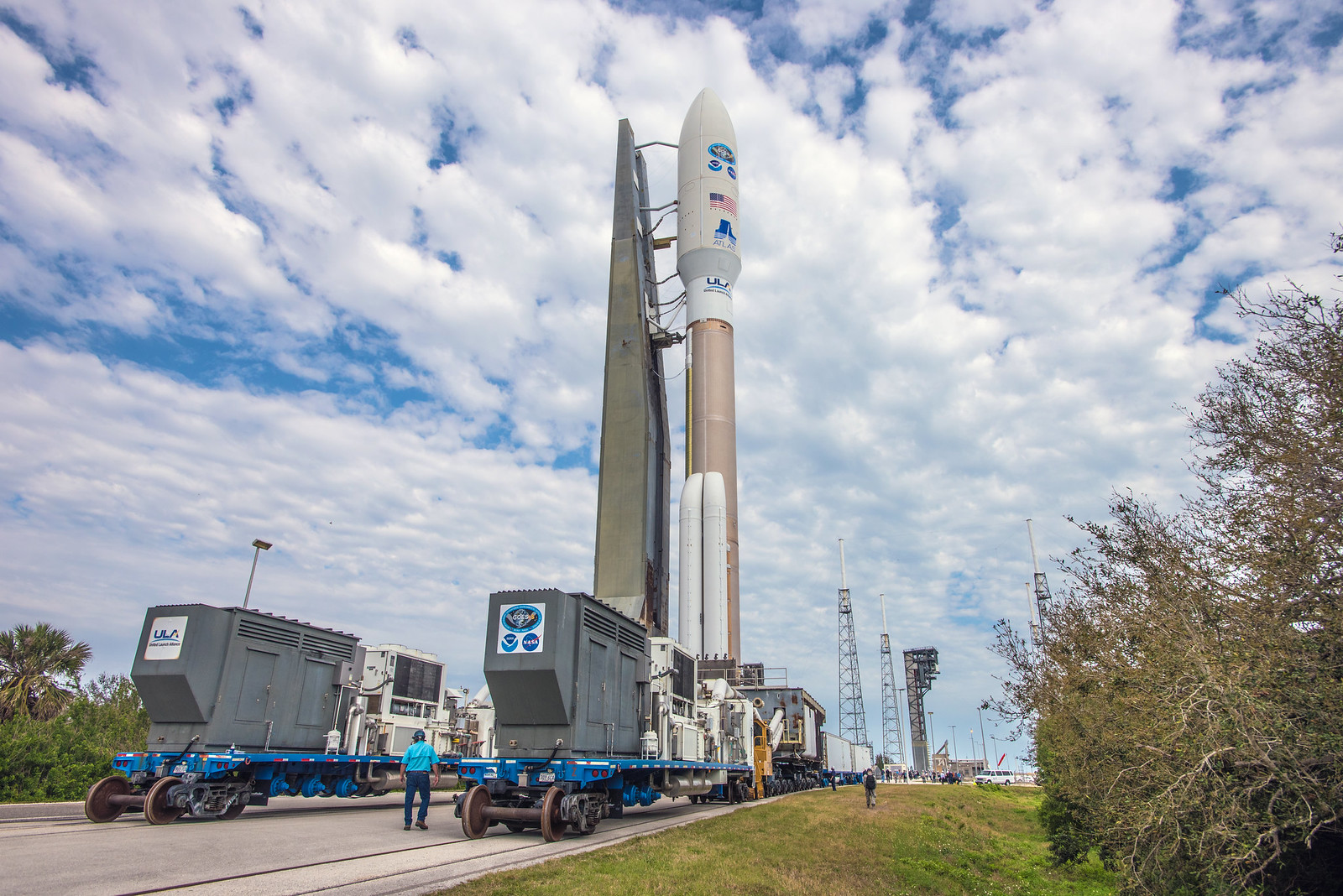 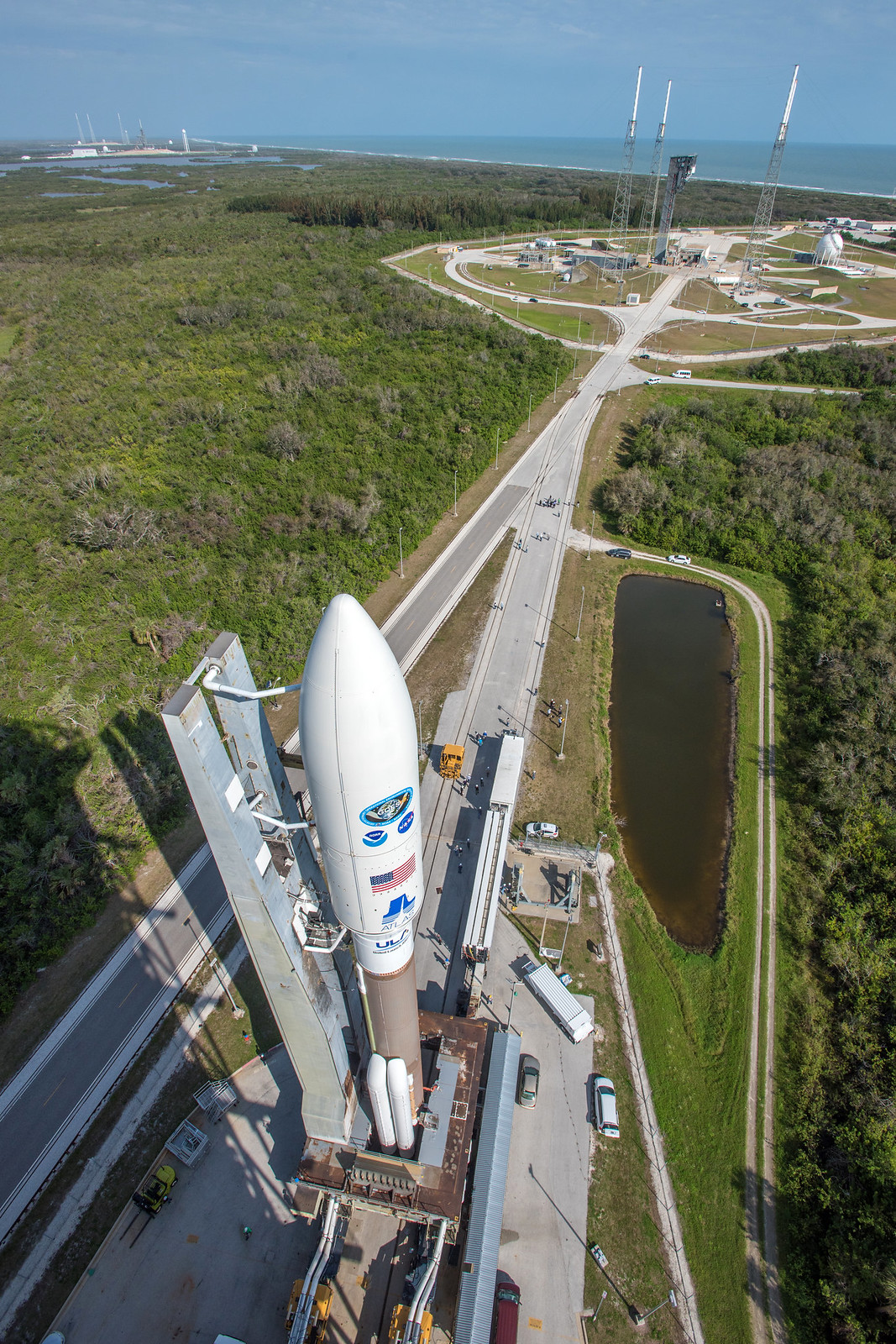 A United Launch Alliance Atlas V rocket will launch the GOES-S weather satellite for NASA and the National Oceanic and Atmospheric Administration as the second in an upgraded generation of Geostationary Meteorological Satellites, delivering critical data for weather now- and forecasting. Built by Lockheed Martin, the 5,200-Kilogram satellite hosts the Advanced Baseline Imager capturing 16-channel imaging and atmospheric sounding data, a Lightning Mapper, space environment sensors and solar instruments – delivering all necessary parameters for terrestrial and space weather assessments. Two active GOES satellites are required for coverage of the entire contiguous United States and the Atlantic and Pacific Regions of interest for U.S. weather forecasting.

GOES-S is the second of four satellites to be launched for the National Oceanic and Atmospheric Administration (NOAA) in a new and advanced series of spacecraft. Once in geostationary orbit, it will be known as GOES-17. Like the other satellites in the series, GOES-S carries a suite of sophisticated Earth-sensing, lightning-detecting, solar imaging and space weather monitoring instruments. The advanced technology on board GOES-S will provide critical data and imagery in near-real time on severe weather events such as thunderstorms, tornadoes, hurricanes and flash floods, as well as hazards like fog, aerosols, dust storms, volcanic eruptions and forest fires.

ULA and their heritage rockets have launched all of the operational GOES satellites, including GOES-R in November 2016. GOES-S marks the sixth Atlas V to launch in the 541 configuration, the first of which was the rocket that launched NASA's Curiosity rover to Mars in 2011. 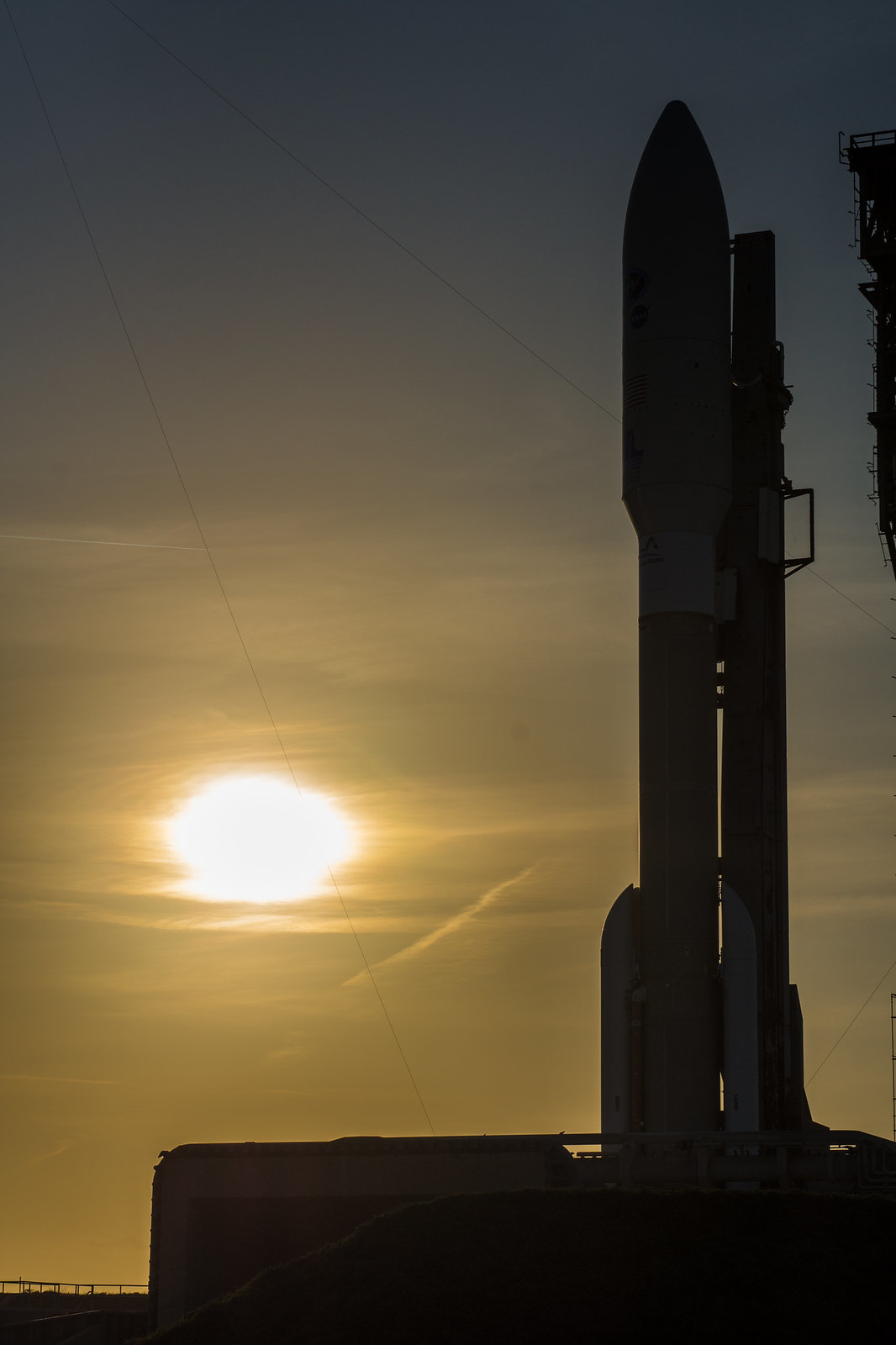 GOES-R, S, T & U represent the fourth generation of geostationary weather satellites operated by the National Oceanic and Atmospheric Administration (NOAA) in a collaborative effort with NASA. The satellites are considered the most powerful meteorological spacecraft ever built and host a newly defined sensor complement offering superior data acquisition time and quality for enhanced monitoring of weather across the American continent.

The National Aeronautics and Space Administration (NASA) announced in December 2008 it has selected Lockheed Martin for award of a contract to build the next-generation Geostationary Operational Environmental Satellite R-Series, known as GOES-R, for the National Oceanic and Atmospheric Administration (NOAA). The basic contract is for two spacecraft (GOES R and GOES S). Two options each provide for one additional spacecraft (GOES T and GOES U). The total estimated value of the basic contract including options is $1.09 billion.

The Atlas V 541 Launch Vehicle is a part of the flight proven Atlas V 400/500 family that is being operated by United Launch Alliance. Atlas V rockets are flown since 2002 and have a near-perfect success rate (one flight was a partial failure, however the mission was catalogued as a success).

Notable launches made by the Atlas V 541 version include the Mars Science Laboratory spacecraft in 2011. With a liftoff mass of 540,300 Kilograms, it is the second heaviest of the SEC (Single Engine Centaur) Atlas V Fleet as the 541 version features four Solid Rocket Boosters.

Atlas V 541 features a 5.4-meter payload Fairing under which it can carry payloads of up to 17,443 Kilograms to Low Earth Orbit.

Seriously, no one posted this gloriousness???

MaverickSawyer said:
Seriously, no one posted this gloriousness???

Watched the launch, fell asleep. I like the camera work on this one.

MaverickSawyer said:
Seriously, no one posted this gloriousness???

You know, I've read plenty of explanations about it, but I still find it amazing that somebody can photograph that super bright exhaust plume and still get decent exposure on the much darker background like that.

We got some problems with this one. The National Oceanic and Atmospheric Administration said that the cooling system of the Advanced Baseline Imager (ABI) on the GOES-17 weather satellite did not startup as planned during on-orbit checkout a few weeks ago. The satellite, previously known as GOES-S, launched on an Atlas 5 March 1.

The cooling system is needed to keep ABI’s detectors at an operating temperature of 60 kelvin. That system is not working sufficiently for 13 of the instrument’s 16 bands, at infrared and near-infrared wavelengths, during part of each orbit. Three other bands, which operate at visible wavelengths, are not affected by the cooling issue. Other instruments on the spacecraft are also not impaired.
Click to expand...

Source: NOAA, Spacenews.com, ArsTechnica
You must log in or register to reply here.