The deployment of the US military's largest mobile communication satellite network continues with the 4th of 5 satellites slated to join the fleet now on the iconic launch pad at Cape Canaveral waiting for liftoff.

MUOS-4 is the latest member of the under construction fleet of the US Navy's Mobile User Objective System, a.k.a. the new US military satellite 3G mobile communication system. Currently in testing mode, MUOS will eventually provide worldwide mobile data transfer capability that will be crucial to all US forces. With the satellite's huge 46-foot (14 meter) diameter reflector, "battlefield phone calls" from anywhere in the world, even at the poles, are now possible. This one follows the launch of MUOS-1 in February 2012, MUOS-2 in July 2013 and MUOS-3 this January.

Interestingly there's something new on this Atlas V - for the first time in its history, the Centaur upper stage, the interstage and the 500 series support structures were first integrated in an ex-Titan rocket processing facility before transferring to the vertical integrated facility at SLC-41 as a single piece. This shaves a few days off the processing schedule compared with directly lifting the individual pieces at the VIB, and also lowers the chance of adverse weather impacting the launch schedule:


With tropical storm Erika now gone from Florida, it's time to fly! 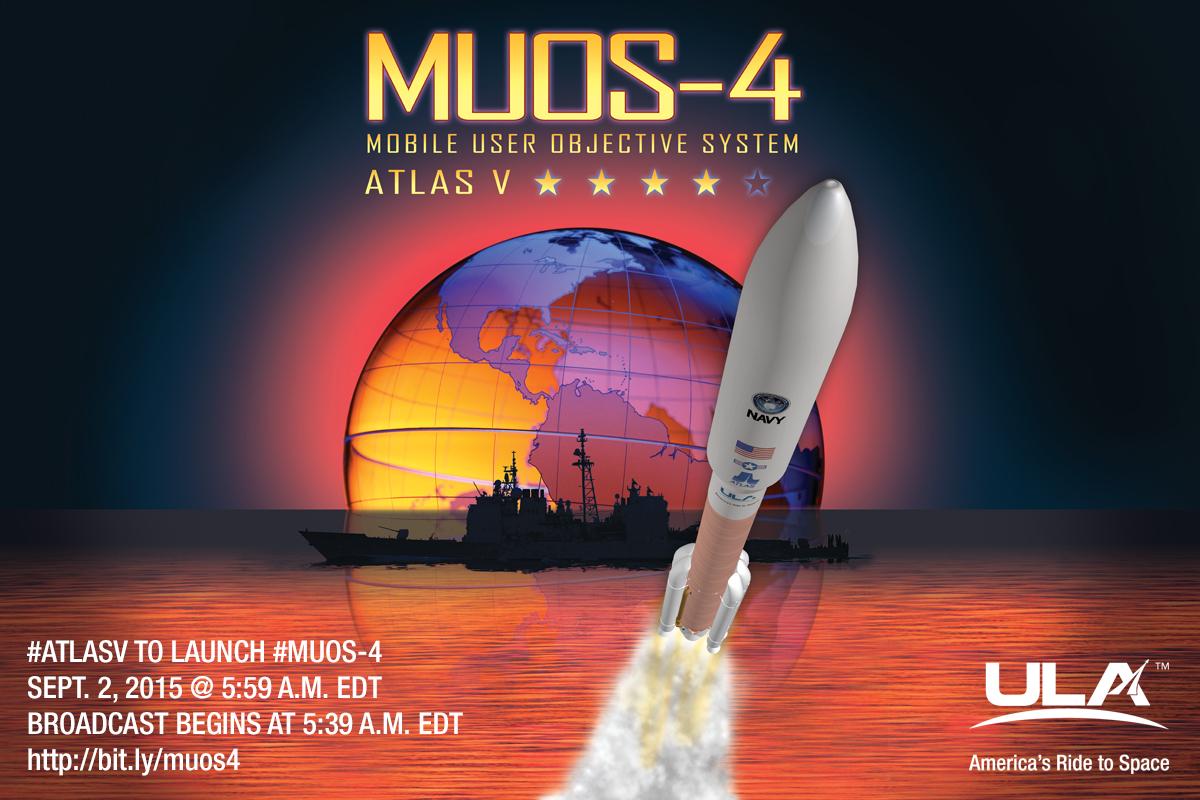 Just put a link to the last MUOS. What more could you say? They launch one about every year. Another goodie for the military.

boogabooga said:
Just put a link to the last MUOS. What more could you say? They launch one about every year. Another goodie for the military.
Click to expand...

Well, I've managed to find something to say.

Wow. Most spectacular launch I have seen for a long time!

Galactic Penguin SST said:
Wow. Most spectacular launch I have seen for a long time!

And I've missed it :facepalm:I was able to watch it, and I still missed it.
But, nice launch indeed!

And here's the full collection:

Found this via Foxtrot Alpha... 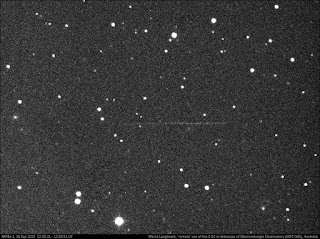 On September 16, I was using the Warrumbungle 0.51-m telescope in Australia to track MiTEx. Indeed, MiTEx 1 (2006-024A) was imaged as a faint object close to the expected location (image above).

But about 5 degrees Northeast of MiTEx 1, I imaged another, very bright object (see image below) at approximately 172 W. It was too bright to be MiTEx 2 and didn't fit any known object. This UNID turned out to be the newly launched classified military COMSAT, MUOS 4 (2015-044A). 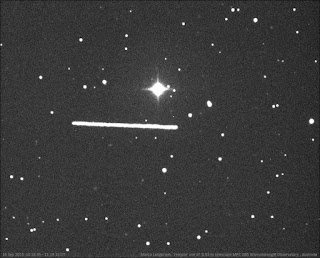 MUOS 4 was launched from Cape Canaveral with an Atlas V rocket two weeks earlier, on 2 September 2015. It is the fourth satellite in the Mobile User Objective System (MUOS) system of Geosynchronous narrowband communication satellites, the first of which was launched in 2012. This system of military COMSAT is to provide communication facilities to 'mobile users': i.e. military personel in non-fixed positions such as ships, aircraft, tanks and vehicles or on foot. It is a replacement for the aging UFO constellation of COMSAT.

...while the spare satellite (MUOS 5, to be launched) will be placed at longitude 72 E. Compare this to the actual locations of the MUOS satellites according to our tracking: 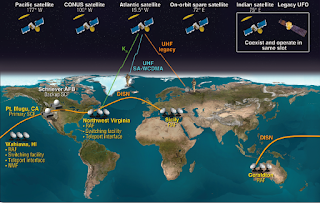 Current locations of MUOS satellites,
based on amateur tracking:

The map and table above show the current locations of MUOS 1, 2 and 3 (from Mike McCant's INTTLES file). The positions agree well with the slots depicted in the mentioned publication.

(and yeah: if you think it is a tad silly that these orbits are 'classified' while the intended orbit slots have been published in a publicly available publication, you are of course right).

The yellow dots in the map are ground facilities related to the MUOS system. The MUOS constellation is designed such that each satellite has at least two Radio Acces Facilities (RAF) in range. 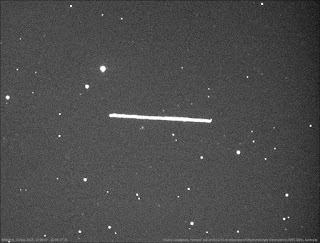 My additional observations on September 24 (see image above) show that MUOS 4 is stationary at 172 W, as depicted in the map below. An approximate orbit for the satellite can be found here. 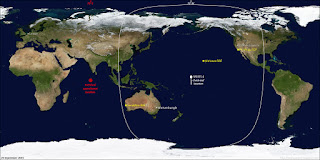 As MUOS 4 appears intended for an operational slot at longitude 75 E over the Indian Ocean (red dot in the map above), this means the current location at 172 W is not the intended operational longitude. Rather, it is a temporary initial check-out location. Once check-out is completed (and this might take several weeks), it will probably be moved to longitude 75 E. 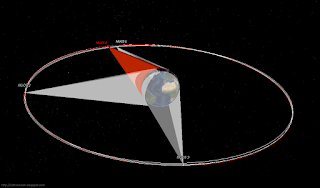 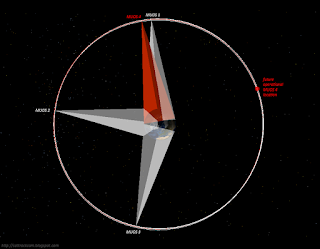 This check-out position at 172 W has been used for the MUOS satellites before, according to Ted Molczan (priv.com). It is in range of three MUOS ground facilities: two Radio Acces Facilities (RAF) at Wahiawa in Hawaii and (although barely) Geraldton in Australia, and the primary Satellite Control Facility (SCF) in Pt. Mugu, California.