Anyone working on these for Orbiter? The Dynetics lander looks really interesting.

The SpaceX one as well... the National Team lander looks a bit too conventional IMHO, but this might make it successful.

I was working on Lockheed Martin one

Playing around with the old BFR meshes, to make a 'Moonship'.

We should have a Dynetics lander for its unique features:

Loved the design for the Dynetics version, as it looks like an flying space trailer!

Jeremyxxx said:
Loved the design for the Dynetics version, as it looks like an flying space trailer!
Click to expand...

Well, it's quite similar to the "For All Mankind" base: 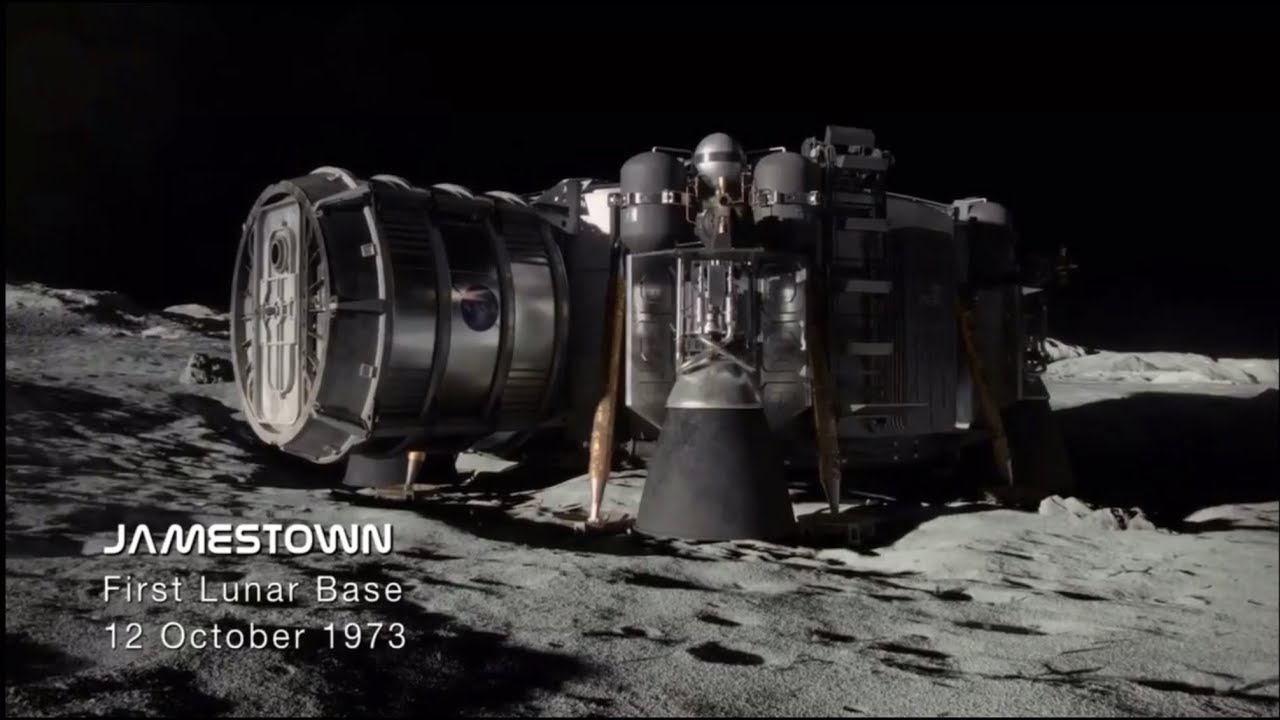 Made a proof-of-concept Moonship, which is a Starship for Lunar operations. Feel free to play around with it.

Added hover engines halfway up the vessel, like the published screenshot indicates. Very little is known on this ship, so I made several assumptions on thrust and mass. The contact points are farther spread out than shown in the mesh, otherwise it would always topple at landing.

francisdrake said:
otherwise it would always topple at landing.
Click to expand...

I am sure, this could be prevented in real life and in Orbiter by keeping the horizontal velocity very low.

But yes, the Powerpoint Landing Gear is pretty small compared to the height of the CoG, I am sure they will change this to something less clean looking. :lol:

Here is a slightly updated version of the Moonship lander. It has 'SpaceX-style' landing legs, which can be extended with [G]. Added a body-mounted solar panel on the back, a centerline docking port and removed the sea-level Raptor engines, as this ship will operate only in a vacuum environment.

Scenarios
Moonship at Brighton Beach
Moonship landed at the Brighton Beach Moon base. Launch, pull back and yaw left to a heading of 90° to a lunar orbit. Rendevous with the MoonTanker.

Moonship docked to Tanker
After refilling the tanks, undock the Moonship from the tanker. Your orbit is coplanar to the Moon's orbit. When reaching the dotted node-line perform a prograde Trans-Lunar Injection (TLI).

Moonship on SuperHeavy
This is a test flight of the Moonship on the SuperHeavy stage. Start the main engines with Num[+]. Gently pull back to a flight angle of +20° and yaw right to 90° heading.

Note: The scenarios are optimized to perform the next step. The date and orbital inclination are set-up properly.

The Moonship is now an addon, but what about the Blue Origin Integrated Lander Vehicle?

I would definitely be willing to help, but I have no experience
May as well start getting experience now

On the Dynetics site are 3d printable model in stl files. I think one can import into blender. And make a mesh of the lander. The animations,... can be done thru Vessel Builder.

Note that the license for that site states that (section 21):

For illustration, approved distribution or use of Product as Incorporated Product includes, but is not limited to:
...
- as purchased by a game’s creators as part of a game if the Product is contained inside a proprietary format and displays inside the game during play, but not for users to re-package as goods distributed or sold inside a virtual world;
...
If you use any Product in software products (such as video games, simulations, or VR-worlds) you must take all reasonable measures to prevent the end user from gaining access to the Product. Methods of safeguarding the Product include but are not limited to:
...
The resale or redistribution by the Buyer of any Product, obtained from the Site is expressly prohibited unless it is an Incorporated Product as licensed above.
Click to expand...

So after buying, you'll probably have to encrypt the mesh, like what has been done on the meshes in AMSO.
Optionally, you can contact the mesh artist and try to find a better agreement (although encrypting is a perfectly fine way to do it, if you're willing to pay the $28 [currently] and have the skills to code it).
You must log in or register to reply here.
Share:
Facebook Twitter Reddit Pinterest Tumblr WhatsApp Email Share Link
Top