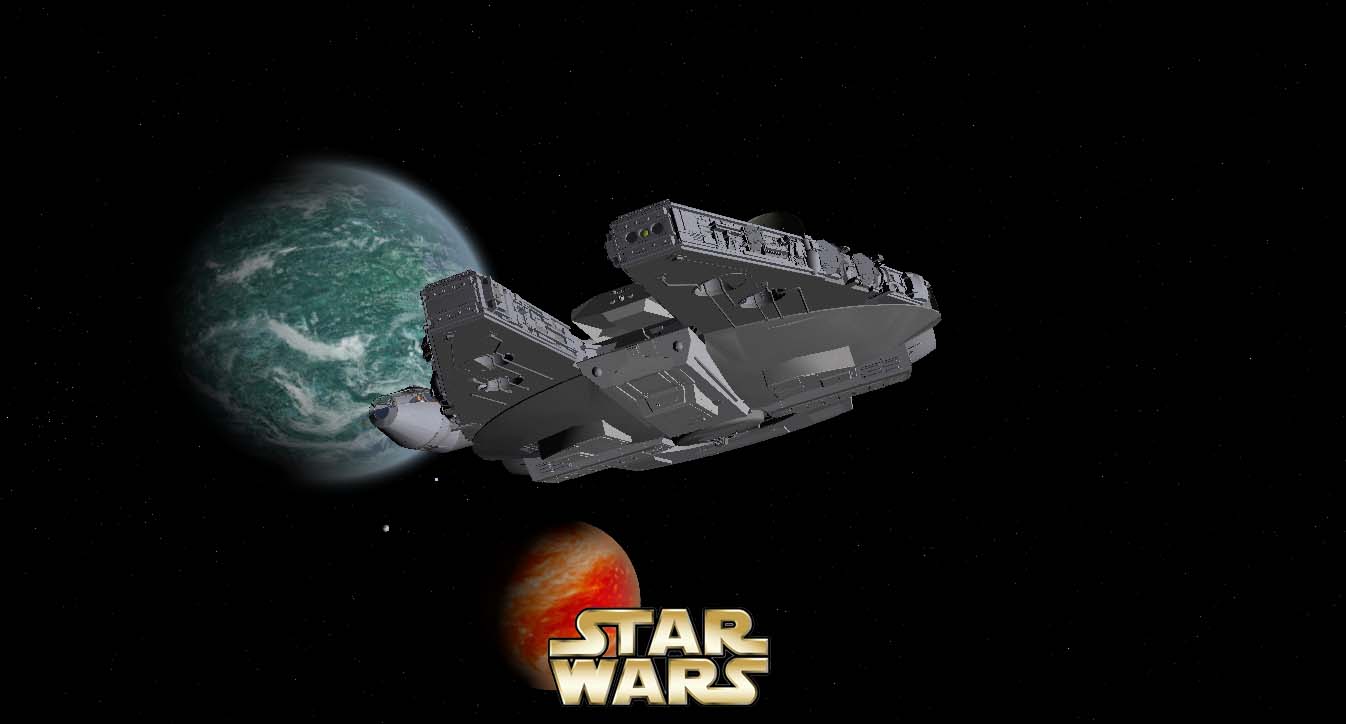 This is an updated version of the SW Universe add-on, originally by rodrigo. This update includes better textures, more accurate physical parameters, four new planets (Bespin, Utapau, Kashyyyk, and Kamino) and plenty of new moons. The add-on is part of a larger project by myself and Trekkie re-creating the major worlds of the Star Wars universe. (Of course, in the actual Star Wars universe, these worlds are all located in different systems, thousands of light-years apart.)

The included scenario requires the SW Universe, Super Millennium Falcon v4.2, stevecast's X-Wing fighter, Imperial Star Destroyer, and Naboo Cruiser. As for the add-on itself, I promise you won't be disappointed. Enjoy!