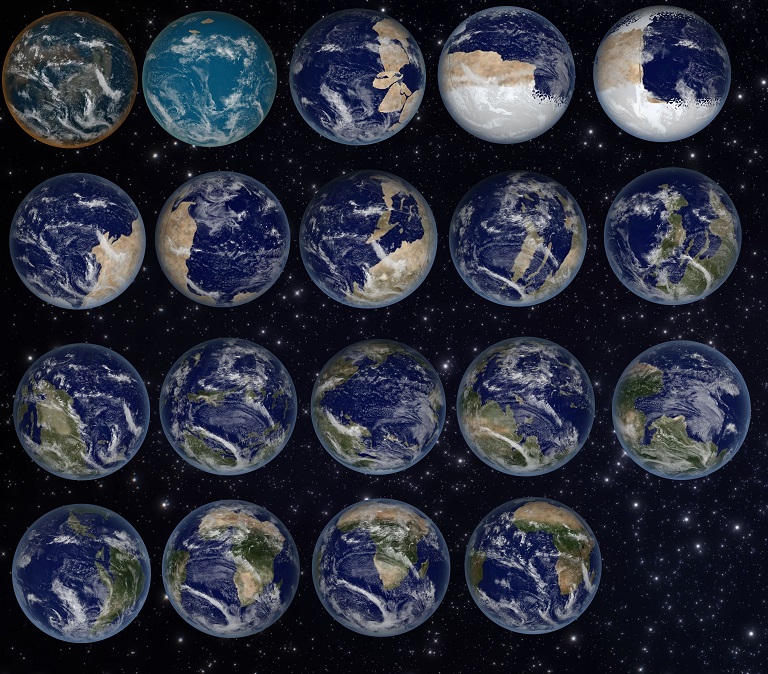 This addon simulates the Earth as it would have appeared at various times throughout its history to anyone in space or up in the atmosphere. This addon was created using the most accurate knowledge we have. But in some cases, we still just don't know all the details yet.
What you get:-Included are 19 unique Earths and their Moons orbiting their Suns representing 4200 million years history, including the obvious such as continental drift, to minute details such as atmospheric color.Â
-As a bonus, you also get 2 snapshots in Mercury's history, 2 snapshots of Venus's history, 2 snapshots from Mars's history, 1 snapshot from Jupiter's history, 2 snapshots from Saturn's history, and 1 snapshot each for Uranus, Neptune, and Triton.
-19 unique scenario files to load in the 19 unique aged Solar Systems (sol####.cfg), located in the folder "Paleo Earth for Orbiter 2010". They come with a little bit of description to save you a trip to Wikipedia. Your existing scenarios are unaffected and will still load Sol.cfg with the bases and buildings humans have built in the Holocene.
Several base textures were provided by Martin Schweiger in the Orbiter Distribution that have been recolored to change age. 19 Earth.xxxx texture file references: Christopher Scotese, The Visible Paleo Earth Project; The Planetary Habitability Laboratory @ UPR Arecibo, NASA, Ron Blakey and Colorado Plateau Geosystems, Inc., and The PaleoMap Project.; University of Sydney Cesium Viewer, Rodinia Constructor; Encyclopedia of Brittanica; Simone Marchi, NASA Ames Research Center, 2 Venus.xxxx texture files: Everything is Electric 2018, 1 Mars.xxxx texture files: NASA, 1 Jupiter.xxxx texture files: NASA/JPL/CALTECH.