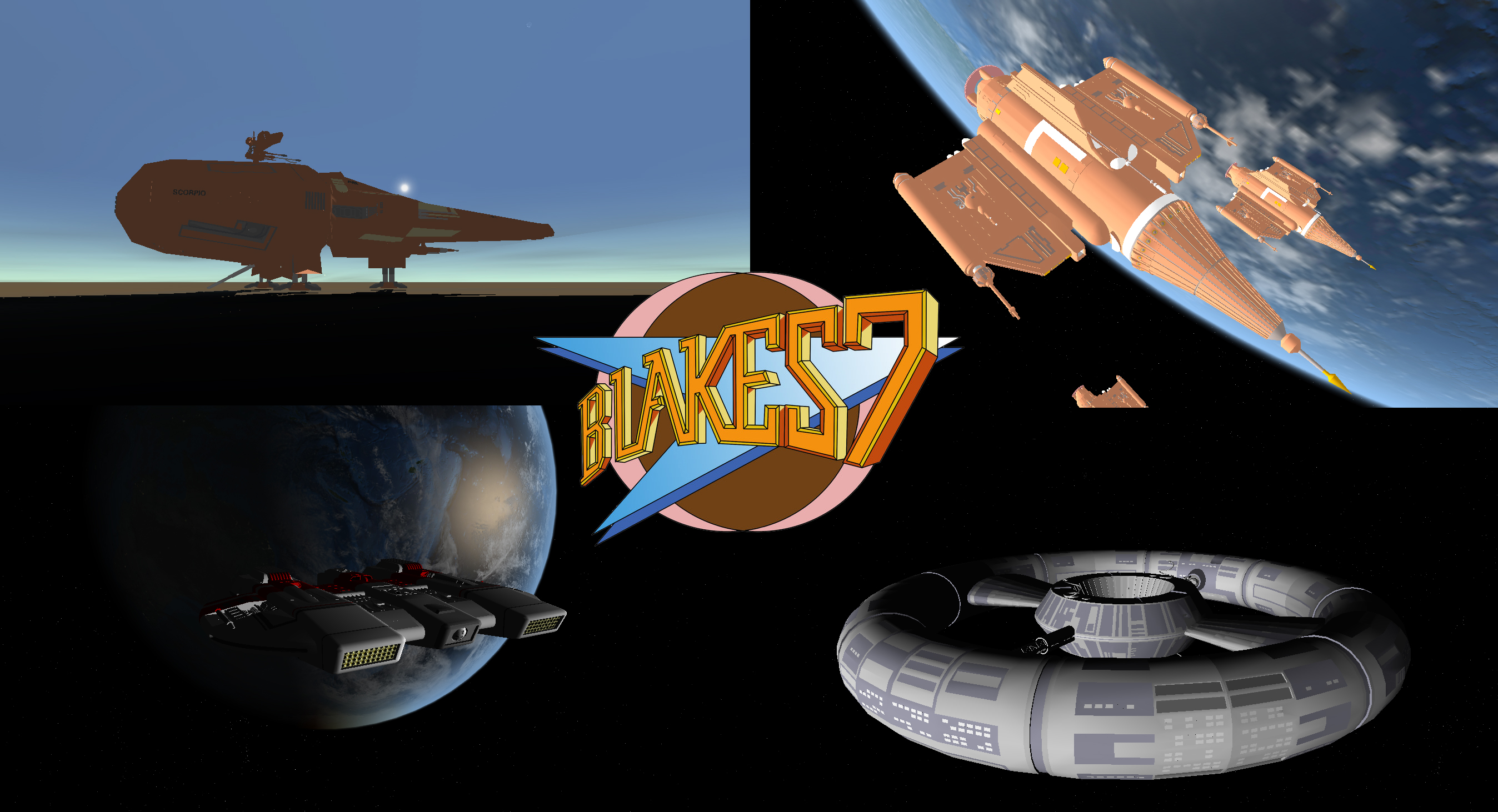 This is a collection of spacecraft from the classic BBC sci-fi series Blake's 7. Some of the scenarios require DSV2 Liberator by the Ragtag Fleet, while the one base requires Mars 2060 for meshes.

This add-on has been a collaborative effort between myself and gattispilot. All spacecraft meshes are by cyberia23, converted and refined by gattispilot, who also assisted in providing docking port and engine parameters for the vessels' configuration files. The Domed City is a modification of Base 431 by doej59388, with additional structures added using Orbiter Base Maker.

(Oh, and one other thing - I regret that I was unable to include the show's theme music as part of this package, but unfortunately I don't own the clearance rights.)